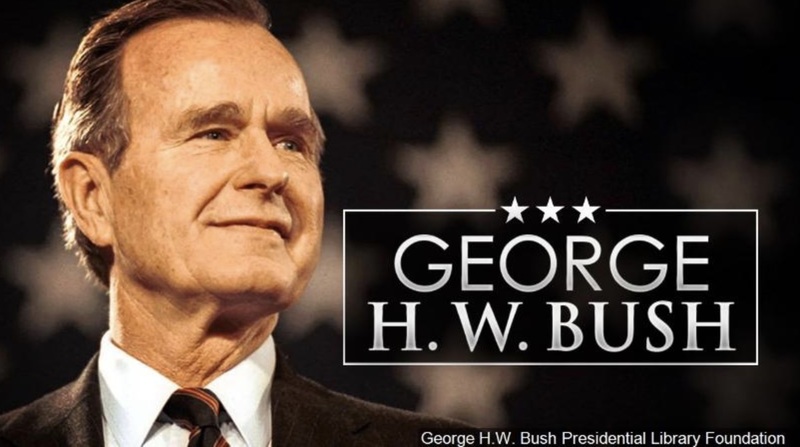 Not many automatically associate the late President George H.W. Bush with the words “climate legacy.”

In a 1988 campaign speech, Bush said: “Those who think we are powerless to do anything about the greenhouse effect are forgetting about the White House effect. As president, I intend to do something about it.”

And he did. The Fourth National Climate Assessment the Trump Administration released the day after Thanksgiving is a product of the U.S. Global Change Research Program, which Bush created by presidential initiative in 1989 and Congress later codified into law by a (striking given today’s partisan standards) unanimous vote. The program’s mission is to “assist the Nation and the world to understand, assess, predict, and respond to human-induced and natural processes of global change.”

In 1989 Bush’s Secretary of State James A. Baker received this memo from Acting Assistant Secretary Richard J. Smith: “Global climate change is the most far reaching environmental issue of our time. If the climate change within the range of current predictions actually occurs, the consequences for every nation and every aspect of human activity will be profound. As you yourself stated we cannot wait until all the uncertainties have been resolved before we act to limit greenhouse gas emissions and to prepare for whatever climate change we are already committed to.” Today, Baker, along with another former Secretary of State, George Shultz, is a key advocate for the carbon dividend plan.

Bush also joined other worlds leaders at the 1992 Rio Earth Summit to adopt a series of international environmental agreements, including the creation of the United Nations Framework Convention on Climate Change (UNFCCC), the international body with the long-term objective of avoiding dangerous human interference with the climate system. Bush left the Rio Earth Summit declaring that Americans are “the leaders, not the followers,” on environmental issues and will be “pre-eminent” in carrying out the accords signed at that time.

On his watch, Congress broke a logjam to pass the Clean Air Act Amendments of 1990, heralded for its free market approach to addressing the Acid Rain problem.

His accomplishments were underpinned by science, urgency, and thoughtful action. But overall, his passing reminds us that politics used to be a little less bitter, a little less partisan.