Nearly half of Americans report they are experiencing impacts of global warming right now, according to a national survey by our friends at the George Mason University Center on Climate Change Communication and the Yale Program on Climate Change Communication. The findings, as reported in Climate Change in the American Mind, indicate a shift in thinking away from climate change being “a polar bear problem, not a people problem,” according to GMU’s Ed Maibach, a lead researcher on the report. The survey also found that 73 percent of Americans say global warming is happening, 62 percent understand that the warming is mostly caused by human activities, and 69 percent are at least “somewhat worried” about it. 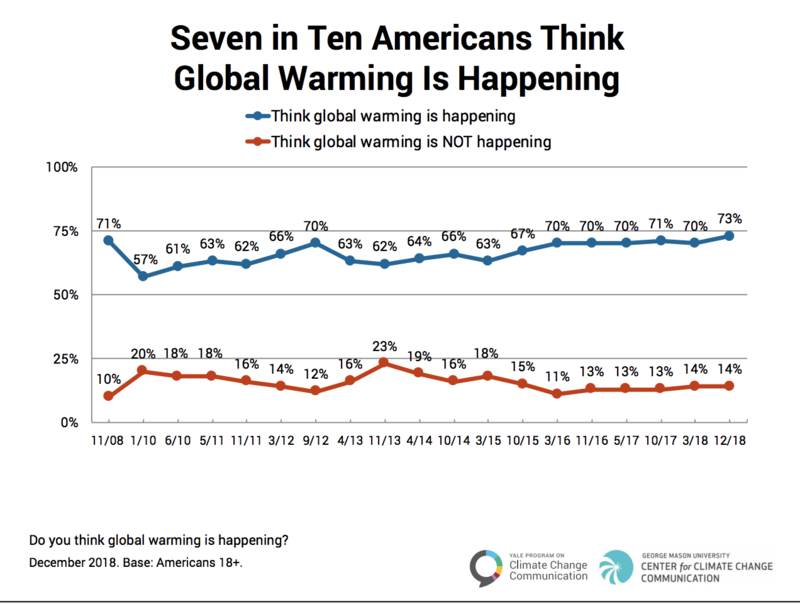