Alaska’s lone Member of Congress, Rep. Don Young, disputed that climate change is caused by human activity. “We’re warming up, and I do not think man is the cause,” Young said in a recent debate. “It’s being used as an instrument to frighten people.”

The state is currently considering recommendations set forth by a Climate Action for Alaska Leadership Team.

For denying human activity as the cause, even with his home state, which he’s represented for almost 50 years, on the front lines of dramatic climate change, we dub him this week’s jester. 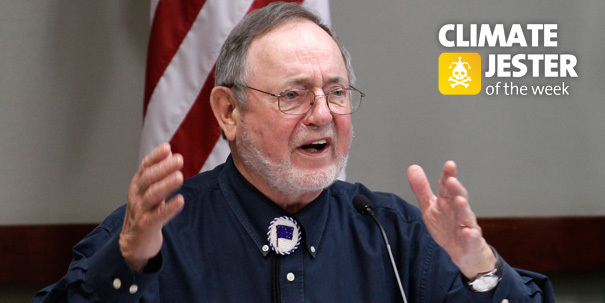