Speaking at a Texas Oil and Gas Association energy forum, perennial climate hoaxer Sen. Ted Cruz called climate change “the perfect, I believe, pseudoscientific theory because it could never be disproven.” Furthermore, while arguing that the climate is always changing, Cruz criticized schools for teaching climate change as “very much indoctrination of the kids.”

Cruz has previously asserted there is “no significant recorded warming whatsoever.”

For speaking from the same tired and inaccurate talking points year after year, Cruz is the early favorite for this week’s climate jester. 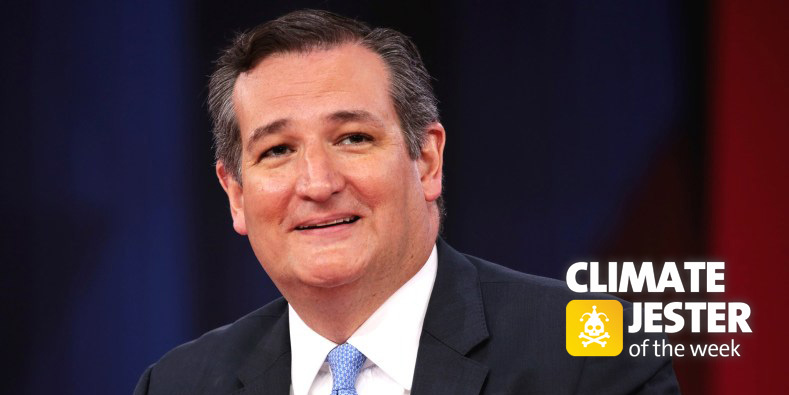