Happy Friday, otherwise known as Red Sox Eve! The younger boy and I head to Boston at 6:45am tomorrow to catch his first game at Fenway Park. To celebrate, how about you take a peak at his first ever high school at bat. ????Spoiler alert:???? it was the only game I’ve missed and the first he’s played and because he inherited my baseball superstitions, that means I can’t watch him play anymore…

This week’s must listen: There is more reporting to come, but listen to this teaser from a boat trip event republicEn.org organized in Florida to check out the impacts sea level rise has on barrier islands. Rep. Francis Rooney and Florida Gulf Coast University scientists came along for the ride. “When you can see this beach erosion and the loss of the barrier firsthand, it makes a lot of these things we are reading about, come alive,” Rooney said. Alex Bozmoski, who did the heavy lifting and repped for us, promises me a blog post soon recounting the experience. Florida and National Wildlife Federations also participated in this educational field trip.Just look at that fun crew. 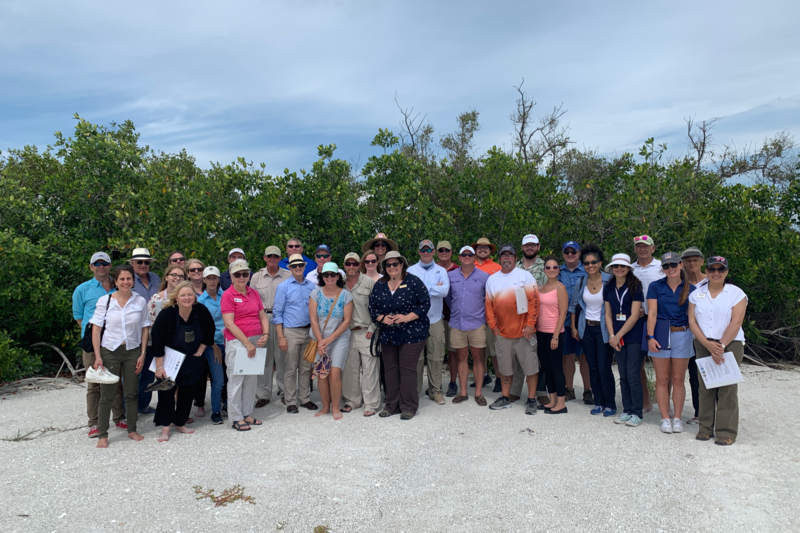 This week’s must read: Republicans who can’t ignore climate change seek GOP solutions (Bloomberg) “‘There is a remarkable shift going on,'” said Alex Flint, the executive director of Alliance for Market Solutions, a conservative group that favors a tax on carbon to reduce emissions of the planet-warming gas. ‘There is a sincere effort by several Republicans to develop policy proposals to address climate change.'” Separately, Flint noted after hours of hearing testimony this week: “Responsible conservatives understand we have to respect climate science, and we are looking for serious, effective policies that can reduce the risks from climate change… another example of the important shift underway among Republicans.”

Carbon Tax Bill 2.0: Republican Rep. Brian Fitzpatrick is going to re-introduce his own version of a carbon tax bill that he proposed last Congress alongside then-Rep. Carlos Curbelo, who lost his re-election bid in Florida last year. (h/t Axios)

Retake the debate: In this piece published by the Hill, Green New Deal is opportunity for GOP to retake climate debate, former Rep. Ryan Costello writes, “While the Green New Deal has become a rallying cry among Democratic presidential hopefuls, Republicans are rightfully critical that it would massively expand the role of government, pick winners and losers and cost tens of trillions of dollars in new federal spending. But if we learned anything from the failed repeal of ObamaCare, Republicans should remember that being critical isn’t enough. The GOP must take this opportunity to now advance a realistic solution and retake the climate debate. More than 80 percent of voters  including 64 percent of Republican voters  want the government to do more to reduce carbon emissions.”

Native plant finder: Listen, I didn’t just click on this National Wildlife Federation guide because I hate begging the kids to mow the lawn. Part of me feels guilty for the water and the noise pollution of the lawnmower, so I started researching alternatives. And I have to say after reading this native plant finder, I’m tempted to go lawn-free. After all, the kids will be in college some day and I’m not eager to take on the lawn maintenance job. And you know I’m all in on saving resources… ?? 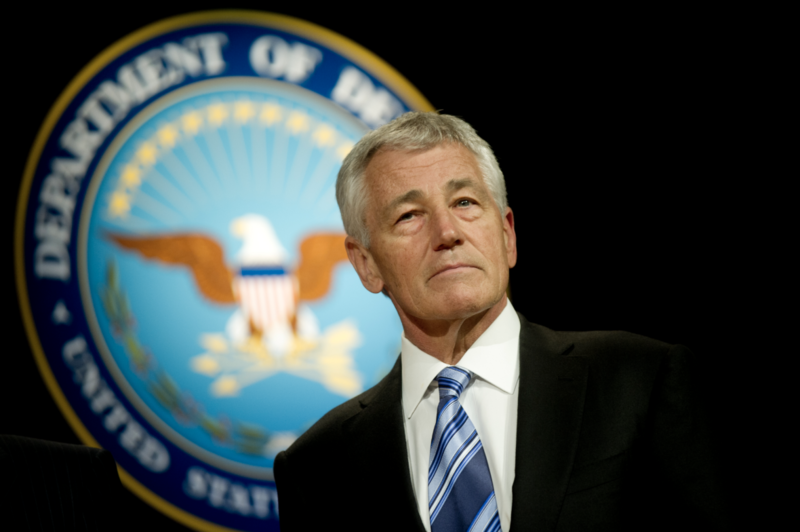 Not a waste: Former Defense Secretary and GOP Nebraska Senator Chuck Hagel testified this week before the House Oversight and Reform Committee at the hearing: The Need for Leadership to Combat Climate Change and Protect National Security. “Climate change is a real and present threat to our national security, which most likely will get worse,” Hagel said, testifying alongside his former Senate colleague and Secretary of State John Kerry. “There needs to be a dedicated effort to address this threat.” Both former senators are co-founder of the American Security Project, an organization focused on highlighting the link between national security and climate change.

“Planning for climate change is not some frivolous waste of time or waste of money,” Hagel noted, referring to preparedness steps taken by the U.S. military. “It is essential to our troops and to their well-being and the national security of this country.” In written testimony, he highlighted how 2018’s “extreme weather has seriously affected our military readiness. In September, Hurricane Florence decimated Camp Lejeune and caused damage to Fort Bragg and military installations across North Carolina.”

When pressed about the Green New Deal, Hagel responded, “Take that up with the congresswoman, not me,” pointing to Rep. Alexandria Ocasio-Cortez. “I’m not here to defend that bill or testify about it.” He also took a tough stance on the U.S. position via the rest of the world and how the current state of affairs and partisanship is delaying progress. “Yes it’s a burden for America to lead, but do we really want someone else to lead the world?” Hagel asked. “Do you want your kids to grow up in a world that America doesn’t lead? I don’t think so.” ??????????

Quote of the week: “I believe climate change is real. I believe man has an impact,” Neil Chatterjee, chairman of the Federal Energy Regulatory Commission, said at a conference in New York. “And I believe that we need to take steps to mitigate emissions urgently.” (Fun fact: Chatterjee used to work for Senate Majority Leader Mitch McConnell.)

Live near Rochester? The Rochester group of the Sierra Club is partnering with the Greater Rochester Chamber of Commerce and several other local organizations to host Bob Inglis in Rochester where he’ll deliver an address, “A Free Enterprise Solution to Climate Change,” on Wednesday, April 17 from 5-8pm at the Rochester Riverside Convention Center. Come see Bob if you’re in the neighborhood!

Now that you’re caught up, go do something awesome this weekend!