Happy Friday! You made it! Sit back and enjoy the news before finding your way to the weekend.

“History will judge harshly my Republican colleagues who deny the science of climate change,” Gaetz said at a press conference. “Similarly, those Democrats who would use climate change as a basis to regulate out of existence the American experience will face the harsh reality that their ideas will fail.” Check out the entire (refreshing… and short) press conference.

Gatez calls his resolution “a love letter to the American innovator” as well as “a common sense rebuttal to the Green New Deal” conceived originally by Rep. Alexandria Ocasio-Cortez from New York. Florida delegation mate and fellow conservative Rep. Francis Rooney is his sole co-sponsor. Rooney has a carbon pricing bill and also co-chairs the House Climate Solutions Caucus. Former Florida Rep. Carlos Curbelo told the Washington Examiner that “Gaetz engaging [on] the issue is significant and while perhaps counterintuitive at first glance, perfectly natural given that he’s a bright millennial legislator. He can be an extremely positive and decisive influence in the House GOP conference on this issue.”

“Congressman Gaetz deserves to be applauded for taking the lead in crafting a bold resolution that identifies actionable climate solutions that will benefit America’s economy, environment, and national security,” said Heather Reams, executive director of Citizens for Responsible Energy Solutions. “Republicans must continue to champion solutions to further emission reductions, including grid modernization, regulatory reform, tax incentives and greater investment in clean energy research, development and deployment that will enable industry and the power of the free market to innovate and move more quickly. We call on members of Congress to join Congressman Gaetz in creatin a conservative vision to combat climate change that includes clean energy advancements.”

An opinion piece by Gaetz ran in Real Clear Politics earlier. In It’s time for a Green Real Deal, Gaetz writes: “I wish climate change wasn’t real. A melting Arctic creates a more permissive environment for Russia and China to seize territory. Mass migrations of climate refugees erode borders and nations, creating a global playground for terrorists and traffickers. My Florida neighbors are still rebuilding their lives after devastating hurricanes. The reality of climate change is a stupid thing to argue about. How we respond, however, hasn’t been afforded enough debate.” 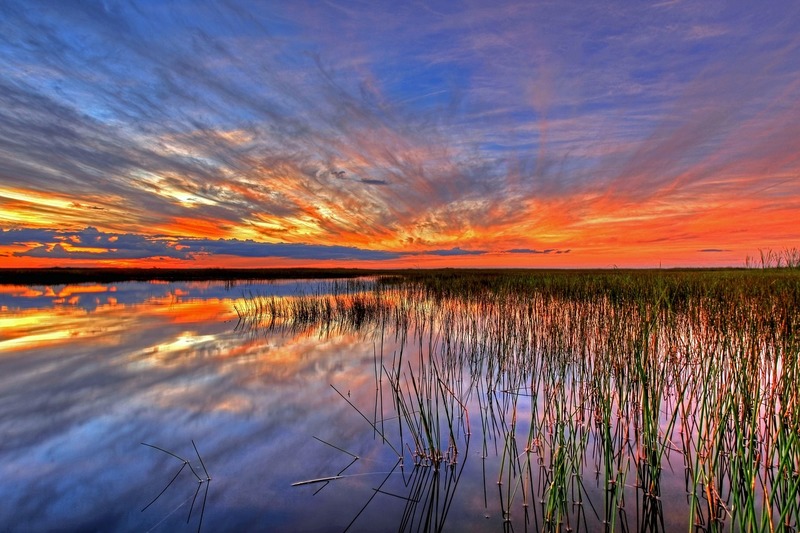 Also in Florida: Recently elected Governor Ron DeSantis appointed the state’s first ever chief science officer in a nod to his “commitment to science-based solutions.” Thomas Frazer, a biologist from the University of Florida’s School of Forest Resources and Conservation, has experience in how pollution impacts water quality and served as chairman of the Climate Science Faculty Committee. According to CNN, climate change will be one of his mission areas. “We have to look at the facts of what is going on in the environment and can we bring science to bear on those changes happening now and in the future?” Frazer said.

“As one of Florida’s leading environmental researchers, Dr. Frazer understands the unique water issues facing our state and the actions we must take to solve them,” DeSantis said at the time of his announcement. “Since day one, my administration has been laser focused on addressing our pressing environmental challenges.”

“Our environment and waterways make Florida unique,” Frazer said. “I look forward to working with the governor and the Department of Environmental Protection on ways we can use sound science and research to improve our state’s water quality and protect the environment.”

Kasich announcement: Former Ohio Governor John Kasich launched Two Paths (I know what you thought I was going to say he had announced…) a new organization “helping to promote center-right solutions to some of the major issues facing our nation.” Bob Inglis is on the Advisory Committee with other EcoRight heroes like Arnold Schwarzenegger, Chad Mayes, Christine Todd Whitman, and Tom Davis, former Congressman from Virginia. “America is hungry for some conservative ideas and these respected thought leaders are determined to help find some new and innovative ideas,” noted board member Jo Ann Davidson, former speaker of the Ohio House of Representatives.

Mayor Jim: He’s been long hailed by republicEn.org for his commonsense approach to clean energy and climate change in Carmel, Indiana. Listen to Mayor Jim Brainard, in his own words, on how he made his community walkable. Teaser: “People wanted walkability, they wanted a downtown, they wanted parks. They were yearning after a very traditional community that had been lost as a result of the predominance of the automobiles.” Also, testifying this week before the Climate Change Subcommittee of the House Energy and Commerce Committee, he had this to say: “I’m often asked by younger Republicans and students why, as a Republican, I’m strongly advocating for conservation and environmental initiatives . I remind them the root of the word ‘conservative’ is ‘conserve.'” 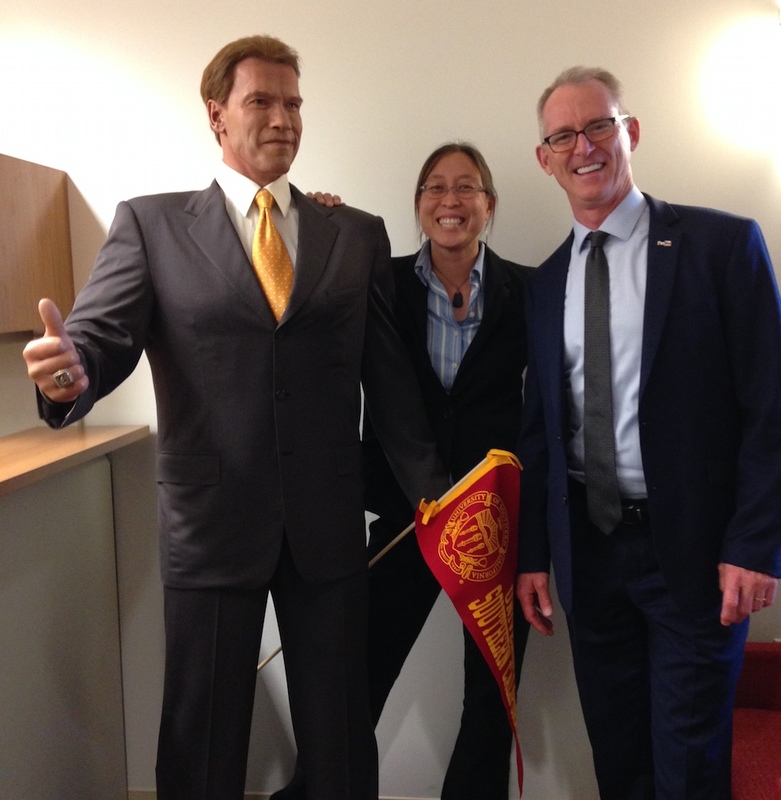 He’ll be back: We love it when members of our very remote team get together. (FYI we are pretty spread out, living in the DC metro area, South Carolina, Wisconsin and California.) So when Bob took Los Angeles by storm this week, he got to meet up with Wen Lee, whose name you will recognize from the action alerts she sends. (By the way, you should always take her actions… they make a difference!) While there are some serious photos of Bob speaking on the USC Climate Forward panel and you could listen to him on the Political Climate podcast, instead enjoy Bob and Wen posing with the Terminator (or a very waxy representation of) and Bob eating an Impossible Burger, just showing yet again that he makes the impossible possible every darn day. Go Team!

On that note, have yourself a merry little weekend!