Am I the only one in the EcoRight not on vacation this week? Even my kids are out of town, sailing, lounging on the beach, while I have searched the ends of the internet for relevant news to share with you.

Here’s what I found.

This week’s must read: Welcome to the climate fight, Republicans. This Bloomberg editorial, which delves into the flaws behind relying on various clean energy-related proposals to combat climate change, spoke to us on many levels. “But with a few laudable exceptions, Republicans are ignoring the best approach of all  one that would accord with the party’s views on market economics and do more to encourage innovation than anything else,” they write. “They should get behind a carbon tax.”

This week’s must watch: This Global Weirding clip is worth rewatching, especially given all the talk about the significance of the two-degree warming mark.

“We are running a fever,” Katharine Hayhoe notes. “None of the usual suspects are responsible this time. It’s not the sun. It’s not volcanoes. And it’s not the Earth’s orbit. It’s our lifestyle choices.”

After you watch this video, read the Washington Post special report, 2°C: Beyond the Limit, which explores the impact climate change is having in the U.S. “Over the past two decades, the 2 degrees Celsius number has emerged as a critical threshold for global warming,” the article reads. “Alaska is the fastest-warming state in the country, but Rhode Island is the first state in the Lower 48 whose average temperature rise has eclipsed 2 degrees Celsius. Other parts of the Northeast  New Jersey, Connecticut, Maine and Massachusetts  trail close behind.” The authors note that “in any one geographic location, 2 degrees Celsius may not represent global cataclysmic change, but it can threaten ecosystems, change landscapes and upend livelihoods and cultures.”

But never fear, good news is near…

Introducing… our new County Youth Chairs: As he’s done for sevens summers in a row, Bob Inglis made the American Legion Boys State circuit this summer, presenting at the statewide high school conferences in North Carolina, Idaho, Illinois, and Florida. This year, we decided to try something different. We offered the participants in these states the opportunity to volunteer with us by applying to serve as a County Youth Chair in their regions. The response was overwhelming. We now have a number of right of center teens on tap to talk about climate change with peers, recruit new members, engage on social media and with local press, and other EcoRight tasks. They had their first organizing call with Wen and Bob this week.

Welcome to the EcoRight! 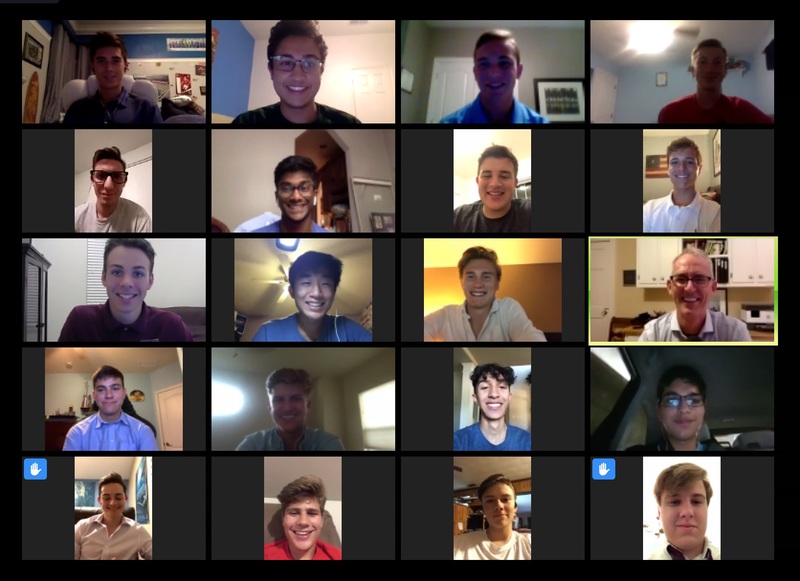 LTE of the week: Romney sees the threat of climate change (Salt Lake Tribune) This letter to the editor highlights some of the EcoRight’s best leaders and makes a plea to readers to “ask your congressmen to make solving climate change a bridge issue rather than a partisan issue.”

That’s it for me this slow news week! Think of me on Sunday when I pound out 15 miles in gazillion percent humidity!