What are your plans for Labor Day weekend? I’m planning on yard work, reading, and the pool. A stress fracture kicked “run 16 miles” off the to do list. Can you tell I’m broken up about it? Also, Tuesday all the under 18s will be Back. To. School. ??????????

This week’s must watch: Alex Flint, executive director of Alliance for Market Solutions, appeared on C-SPAN (nerd alert, I miss watching C-SPAN on the regular) talking about the carbon tax. It’s a 30-minute clip, but you could instead (or also) read his op-ed, Fund payroll tax cuts with an offsetting carbon tax (Real Clear Markets) to get the gist. “Skeptics can say what they will about a carbon tax,” he writes (and you can see from callers in to the show clipped below, there are skeptics). “But it is a consumption tax that will drive a virtuous cycle of saving and investing, drive energy innovation, and address climate change.”

This week’s must read: How should we talk about what’s happening to our planet? (Washington Post) The word nerd in me couldn’t resist this analysis about how we talk about climate change. “But words can be clumsy tools. They can be too dull to puncture ignorance, or so sharp that people flinch and turn away. Is ‘change’ appropriately neutral, or unjustly neutered? Is an ’emergency’ still an ’emergency’ after months or years? Does ‘catastrophe’ motivate people, or make them hide under the bed? How long before words such as ‘breakdown’ and ‘extinction’ lose their bite?” Dan Zak writes. “And if we keep returning to the dictionary for new words to replace them, will there eventually be any left?”

Meme of the summer: h/t to spokesperson Tyler Gillette for his creativity and EcoRight spirit. 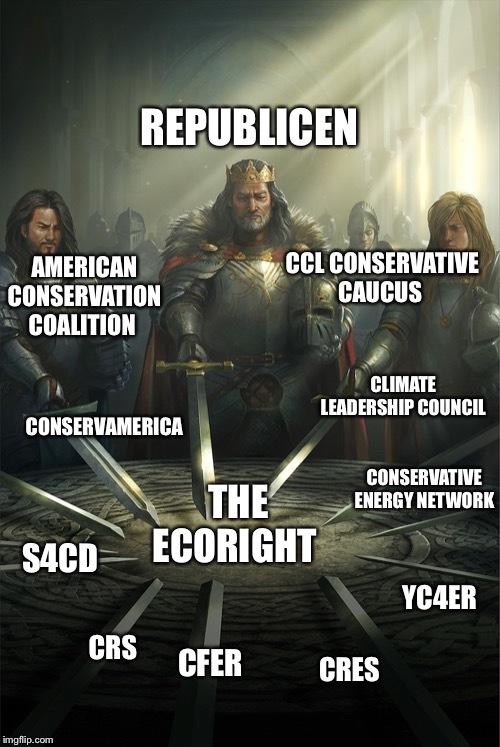 #M: Utah Senator Mitt Romney, who has left the door open to supporting a carbon tax, talked to KCPW radio host Roger McDonough about his views on climate change. Check out the interview (climate talk starts three minutes in and lasts until around the nine-minute mark) to hear why he hopes “climate change is significantly caused by human activity.” (Okay, here’s why: “Because if it’s not, there’s nothing we can do about it. So let’s hope we can have some influence.”) Romney reiterates that he’s “looking at” the carbon tax and seems intrigued by the fact that oil and gas companies support the concept. “We are stewards of the earth and if we can make modest changes now… those are things we ought to do anyway.”

Related, this Letter to the Editor in the Herald Journal praises Romney for recognizing “the fix humanity is in with respect to greenhouse gas emissions.” His recent actions even inspired an LTE in the Winston-Salem Journal in North Carolina.

??But it doesn’t end there. ??Our spokesperson Nick Huey organized a campaign in Utah to “light the purple M,” which stands for Mitt and/or Middle, at halftime of the UT-BYU football game on Thursday. Last month when Nick testified in the Senate, he made a plea for the Far Middle to coalesce around climate action. Miss the game or live too far from the action? He also is organizing a “don’t change” change petition telling Senator Romney: “We want you to know that a lot of us are very excited about how you’re addressing climate change head on and from the right… So don’t change, Mitt. Don’t you dare.” Check it out here.

This all gets a big thumbs up from the EcoRight! 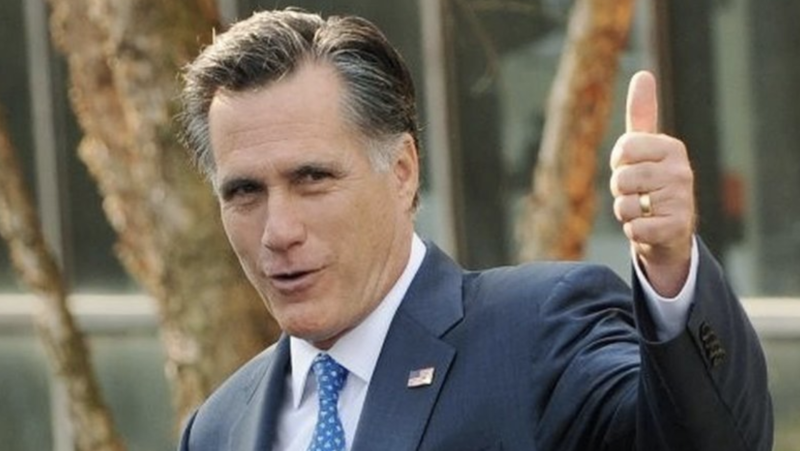 Spotlight on member action: Sometimes our republicEn members take actions that are so outstanding, we’ve got to share it with the community. Earlier this month, republicEn member Stephen K. of Woodstock, GA wrote a letter to Representative Barry Loudermilk, as part of republicEn’s action campaign to educate members of Congress about Rep. Francis Rooney’s recent carbon tax proposal. A few days later, Rep. Loudermilk sent Stephen a reply. An excerpt: “I am concerned that a carbon tax is yet another attempt to grow the government, which would result in private sector job losses and more tax burdens on hardworking Americans… Instead, I believe that private sector businesses are in the best position to take the lead in exploring alternative energy options, so we can protect the environment and allow Americans to keep more of their hard-earned money in their pockets.”

In response, Stephen wrote back to Rep. Loudermilk. And we love it! Head over to our website to read the entire response. Here are a few teasers:

Bravo! The EcoRight is surely growing, and members like Stephen are an important part of it. ??????

Do you want to take action? Head over to republicEn’s Action Center.

Two thumbs down: Rep. Francis Rooney and Rep. Garret Graves both criticized the Environmental Protection Agency’s proposed rule to rollback methane regulations. “I have serious concerns about this decision by the EPA,” Rooney told the Washington Examiner. “Methane has greater global warming potential than many other greenhouse gases. To the extent we can sensibly capture fugitive emissions, we should do it,” said Graves, who serves as the ranking Republican on the House Select Committee on the Climate Crisis.