With heavy heart, I dedicate this week’s EcoRight wrap up to the late Senator John S. McCain, American hero, climate change champion, and in so many ways, the conscience of America. Below you’re find the week’s newsin particular the EnCourage Tour feels more urgent nowand you can read my tribute to Sen. McCain. 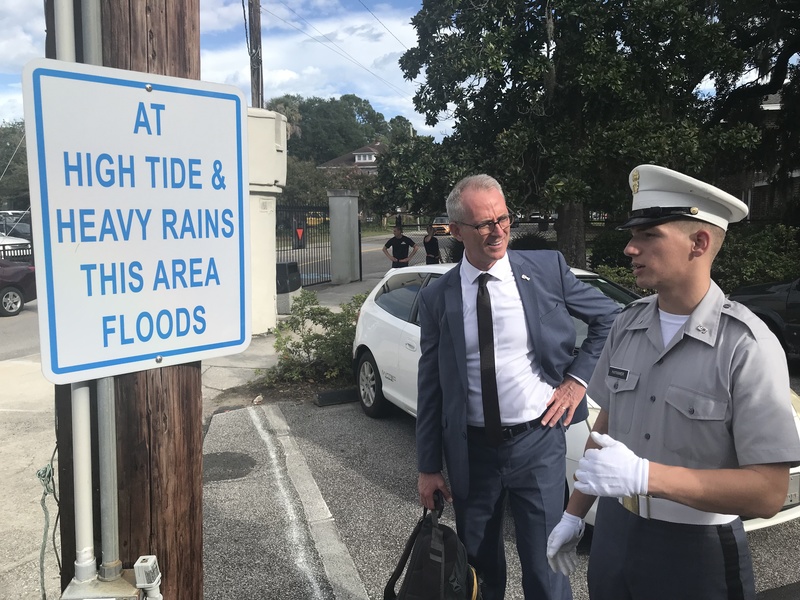 Check out the rest of our tour dates and stops. Want more? Check out this interview Bob did with local videographer Quintin Washington.

NASA head reaffirms evolved view: Administrator Jim Bridenstine, who after taking the helm of the science-focused agency shifted his previous views on climate change, reaffirmed that evolution on a weather-focused podcast earlier this week. “I know that I know that carbon dioxide is a greenhouse gas and that we’ve put more in the atmosphere than at any other point in human history and because of that, the temperatures are warmer today than they would be otherwise and we are responsible,” Bridenstine said on The Weather Channel’s Weather Geeks podcast. “I have no reason to doubt the science.” In May after his confirmation, Bridenstine said he “fully believe[s] and know[s] that the climate is changing…[and] humans beings are contributing to it in a major way.”

Gone fishing: Out on a fishing boat to talk about issues impacting Lake Erie, Ohio’s Senator Rob Portman highlighted his environmental record, including climate change. The Sandusky Register’s Tom Jackson recorded the conversation. “I’m willing to err on the side of saying that human involvement is part of it,” Portman said about climate change. He pointed to the Tropical Forest Conservation Acta debt for nature swap bill he ushered through Congressas a critical tool to reduce carbon emissions. “We’re fighting very hard right now to get it reauthorized.” He also touted his landmark bill with New Hampshire’s Senator Jeanne Shaheen to make buildings more energy efficient. In summary: “I believe we know enough to know we have to do something. I believe there are some sensible things we can do that don’t have a big negative economic impact.”

Gamers to the rescue: For a solid couple of years, my kids were all things Mindcraft. And like a typical mom, I said they were wasting brain cells. But according to this article in Motherboard, one of the most popular video games ever is getting a global warming component. With a new global warming plugin, different elements of gameplay affect the carbon dioxide levels in the game world’s atmosphere. As carbon dioxide levels in the game rise, there are consequences. “Cooperation is key because everyone is better off in the end if they spend a little more of their time reducing emissions rather than polluting as much as possible,” Developer Nick Porillo said. Maybe this is how future generations of the EcoRight will figure out how to address catastrophic climate change.

Tweet of the week: Sometimes it’s just good to get a pat on the back from your allies in the trenches.

Our friends at @republicEn are sponsoring a fall speaking tour for one of the great champions of climate action, @bobinglis. Well worth your time if you find yourself available to attend. This is what decent and forward-thinking Republicanism looks like. https://t.co/x67603s3Qj
 Jerry Taylor (@jerry_jtaylor) August 25, 2018

In tribute to Sen. McCain: I emotionally hopped on the Straight Talk Express in 1999, one of just a few of my GOP friends to do so. While the word “maverick” has tempered over the years as we’ve come to expect the unexpected from Sen. John McCain, at the time I was drawn to the freshness of his establishment-rousing talk and approach. One Saturday morning during primary season, I woke up early and did something I had never done before (and didn’t do again until 2016): I made a presidential campaign donation. I called McCain headquarters at a pre-sunrise hour and a real live person answered the phone. She sounded tired (or maybe I was projecting) and as we chatted she mentioned not having had her hair cut or colored in months because all her free time was devoted to helping him win. I had called intending to donate $25 and instead gave $100, a huge amount for my Senate salary.

I joined as a campaign volunteer (how I wish I still had that McCain t-shirt) and worked the polls on primary day in Virginia. His loss devastated me. But then he got to remain in the Senate, where his environmental efforts seemed to crisscross mine. Over my Senate career, two issues I worked on near and dear to my heart were Army Corps of Engineers reform and climate change. McCain championed both. I look back on the 2003 vote on the McCain-Lieberman Climate Stewardship Act as a defining moment in my involvement with the issue. I was working for The Nature Conservancy (TNC) at the time; it was all hands on deck calling Senate offices. We didn’t have board approval to officially (i.e. publicly) endorse the bill, but off the record, we called our best contacts to say TNC quietly supported it. I reached out to the offices of Maine Senators Susan Collins and Olympia Snowe; New Hampshire’s Sen. Judd Gregg; and Indiana’s Sen. Richard Lugar. I’m not taking credit for how they voted as I’m sure McCain himself persuaded their position, but my “team” all voted yes. We still lost and the rest is history but to think that in 2003 we came five votes shy of the 60 needed in the complicated U.S. Senate astounds me today, when only three percent of Americans have faith Congress will act on climate change. 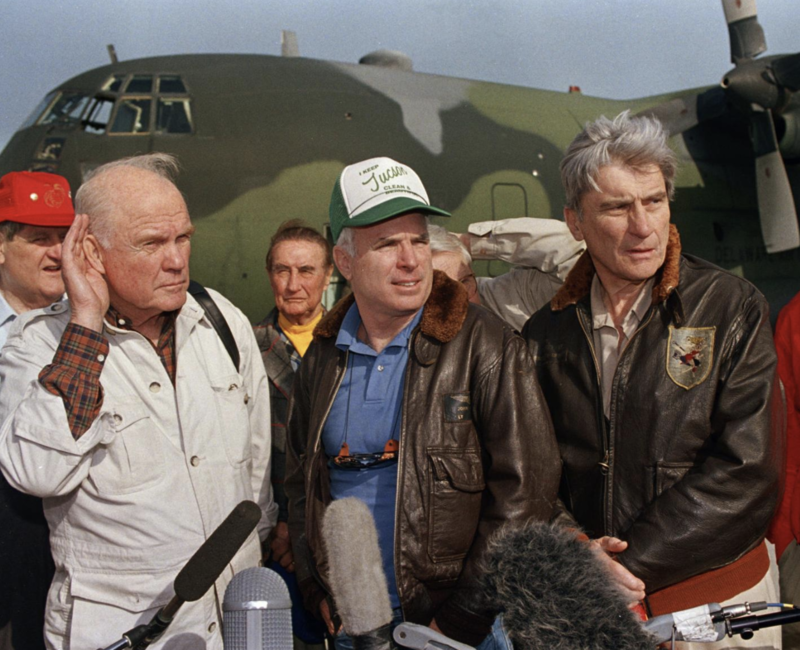 McCain was the godfather of the GOP climate movement and a guide to my former boss, Sen. John Warner, who embarked on his own climate bill with Sen. Joe Lieberman in 2007. While McCain was busy running for president (including on his climate record), Warner still had constant questions for him which I needed to answer.

“How did McCain address this in his bill?” Warner frequently asked.

Needless to say, I consulted frequently with McCain’s staff, always as responsive, informed, and thoughtful as their boss.

For the last 15 years or so working on climate change and as a citizen concerned about other pressing issues, I grew to expect McCain to be there, not always voting the way I wanted or agreeing with my personal position because our heroes don’t have to think and talk just like we do. But his passionate, determined, and fair approach to policymaking (and life) served as an example I try to follow. I’ve wavered between weeping and sobbing since the news of his passing; the world feels darker and scarier without his straight talk to guide us. No American gave more in service to his country so it feels selfish to wish we could have kept him longer. I hope Americans of both parties will not just praise him in his death but take on the mantle he wore in life.

I end this week’s EcoRight summary with the final words of Sen. McCain as written in his farewell letter to the nation. “Do not despair of our present difficulties but believe always in the promise and greatness of America, because nothing is inevitable here. Americans never quit. We never surrender. We never hide from history. We make history.”