Everything feels heavy this week. Hug your loved ones. Spend time outside. Take time for you. ??Keep the faith.

This week’s must read: EcoRight ally Josiah Neely from R Street brought us this opinion essay, Republican carbon tax bills keep getting better. “There’s nothing wrong with saying ‘no’ to bad policies,” he writes. “Saying ‘no’ is, in fact, a proud Republican tradition. Over time, however, a sense grew that on climate change, it wasn’t going to be enough to simply say ‘no.’ And so a number of Republicans began advancing a positive agenda on climate. What’s more, instead of simply developing ‘diet’ versions of Democratic proposals, Republicans have increasingly shown creativity on the issue, putting forward proposals to deal with the risks and costs of warming that are rooted in conservative principles.” Give his full piece a few minutes of your time.

ICYMI: It’s no secret that Rep. Francis Rooney is our EcoRight hero. Wen made this video explainer of his carbon tax bill and you should definitely watch it more than once. ??

And speaking of the Rooney bill, Center for Climate and Energy Solutions made this handy guide, which contrasts the various carbon tax proposals before Congress.

Spotlight on EcoRight leadership: This week, Spokesperson Tyler Gillette’s op-ed ran in the Columbus Dispatch. In his thought piece EcoRight leads conservatives’ call for U.S. action on climate, Tyler writes “as a millennial and a science- minded person, I can say without reservation that climate change is the largest issue facing my generation. In fact, the urgency plus political stalemate is the stuff of nightmares. Luckily there are a few bright lights. The EcoRight is one of them. And this little thing called democracy.” 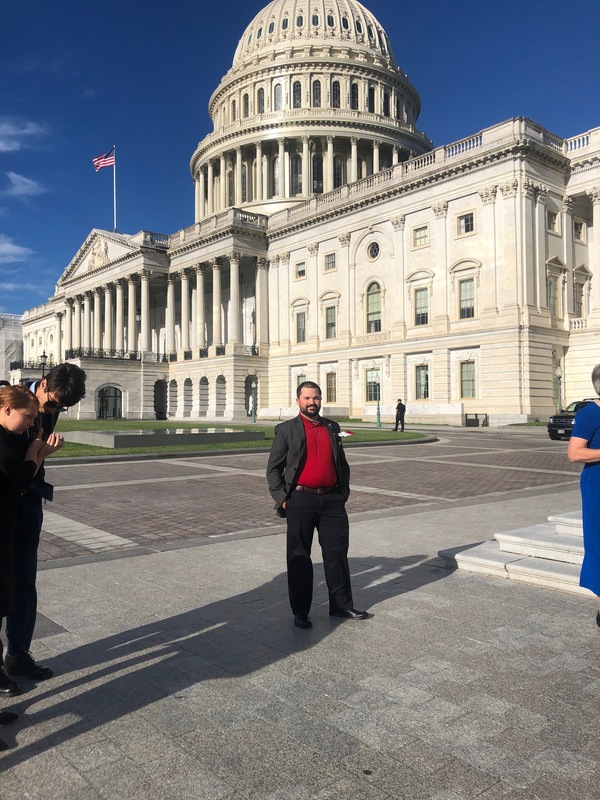 Another must read: The Washington Examiner featured the op-ed A pro-growth carbon tax could lower the payroll tax, penned by Jason Fichtner, a senior lecturer in international economics at the Johns Hopkins University Nitze School of Advanced International Studies. “Conservative lawmakers must anticipate changing conservative public opinion and strategically prepare policies that address climate change while promoting economic growth instead of stifling it,” he writes. “If conservative policymakers want to minimize the volatility in the regulatory landscape during shifts in political control, conservatives must proactively create and advocate for policies to reduce carbon emissions.”

You’re hired: Florida Gov. Ron DeSantis appointed the state’s first Chief Resilience Officer. Julia Nesheiwat doesn’t bring much conservation bonafides to the job but has 20 years experience in government and academia. “As a Floridian from Lake County, I know how important this issue is for the people of Florida. With 1,350 miles of largely low-lying coastline, the impacts from climate change and sea level rise present a significant challenge; but with Governor DeSantis’ leadership and vision, Florida will be a leader for the entire country on how best to confront these issues,” she said in a statement.

This week’s must listen: Check out the Yale Climate Connections interview with longtime EcoRighter David Jenkins. “We have a moral responsibility to be good stewards of the environment,” Jenkins says.

Silver linings: With all the other news this week, I’ve been struggling to process the UN report on land use and climate change. But the below Washington Examiner article includes an interview with The Nature Conservancy’s Lynn Scarlett, who tells Josh Siegel that “sometimes, when we address environmental problems, there are very stark tradeoffs… In this case, we know that sustainable agricultural practices actually can benefit people’s livelihoods, can actually improve agricultural yields, while getting the climate benefits. It really is just a matter of old habits die hard and how do we pivot.”

New DAILY ON ENERGY: UN calls for upending our land-use & dietary habits to combat climate change. Can we change our behavior? Experts tell me about ready policies & actions. Some things as small as individual choices can make a difference.” https://t.co/1vdSybMJFg
 Joshua Siegel (@SiegelScribe) August 8, 2019

That’s it for me. Yoga. Running. Weed pulling. Wine. Wishing you all your favorite activities this weekend.