Hello! By the time you’re reading this, I will be landing in Costa Rica, where I plan to ring in the big 5-0, raising a glass to another half century. But I didn’t leave without aggregating this week’s top EcoRight news.

This week’s must read: I’m just going to be honest and say that this piece made me cry. In his heartfelt essay Republican to RepublicEn: Climate Change for Conservatives (Duke University Research Blog) Jeremy Jacobs writes about his relationship with his mother (spoiler alert: now you know why I cried) and their differing perspectives on climate change. “In the ring, it’s Me vs. Mother, Ali vs. Frazier, Democrat vs. Republican. An hour in, I’ve forgotten the cold  hell, I’m sweating in self-righteous anger,” he writes. Plus, he recounts a seminar he attended at Duke University at which he heard Bob Inglis speak. 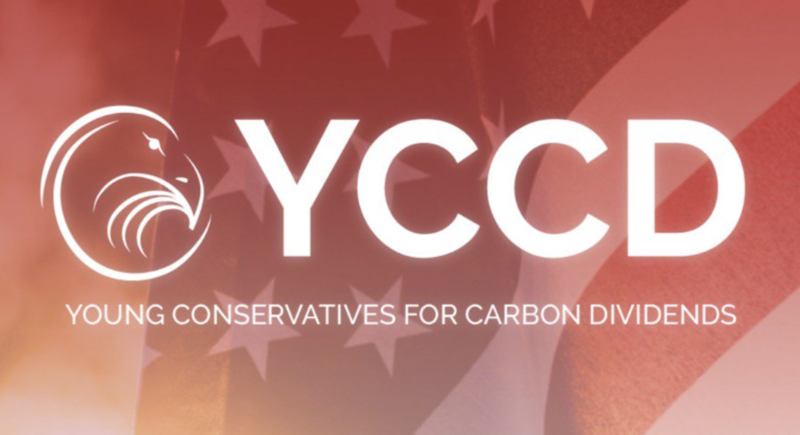 ??”New” kids on the block: A coalition of the senior-most College Republican leaders from across the country is launching a new 50c4 lobbying campaign to support a market-based climate solution and spur Republican climate leadership. Co-founded by 25 chairs and vice-chairs of College Republican State Federations from across the US, Young Conservatives for Carbon Dividends (YCCD) will mobilize young conservatives to engage directly with Republican lawmakers and champion the Baker-Shultz carbon dividends plan.

“What we’re hoping to do is amplify the voices of young conservatives. This really is a generational issue,” said Kiera O’Brien, a Harvard University senior who is the founder and president of the climate campaign. (Kiera is also a republicEn.org spokesperson.) “We believe that having the youth wing in the party  leading on this issue is so important because it’s a plan to protect our future.”

Excited to announce that I will be leading this new lobbying effort! Republicans must engage on this issue, and we must offer our own comprehensive policy solutions. More to come soon, but grateful to former Majority Leader Lott for the words of support! #YCCDaction https://t.co/Qa425799Au
 Kiera O’Brien (@kieraeobrien) December 11, 2019

“We’re bringing together not only politicians and business leaders, but also students like us  students who have a very strong incentive to see effective and actual legitimate policy enacted,” said Grayson Massey, a former Utah College Republicans chair. “We feel like this is something that’s going to directly impact us, so we have strong motive for wanting to have people from different backgrounds be supportive of it.”

In cheerleading this new EcoRight group, our Alex Bozmoski noted: “The Green New Deal has started to scare the hell out of Republicans. It’s incumbent upon conservatives to offer alternatives or else the country, for lack of options, will take what’s offered.”

“As someone who founded the ecology club in high school, it brings great joy to hear that young conservatives are addressing the issue of climate,” said the EcoRight’s newest champion, Senator Mike Braun from Indiana.

12 in ’20: The Republicans on the House Energy and Commerce Committee unveiled a package of 12 bipartisan bills they plan to advocate for passage of in 2020. A carbon tax did not make the cut, but the priority list includes measures to promote the development of carbon capture and utilization, advanced nuclear energy technology, and energy efficiency of federal buildings. “We have a dozen bipartisan measures that we could turn into law that would help reduce emissions and spur jobs and innovation. Hopefully, we’ll get to work on passing those measures,” said Oregon’s Rep. Greg Walden, the committee’s top Republican. On Monday, the committee hosted an Energy and Environment Innovation Showcase to highlight the importance of investing in the development and deployment of breakthrough technologies to reduce emissions, power the economy of tomorrow, and provide greater value to American consumers. 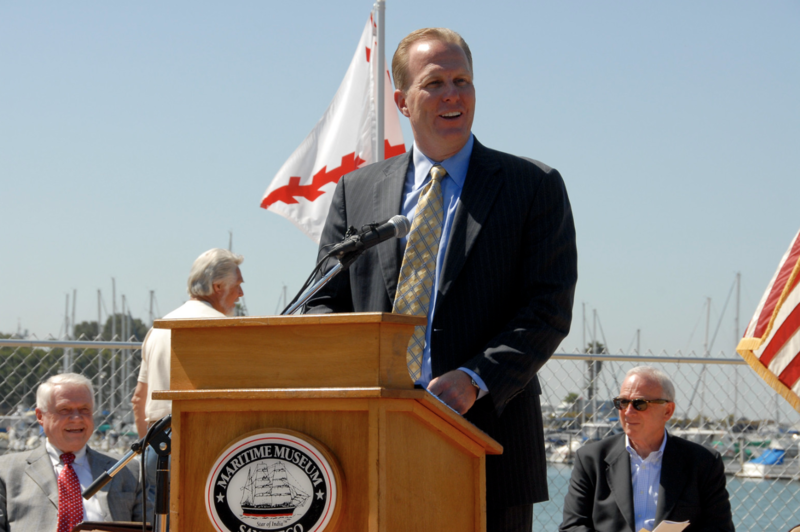 Let’s hear it for the mayors: San Diego Mayor Kevin Faulconer has joined a new group of mayors focused on climate action. “Just as we are seeing the effects of climate change, we are also seeing cities rise to meet those challenges,” he said. “In San Diego, we are setting the standard when it comes to expanding the use of renewable energy, slashing greenhouse gas emissions and growing our green economy. We have a lot to share, and by working together we can make an even greater impact. I look forward to working with my colleagues to continue building a foundation for a cleaner future.”

The Climate Mayors Steering Committee, which has 24 bipartisan members from across the U.S. (including EcoRight favorite Mayor Jim Brainard of Carmel, Indiana), is tasked with “elevating city-led climate action to create healthier, equitable and more sustainable cities.” For its part, under Faulconer’s leadrship, San Diego has implemented a city-wide community energy choice program, added hundreds of miles of bike lanes, and installed solar panels to buildings.

As Brainard recently said: “Why would you want to recklessly disregard what scientists are saying about the environment if you are a conservative?”

You’re invited: Our friends at the Conservative Energy Network is hosting a polling webinar with Public Opinion Strategies pollster Glen Bolger next Thursday, Dec. 19 from 3:30-4:30 pm. Attendees must register in advance to get the webinar call-in information. CEN President Mark Pischea will answer questions like:

POLL: Best of EcoRight: Did you take our “best of EcoRight” poll? If not, take it here. I promise, it’s fun! (Spoiler alert: the best meme may be yet to come if Tyler Gillette follows through on his promise to me.)

I will see you next week for some special content and the Holiday Edition of Week En Review.