This week as our nation paid respects to an American hero, it felt like we grew a little closer. Read on for my tribute to the quiet climate legacy of the late George H.W. Bush.

This week’s must read: Republicans are losing on climate issues. We can change that. (The Hill) republicEn.org friend and ally Alex Flint, executive director for Alliance for Market Solutions, writes in this opinion piece, “In this new landscape, Republicans are left with a choice: we can either continue to allow the Democrats’ monopoly on climate policy to go unchallenged, ensuring Republicans will be caricatured as environmental obstructionists in future elections, or we can make a play to seize control of the debate by offering our own conservative ideas.”

Bonus read: Conservatives need a shift to win back disengaged voters. (Charleston City Paper) republicEn.org Spokesperson Rouzy Vafaie writes “What is the Republican strategy for longevity if we’re losing voters under 45, minorities, and women? There’s only one solution: start talking about issues we’ve surrendered to Democrats and come up with conservative solutions.”

Last week, Rouzy toured the Capitol with outgoing Rep. Mark Sanford and they took this awesome shot together: 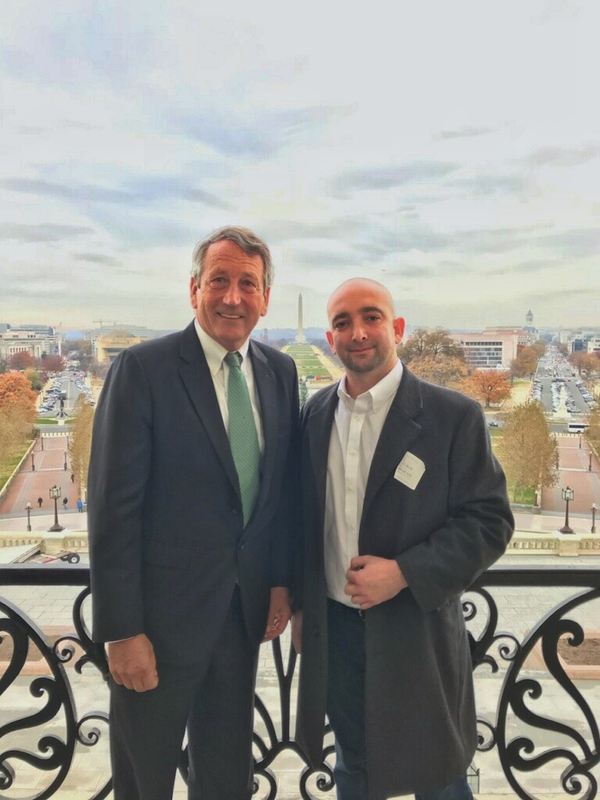 Terminate this: California’s outspoken former governor Arnold Schwarzenegger spoke at the United Nations climate conference in Poland, assuring delegates “America is more than just Washington or one leader.” The two-week international gathering is expected to work out how governments can report on their efforts to reduce greenhouse gas emissions and keep Paris Climate Accord agreements. Calling President Donald Trump “meshugge”Yiddish for crazyfor withdrawing the U.S. from the climate agreement, Schwarzenegger detailed the widespread support at the state and local levels. He encouraged inclusion of those state and local leaders at the next conference, promising “if you do that… I’ll be back.”

Reiterating her initial reaction, Alaska’s Senator Lisa Murkowski said “Climate change is real…We see and feel the impacts in our state.” The NCA4 includes an entire section on impacts in Alaska, which “has warmed twice as fast as the rest of the nation, bringing widespread impacts,” according to the report. “Sea ice is rapidly receding and glaciers are shrinking. Thawing permafrost is leading to more wildfire, and affecting infrastructure and wildlife habitat. Rising ocean temperatures and acidification will alter valuable marine fisheries.”

The chairman of the Senate Natural Resources Committee, Murkowski has admonished those in the Republican Party who mock climate science and won’t come to the table to discuss climate solutions. “There are areas of bipartisan support that we have been working on to reduce greenhouse gas emissions and promote sustainability such as innovation, efficiency and adaptation,” she said. Later in the week, she brought up her plan to hold hearings in her committee: “It’s something that I expect to deal with  and, in fairness, I actually want to. We can be a committee that hopefully can lead a rational conversation on it rather than the extremes on both sides,” she told reporters. “I’d like to try to lead on some of those issues as a committee.

In Ohio, Senator Rob Portman said he “thought it was a pretty powerful report,” when asked by reporters. “We should pay attention to it.” Over the years, Portman has worked to improve energy efficiency, considered the low hanging fruit in carbon emissions reductions. “I think the warnings about what is going on, we should take it seriously, but we should take measures that don’t shoot ourselves in the foot,” he said, pointing to efficiency as well as nuclear power. “I think it was a mistake to move away from nuclear energy In the mix we ought to include nuclear as well.”

Retiring Senator Bob Corker of Tennessee acknowledged “human beings are contributing” to climate change. “The question is how do you bring the world together to deal with it?” He cited technological advances, such as improved fuel efficiency standards that would require cars, trucks and SUVs to achieve 35 miles per gallon by 2020 as “helping us reduce emissions.” Corker’s seat was won by Rep. Marsha Blackburn, who in the past has falsely claimed there is no settled science on climate change. 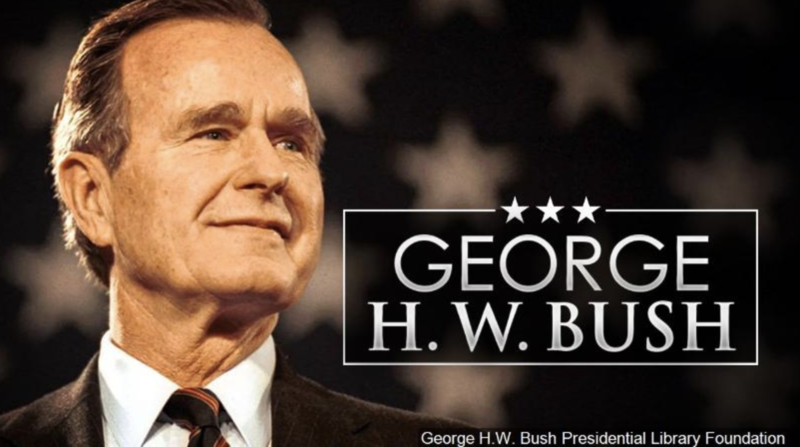 A quiet climate legacy: Not many automatically associate the late President George H.W. Bush with the words “climate legacy.” But they should. Over 30 years ago, in a 1988 campaign speech, Bush said: “Those who think we are powerless to do anything about the greenhouse effect are forgetting about the White House effect. As president, I intend to do something about it.”

And he did. The Fourth National Climate Assessment is a product of the U.S. Global Change Research Program, which Bush created by presidential initiative in 1989 and Congress later codified into law by a (striking given today’s partisan standards) unanimous vote. The program’s mission is to “assist the Nation and the world to understand, assess, predict, and respond to human-induced and natural processes of global change.”

In 1989 Bush’s Secretary of State James A. Baker received this memo from Acting Assistant Secretary Richard J. Smith: “Global climate change is the most far reaching environmental issue of our time. If the climate change within the range of current predictions actually occurs, the consequences for every nation and every aspect of human activity will be profound. As you yourself stated we cannot wait until all the uncertainties have been resolved before we act to limit greenhouse gas emissions and to prepare for whatever climate change we are already committed to.” Today, Baker, along with another former Secretary of State, George Shultz, is a key advocate for the carbon dividend plan.

Bush also joined other worlds leaders at the 1992 Rio Earth Summit to adopt a series of international environmental agreements, including the creation of the United Nations Framework Convention on Climate Change (UNFCCC), the international body with the long-term objective of avoiding dangerous human interference with the climate system. Bush left the Rio Earth Summit declaring that Americans are “the leaders, not the followers,” on environmental issues and will be “pre-eminent” in carrying out the accords signed at that time.

On his watch, Congress also broke a logjam to pass the Clean Air Act Amendments of 1990, heralded for its free market approach to addressing the Acid Rain problem.

His accomplishments were underpinned by science, urgency, and thoughtful action. But overall, his passing reminds us that politics used to be a little less bitter, a little less partisan.

Into the weekend you go!