Happy belated to President Abraham Lincoln, who in his day signed a bill establishing protection over the area that is now Yosemite National Park! Looking good for 210 years old: 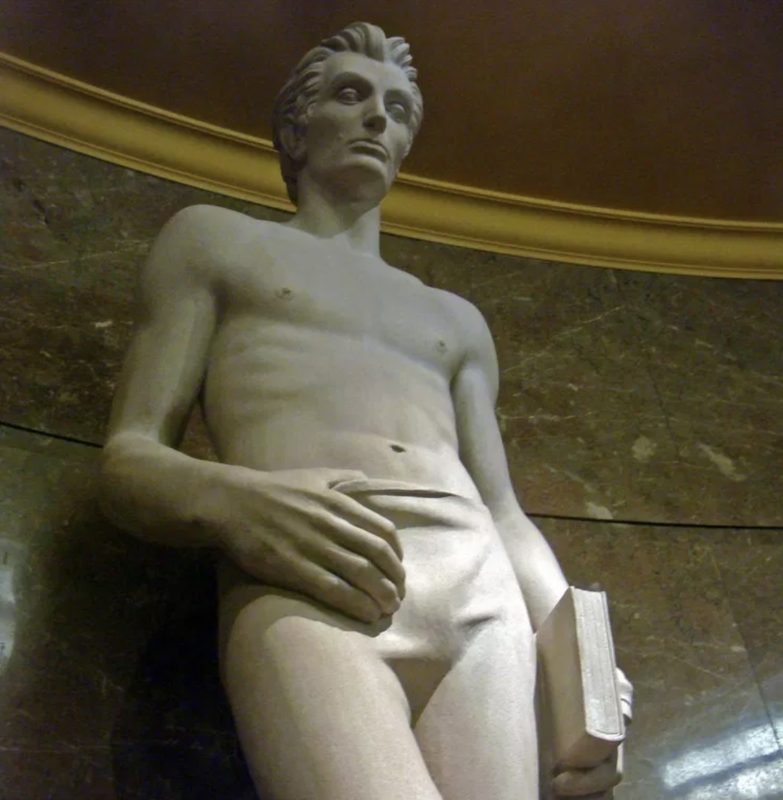 This week’s must read: Conservatives battle over whether GOP should appoint cooperators or bomb throwers to Pelosi’s climate committee (Washington Examiner) “Some groups are pushing for Republicans to use the committee, which is mostly symbolic and has no power to write legislation, to shape Democratic-led climate policy such as the progressive ‘Green New Deal’ in a more conservative direction….But other conservative groups that are skeptical of climate change and government policies to confront it want Republicans to approach the climate committee with a wrecking-ball mentality.”

Green *Square* Deal: Thanks to those who have emailed to ask our perspective on the New Green Deal. We think this Time magazine article as quoted by Bob Inglis best summarizes our thoughts at republicEn.org:

. @JustinWorland may well be right: “By shifting the conversation to the left, the Green New Deal has given conservative lawmakers an opening to present centrist policy proposals without looking like they are giving Democrats a political win.” https://t.co/gDAKWwdkZR
 Bob Inglis (@bobinglis) February 19, 2019

The rest of the paragraph: “At the same time, progressive rhetoric surrounding the issue has contributed to a sense of urgency in the public dialogue, encouraging influential corporate lobbyists, who support moderate solutions to address climate change but want to avoid policies that include heavy regulations, to act proactively. Ultimately, Congressional Republicans’ reaction to the Green New Deal may offer a glimmer of hope that a legislative climate solution will pass a divided Congress in coming years.”

“The Green New Deal gives Republicans and conservatives space so that they can maneuver and pivot, so that they can point to a solution that they can support,” says former Florida Rep. Carlos Curbelo, a friend of the EcoRight. “When Republicans controlled Congress, this was not getting attention,” he told USA TODAY. “That’s going to change, and everyone soon will have to go on the record, not just expressing what they’re against but what they’re for.”

“If we really want to get serious about this, let’s not get caught up in the gotcha moments, or something that is so, so, just expansive and improbable or impossible,” Alaska Sen. Lisa Murkowski said. “If you’re saying you’re going to be off of fossils in 10 yearsthat’s impossible. What I worry most about the Green New Deal as it’s been outlined is that it is going to distract us from coming up with creative solutions that will take us to where we all want to get. I want to be in the same place when it comes to energy security, and a future that is clean when it comes to our emissions. That is not pie in the sky. That’s something we should be working toward.”

Rep. Elise Stefanik was more succinct. The New Green Deal is a “pie in the sky massive tax hike and a massive government expansion.”

Stay tuned for more reactions as the debate heats up.

This week’s must listen: Warming Signs, a podcast from The Weather Channel, spoke to Bob Inglis. “It’s not a matter of faith, it’s a matter of data,” he says of his ‘belief’ in climate change. Listen to the full program here.

30 under 30: The American Conservation Coalition has opened nominations for its 30 Under 30: The Green Generation, the first large-scale event in the country that highlights and recognizes young activists, business leaders, and innovative thinkers who are working to improve environmental outcomes. In partnership with the National Audubon Society, the American Conservation Coalition will host 30 Under 30: The Green Generation at EarthX 2019, the nation’s largest environmental event. If you know an EcoRighter under the age of 30 who you think deserves consideration, you can nominate people through the above link. We will be making our own nominations, of course!

Show me the money: An economist from nearly every major university in the U.S., nearly 3300 of them, endorsed the Baker-Shultz Carbon Dividend Plan. Last month, 45 leaders in economic policy published a statement in the Wall Street Journal expressing support for a tax on carbon as a tool for addressing climate change. “Anybody who’s studied basic economics can see the logic of this plan,” said Greg Mankiw, a signer of last month’s statement and chair of Council of Economic Advisers to President George W. Bush. “The problem is that most people have not studied basic economics, and so the question is, how do we educate people to recognize that this is the least-cost approach to this serious global problem?”

“We’re really hoping that this announcement will help show that even in their own scenario, at their own college in their part of the country, climate change affects them, and that this plan is viable for them and whatever their individual scenario in the part of the country is,” said Ben Zollinger, president of the Yale College Republicans and vice president of Students for Carbon Dividends.

“Students are getting active and interested in [the plan], both Republicans and Democrats,” former Secretary of State George Shultz, a co-author of the plan, said. “And that’s the thing about it  It’s a nonpartisan approach.” He added: “When I was Secretary of State, that’s the way we we tried to get things done.”

I’m off to fight a parking ticket and plan to make a cheesecake this weekend for my almost 15-year old’s birthday. Hope your weekend is full of joy.