What a week, huh? I think we could all stand a little humor. So I’m here to report that the Groundhog did not see his shadow, meaning early spring. Because we all trust small mammals to make significant weather predictions, am I right? ??????? 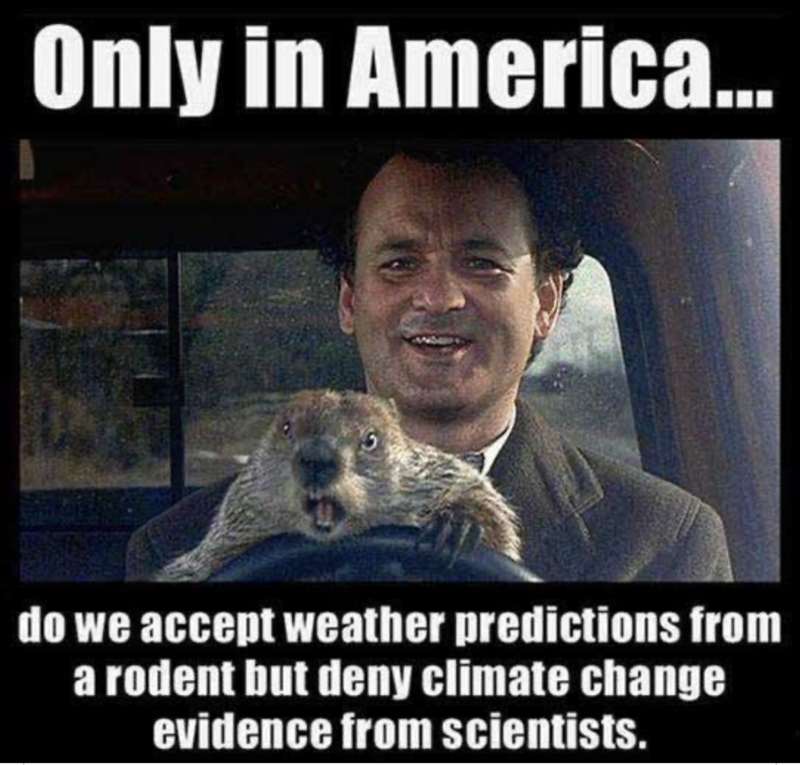 This week’s must reads: From the Los Angeles Daily News, former California Republican Party staffer Matt Fleming published an op-ed: Republicans are right to come around on climate change. “Some voters think the notion of a climate change crisis is at best alarmist and at worst a hoax. But judging by science and public perception, these people are in the minority,” he writes. “When the vast majority of voters are convinced something is happening, responding with ‘It’s a hoax’ is not a good way to make friends. This is particularly an issue with younger voters, who think this issue is important and already don’t think very highly of Republicans. Only a quarter of likely voters between 18 and 44 have a favorable opinion of the Republican Party. As [House Minority Leader Kevin] McCarthy and others have recognized, Republicans need to win over younger voters if they want to win elections in the near future.”

From the midwest, the editorial board at the Wisconsin State Journal highlighted nearby Indiana’s Sen. Mike Braun and his conservative climate leadership. “Braun’s call for climate solutions is encouraging and badly needed from the GOP. And it should prompt other Republican senators  including Wisconsin’s Ron Johnson of Oshkosh  to help cut greenhouse gas emissions,” they write. “Braun is right. America and the world need to put a price on carbon pollution so the shift to clean energy intensifies. Like Wisconsin, Indiana gets most of its electricity from fossil fuels, especially coal. Yet Braun has repeatedly and impressively emphasized the need to deal with the enormous climate challenge. Rising temperatures are making the Midwest warmer and wetter  threatening key sectors of the economy, especially agriculture.” 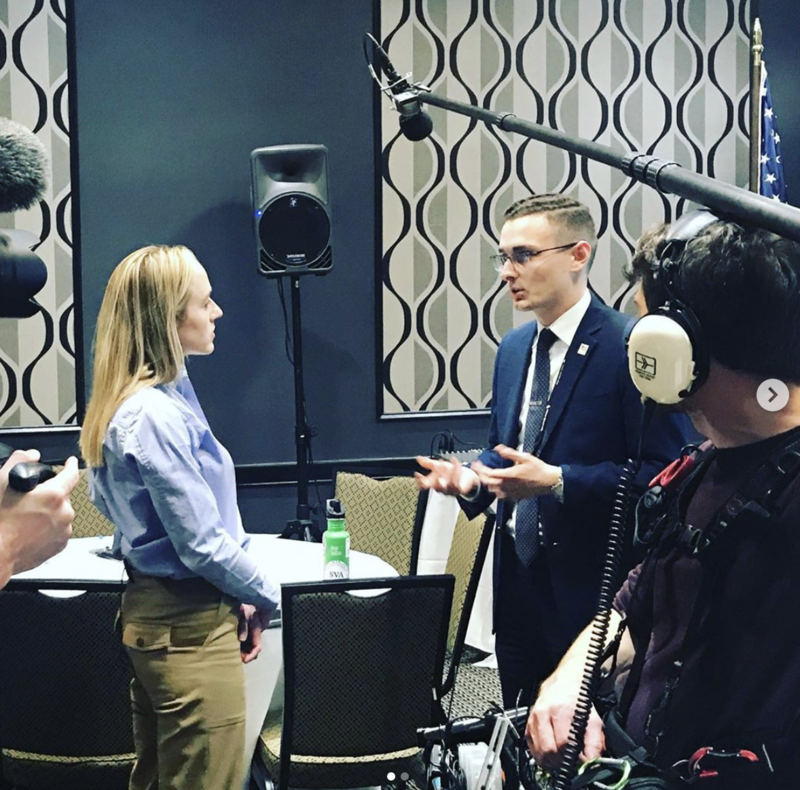 I spy with my EcoRight eye: Some of our Spokespeople were in town this week and while bronchitis kept me from seeing Tyler Gillette, Nick Huey, Jacob Abel, and Cindy Burbank in person, social media shows them making the DC rounds on behalf of the Conservative Caucus of the Citizens Climate Lobby. (Reminder: they lobby for a carbon dividend whereas we educate on a carbon tax. But we still applaud each other’s efforts to expand the EcoRight base eager to act.)

While in town, the crew visited their lawmakers and even chatted with reporters.

To the left, a peek of Jacob being interviewed by VICE. (Thanks, CCL for the photo.)

“They definitely want to take a lead role in climate,” Tyler told E&E Daily about his visits to the offices of Sens. Rob Portman of Ohio and Ron Johnson of Wisconsin and of Ohio Reps. Brad Wenstrup and Troy Balderson. “They’re trying to find climate-related solutions that everyone can support, whether it be our bill or [other] climate-related bills, because we need something.”

How to tell if a Republican is serious about climate action (or not): In this Grist interview, our Alex Bozmoski and spokesperson + president of Young Conservatives for Carbon Dividends Kiera O’Brien are interviewed. “You measure ambition not by dollars, not by economic reorganization, not by risk. You measure the policy of climate change by the tons,” Alex said. “Does the policy that they’re supporting abate, avoid, capture, or sequester greenhouse gases and how much?”

“The reality these days is there’s a difference between conservation and issues of climate change,” Kiera said. “Anyone who’s fundamentally serious about conservation should be serious about climate as well, but that’s not always the case, especially among elected Republicans.” 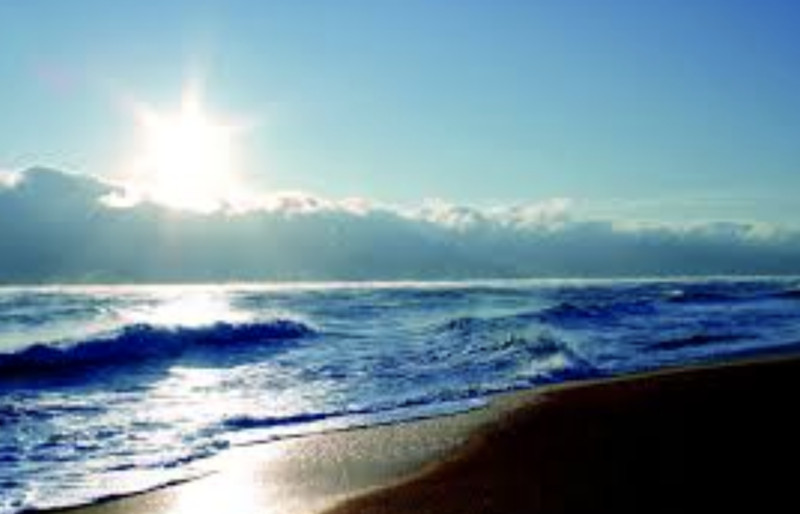 Florida truths: The state’s first ever Chief Science Officer, Thomas Frazer, a University of Florida professor with a Ph.D. in biological sciences, spoke about the need to reduce carbon emissions as well as to address Florida’s pressing water quality issues. “Hey, climate change is real, and humans are responsible for it, and ultimately we’re going to have to reduce carbon emissions to reduce warming and its effects,” he said, noting that “climate change and sea level rise are big issues for Florida … I think the governor recognizes that.”

In addition to Frazer, Gov. Ron DeSantis, who just took office in 2019, has also appointed the state’s first ever Chief Resilience Officer to help the state confront sea level rise.

Senate Climate Caucus expands: The Washington Examiner has confirmed that Florida Sen. Marco Rubio and Maine Sen. Susan Collins have joined the bipartisan group founded by our EcoRight hero Sen. Mike Braun and Democrat Sen. Chris Coons. To keep the Noah’s Ark balance, Rubio and Collins were joined by Michigander Sen. Debbie Stabenow and Sen. Tammy Baldwin from Wisconsin. “Changes in our climate, such as the rise of sea levels, are measurable facts,” Rubio said in a statement. “Many communities in Florida are already dealing with the consequences of these changes and will have to adapt to and mitigate against their impact for decades to come.” Other members are Democrats Jeanne Shaheen and Michael Bennet, Republicans Mitt Romney and Lindsey Graham, and Maine’s Angus King, an independent who caucuses with Democrats.

And late breaking, the Examiner has also confirmed that Ohio Sen. Rob Portman is joining the climate gang. This comes the same week he was visited by our own Tyler Gillette, who has written op-eds encouraging the energy efficiency leader to be more engaged specifically on climate change. Coincidence? We think not! (Good job, Tyler!)

(Unscheduled moment of appreciation to Washington Examiner reporter Josh Siegel, who makes highlighting the EcoRight so much more enjoyable with the good news he consistently scoops.)

Myth busting: Ever encounter a climate disputer who wants to go toe-to-toe on all the reasons why they think climate change isn’t happening? We have two great resources for all your climate debating needs. Skeptical Science is wonderful because it gives you the basic and the intermediate rebuttal to each myth. And it has an app you can whip out in case of emergency. Also, for a more succinct answer to the prevailing myths, check out Climate Conservative’s myth busting page.

EcoRight Help Wanted: Our friends at Young Conservatives for Carbon Dividends are hiring for a number of roles, including Regional/State Directors and Summer Associates. If you think you’d make a good candidate, reach out directly to them!