Happy Friday from the land of snow, ice, freezing rain, and wild temperature variability. We aren’t going to complain about winter weather in winter, though more than just the random glimpse of blue sky over the D.C. metro area might lift our spirits. The song January Hymn has been stuck in my head and maybe now it gets stuck in yours too.

Stop, drop, and watch: Before you do anything else, check out this Students for Carbon Dividends video:

The Economists’ Statement on Carbon Dividends

More on that: Forty-five economists, including former Federal Reserve chairman Alan Greenspan, signed a statement supporting a carbon tax. “Global climate change is a serious problem calling for immediate national action,” the statement reads, followed by a set of recommendations around the carbon tax, which “offers the most cost-effective lever to reduce carbon emissions at the scale and speed that is necessary. By correcting a well-known market failure, a carbon tax will send a powerful price signal that harnesses the invisible hand of the marketplace to steer economic actors towards a low-carbon future.” The statement details that the carbon tax should increase every year until emissions targets are met; “replace the need for various carbon regulations that are less efficient”; be border adjustable in order to incentivize other nations to act; and return revenues to Americans through a dividend system such as the one envisioned by former Secretaries of State James A. Baker and George Shultz.

It is estimated a $40/ton carbon tax would generate $200 billion to start, enough for approximately $2000 in dividends for a family of four.

“Among economists, this is not controversial,” said Greg Mankiw, who chaired the Council of Economic Advisers under President George W. Bush and signed the statement. “I actually think a carbon tax together with rebates is, in some sense, the most conservative way to deal with climate change.”

Former Arizona Sen. Jeff Flake, who dropped a carbon tax bill right before his retirement, had this response:

A carbon tax, where the revenue raised is returned to U.S. citizens as a rebate, is the most effective and efficient way to reduce carbon emissions. https://t.co/QTzXN02on4
 Jeff Flake (@JeffFlake) January 17, 2019

Ben Bernanke, Alan Greenspan and Janet Yellen have chaired both the Fed and the Council of Economic Advisers.

First climate jester of 2019: The above report makes this week’s climate jester look all the more absurd. With regard to the Republican side of the House Special Committee on the Climate Crisis, Competitive Enterprise Institute’s Myron Ebell, perennial climate denier, had this take. (Spoiler alert: it’s the opposite of Bob’s.)

Full steam ahead: Florida Rep. Francis Rooney will serve as Republican co-chair of the House Climate Solutions Caucus, replacing former delegation mate Rep. Carlos Curbelo, who helped found the group with another Floridian, Rep. Ted Deutch. “It’s important we show that at least some Republicans do feel the climate is changing, recognize we are at risk of sea level rise, and are willing to work with whoever it takes to deal with it,” Rooney said in a Washington Examiner interview. 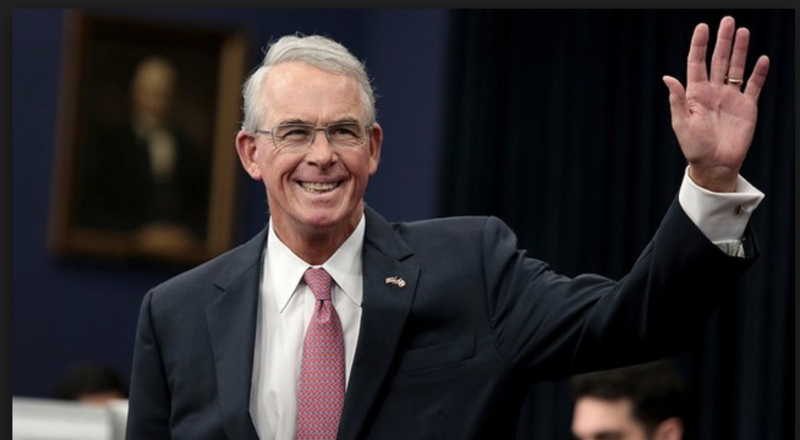 “We used to own environment issues, and now we have traded places with Democrats on that. As a Republican, I would like to see us adapt to the future and broaden our base as opposed to becoming extinct.”

Rooney has also expressed interest in serving as the ranking minority member of the newly formed Special Committee on the Climate Crisis. “It might be interpreted as a less than positive thing if someone who is made ranking member doesn’t really care about climate change,” he said. In stepping into the leadership role for the climate caucus, he had support from Pennsylvania’s outspoken Rep. Brian Fitzpatrick, another Republican who has emerged to fill the climate gap left by Curbelo’s departure.

In the 115th Congress, the bipartisan climate caucus was criticized as serving to “green wash” lawmakers without a strong environmental or climate change record. Rooney has suggested a different approach for membership in the next iteration. “If you want to be on the caucus, you should at least pick one or two pro-environmental things you would vote for,” Rooney said. “Put your money where you mouth is.”

He won’t back down: The aforementioned Curbelo had joined the board of advisors at the Alliance for Market Solutions (AMS), our allies in the push for a carbon tax. “AMS is a platform for me to continue my work to address climate change,” he said in a statement. “In Florida, there is no escaping the reality that the sea is risingwe have to do something. I am proud to have introduced the first Republican climate legislation in a decade and will continue to encourage Republicans to lead on this issue to protect our economy and our way of life for today and tomorrow.” He is joined by Glenn Hubbard, chairman of the U.S. Council of Economic Advisers from 2001 until 2003 and current dean of the Columbia Business School. “Conservatives should not ignore the risk of climate change, and, from an economics perspective, a carbon tax simply is the correct answer,” he said. “It will drive low-carbon innovation more efficiently than regulations or incentives.” 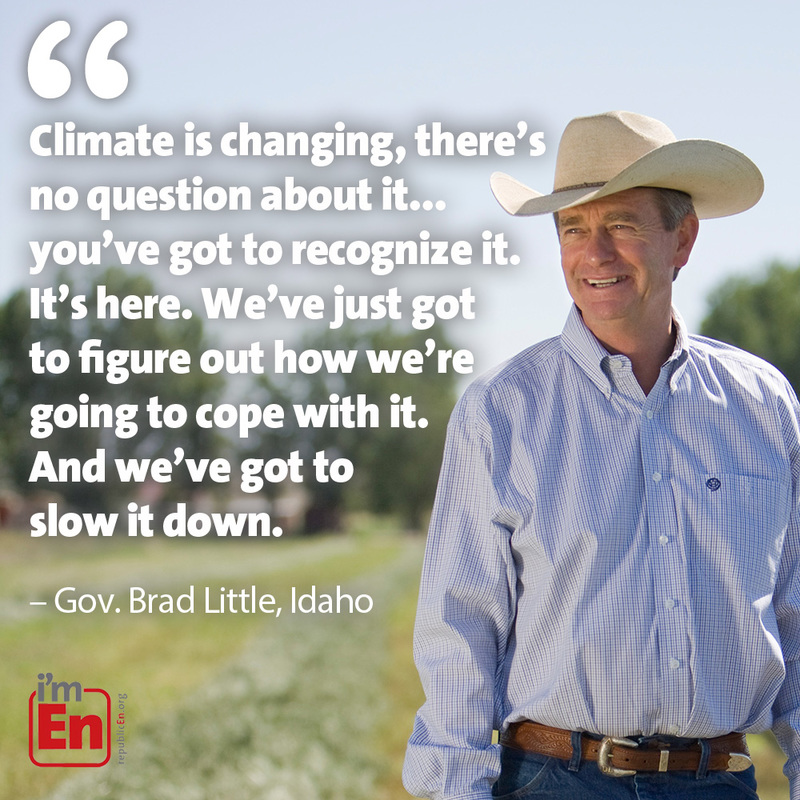 Idaho gov calls for action: Governor Brad Little, elected to serve the State of Idaho in November, surprised attendees of the Idaho Environmental Forum with his response to a question on climate change. “Climate is changing, there’s no question about it,” he said. “Sometimes what you do from a regulatory standpoint might be counter to what the right thing to do is, but you’ve got to recognize it. It’s here. We’ve just got to figure out how we’re going to cope with it. And we’ve got to slow it down. Now, reversing it is going to be a big darn job.” He reflected about the amount of snow that used to fall during winter, while highlighting cooperative efforts between the state and programs at the U.S. Department of Interior and Department of Agriculture. “They appreciate what’s taking place in Idaho. We’ve got a long way to go but I like the trajectory about what’s taking place.”

Ditto, Florida gov: Florida’s newly elected Gov. Ron DeSantis announced plans to open a resiliency office as part of a sweeping environmental roll-out that includes an extra $1 billion for Everglades restoration and water cleanup. While not specifically mentioning the words climate change, his plan received bipartisan support. “The people of Florida wanted to see action and this was action that was requested regardless of your party,” he said. “This is something that can unite all Floridians.”

“This is a wonderful model to the Republicans to acknowledge this issue in a sober way without alarming people and using it as an excuse to massively expand government,” Curbelo said. In retirement he’s proving to be as big of an advocate for climate action as he was in office.

“We only have a limited amount of time on this earth,” DeSantis said regarding his executive order. “We’ve got to make the most of it.”

Quote of the week: “Climate change is this huge challenge, it’s a worldwide challenge, it’s just a call for American greatness to solve the challenge,” our own Bob Inglis said. “The rest of the world can’t solve it. It does warrant that level of attention from a president, and of course that’s not what we’re getting now.”

Scary fact: Sixty percent of world’s 124 coffee species is threatened to go extinct due to climate change (h/t Axios, read more). Maybe we don’t deserve coffee, but we sure do need it.

That’s it for me. I leave you with the words of Rev. Martin Luther King Junior in advance of the day we honor his memory: “The time is always right to do what is right.”