Happy last day of January, the month that both flew by and dragged on. Onward to February and an extra day (leap year!) to do good work 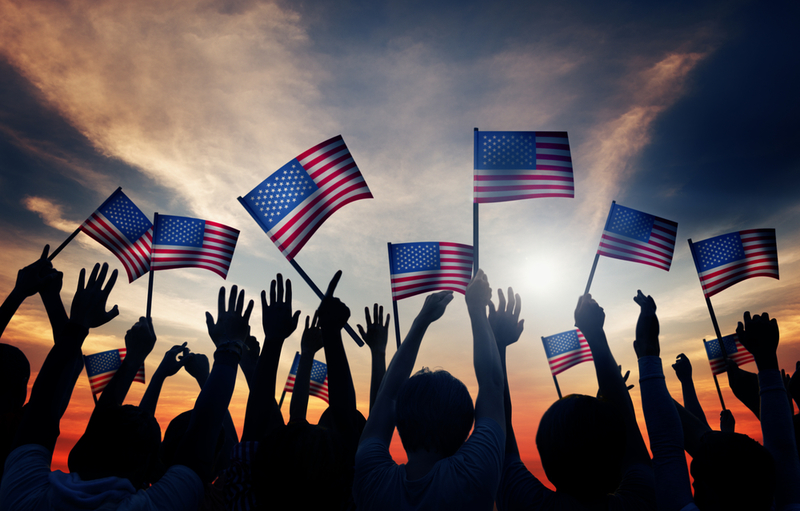 According to a new survey issued by the U.S. Conference of Mayors, 80 percent of voters between the ages of 18 to 29 say that global warming is “a major threat to human life on earth.” 82 percent of women and 76 percent of men participating in the poll call climate change a “major threat.”

“While the boomers are still trying to decide whether or not scientists can be trusted, our kids are saying, ‘Save the planet,” said Shane Bemis, the Republican mayor of Gresham, Oregon and co-chair of the U.S. Conference of Mayors’ youth engagement efforts.

This information comes at a time when Republican House leadership, in response to pressure from the rising generation of voters, is pulling together a package of bipartisan bills that would have some impact on climate change. “We’ve got to actually do something different than we’ve done to date,” House Minority Leader Kevin McCarthy said in an October interview with the Washington Examiner. “For a 28-year-old, the environment is the No. 1 and No. 2 issue.”

“I respect those who have been working for years to make incremental progress with Republicans. That is an important step,” Alliance for Market Solutions (AMS) ED Alex Flint said. “It is an inadequate step.” AMS is an ally in the push for a revenue neutral, border adjustable carbon tax.

“You can’t win suburban districts with retro positions on climate,” said Bob Inglis, whose op-ed, The young are leading Texas’ conservative climate movement, was published in the Austin Statesman over the weekend. He writes: “These young conservatives see in climate change an opportunity to prove the truth of free enterprise principles. They’re done with the old merchants of doubt tropesit’s sunspots, volcanoes, tilts of the earth; the scientists are on the take; more CO2 will make plants grow even better; and warming could generally be a good thing.”

And speaking of youth voices, Boston College (BC) student Kyle Rosenthal found us with his opinion piece, To be pro-life, be pro-climate. “To ban condoms and simultaneously undermine student climate activists, refuse to create a climate action plan, and laugh in the face of divestment is hypocritical. It certainly is not pro-lifeand it is a clear and present danger to students and humanity,” he writes. “Imagine if BC saw climate activists as part of the pro-life movement, treating their calls to action with the same urgency. I can assure you that our school would be a freer, safer, and more sustainable place than it is today.”

#CurtisClimateChat: Utah Rep. John Curtis, who represents the 3rd district, launched a Twitter conversation on climate change, which he will hold every few days.

“I’ve been on a journey,” he says in the clip, offering a challenge for people to “start with a fresh, open mind” on climate change.

Be sure to tune in and join the conversation about climate impacts and solutions! Use the hashtag #ecoright so we can follow your contributions to the discussion!

Wyoming gov all in: At the Wyoming Press Association’s annual winter convention, Gov. Mark Gordon called climate change the “single-most important issue on earth” and noted that “it’s critical for us and it’s critical for our world that we address” it. It wasn’t the first time Gordon has touted the role the Cowboy State can play in the climate solutions field. In May he said: “We can take our coal products and we can make them part of the solutions.” At the event last week, he similarly noted that “Wyoming has an opportunity to solve this issue,” highlighting advanced technologies. “Only through better development of technology, the kind of stuff we’ve worked on for decades here in Wyoming, can we actually start to remove carbon dioxide from the atmosphere.”

Gordon, who just took office last year, has one of the highest gubernatorial approval ratings in the country, according to Morning Consult.

For love of Braun: The love and admiration keeps pouring in for Indiana Sen. Mike Braun and his climate journey. “In an era of gridlock and partisanship,” an article in the Journal Gazette reads, the Senate Climate Solutions Caucus, the bipartisan group co-founded by Braun and his pal, Sen. Chris Coons, creates a bridge between Democrats and Republicans to discuss a variety of potential solutions to one of the most pressing issues of our age.”

??Whine about wine??: As if this job isn’t hard enough, climate change is going to wreck wine. We really can’t have nice things. According to a study by the National Academy of Sciences’ online journal, more than half of the areas around the world suitable for growing grapes used for wine could become unsuitable for the purpose in 80 years due to climate change if global temperatures increase more than 3.6 degrees. While growers could mitigate damage by switching up what types of grapes they grow, some regions have traditions of growing certain varietals for hundreds of years. If this doesn’t get people’s attention, I don’t know what will.

(For those who don’t drink wine, this agricultural phenomenon is not limited to grapes. It just happens to be one that is near and dear to my heart.)

??This week’s must read: How House Republicans won over conservatives to gain consensus on a climate agenda (Washington Examiner) Reporter Josh Siegel analyzes the evolution from GOP lawmakers being resistant to owning a climate agenda to recent developments. “Republicans, alarmed by polling showing vulnerability among young and suburban voters, sidelined the most strident and skeptical conservative outside groups to recognize climate change as an urgent problem requiring a response to the liberal “Green New Deal,” according to more than a dozen Republican representatives and others familiar with congressional GOP plans,” Siegel writes. The piece includes quotes from many of EcoRighters, old and new.

??????About those one trillion trees: Thanks to those who commented back to last week’s Week En Review about a trillion trees not really being aspirational enough to solve even a bite off the problems posed by climate change. I’ve since found analyses that show not only how long it takes for trees to do their carbon capture duty, but how much land it would require to capture even a small portion of the carbon we emit. In the article “A Trillion Trees” is a great ideathat could become a climate distraction (Technology Review) the author notes that “a report last year from the National Academies of Sciences, Engineering, and Medicine estimated that removing and sequestering 150 million metric tons per year would require converting as much as four million hectares (9.9 million acres) of land into forests that can never be harvested. That’s an area larger than Maryland.” Also, “the US produced about 5.8 billion tons of emissions across the economy last year. Absent other climate policies, that’d suggest we need to dedicate nearly 155 million hectares (371 million acres), or well over twice the area of Texas.” So the tree planting is a start, but it’s not the only solution. ??????

That’s it for this last day of January. I leave you to usher in February and the weekend. Go 49ers! ??