What a busy week! We just couldn’t get away from carbon tax news, the ups and the downs. And that’s a good thing; we are pro transparent debate. With that said, let’s get right to it (and not just because I have a ten-hour drive to Maine ahead of me).

This week’s must read: Yours truly had an op-ed published in The Hill. Why the rush to condemn a carbon tax? Here’s a sample of what I had to say (write) about the anti-carbon tax resolution: “How refreshing it would be in the hot and humid days of D.C. summer to see leadership acting with courage instead of being distracted by outdated messaging. Scalise should shift his attention away from anti-carbon tax rhetoric and to recent modeling that shows a carbon tax will reduce emissions and benefit the economyand then take a bold step toward meaningful instead of non-binding action.”

This week’s other must read: Conservatives must join the climate change conversation (Christian Post). Alex Flint from Alliance for Market Solutions and the Evangelical Environmental Network’s Mitch Hescox joined pens for this op-ed. “Despite our history of Republican leadership on environmental issues, today many Republican politicians have lost touch with core conservative values when to the environmentvalues that cause us to believe we should protect the natural beauty of God’s creation, be wise stewards of its resources, defend our children from pollution, and reduce the risk from rising oceans and increasingly violent storms. Our frustration is compounded by the fact that, because conservative politicians have largely not participated in discussions about how to address climate change, the solutions proposed have been liberal in nature, and we know there are better, conservative solutions that should be pursued.”

Non-binding anti-carbon tax resolution passes: The House of Representatives voted 229-180 to approve Rep. Steve Scalise’s resolution condemning a carbon tax as “detrimental to the economy.” The language of the resolution does not get into the details of what kind of carbon tax (we happen to be partial to the revenue-neutral, border adjustable type) and also is non-binding. Voting against the measure, Florida’s Rep. Carlos Curbelo, who is introducing carbon tax legislation next week. Also voting no on the GOP side, his delegation mates Rep. Ileana Ros-Lehtinen and Rep. Francis Rooney; Pennsylvania’s Rep. Brian Fitzpatrick; Indiana’s Rep. Trey Hollingsworth; and Utah’s Rep. Mia Love, who yesterday tweeted:

I am one of 43 Republicans who will work with 43 Democrats in the bipartisan Climate Solutions Caucus in the House of Representatives. Utahns want solutions and I’m making sure we are at the table and moving forward. #utpol https://t.co/EdzRrY4W8G
 Mia Love (@MiaBLove) July 18, 2018 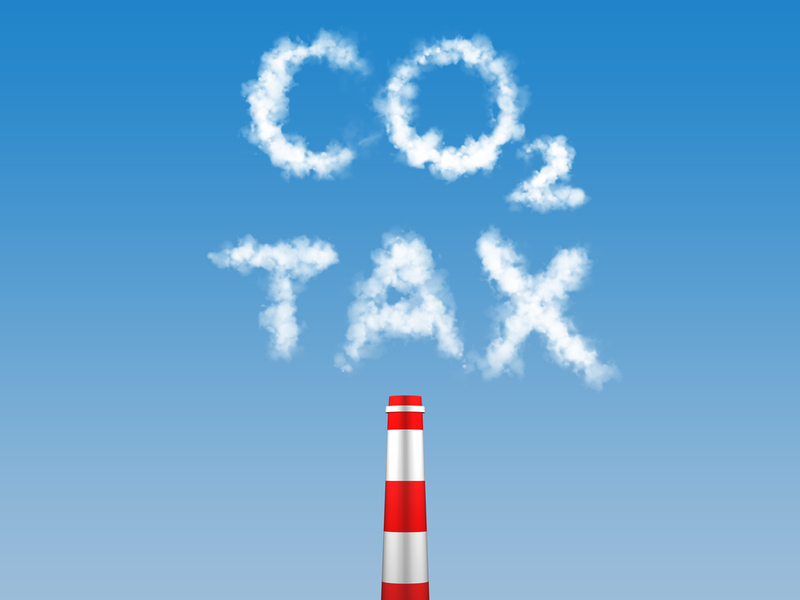 Move over for real legislation: Rep. Carlos Curbelo, known for his ardent push for climate action, including his co-founding of the House Climate Solutions Caucus, is introducing a carbon tax bill “in the near future.”

What we do know, according to a draft summary obtained by E&E News:

What we don’t know:

In his own words: “This is designed ambitiously,” Mr. Curbelo said in an interview. “For some it will be a clean energy bill. For some it will be an infrastructure bill.  For others, it will be the bill that saves the planet. And all of those characterizations will be accurate.” Alas, for full details we just need to sit tight until Monday, when Curbelo is scheduled to hold a press conference at the National Press Club, where he will unveil the bill. Pass the popcorn.

Carbon tax, effective and good for economy: Designed the right way, a carbon tax can reduce emissions faster without hurting the economy, according to joint research underpinning four papers published this week. The analyses were conducted by Columbia University’s Center on Global Energy Policy in conjunction with the Urban-Brookings Tax Policy Center, the Rhodium Group, and Rice University’s Baker Institute for Public Policy and come the week that the House of Representatives voted on a non-binding resolution condemning the carbon tax as detrimental to the economy. The papers model a carbon tax beginning at $14, $50, and $73 per ton of emissions starting in 2020. According to the findings, in the first decade alone federal revenue would increase $60-250 billion annually; a $50/ton carbon tax would slash emissions by 39 percent by 2030, 46 percent below 2005 levels, a more stringent reduction than the U.S. committed to under the Paris Climate Agreement; and if the policy includes payroll tax cuts and/or dividends to Americans, costs to consumers can be more than mitigated. According to the summary, “if the revenues are rebated to households equally, the combination of tax policies could be progressive, with lower income households receiving rebates that significantly exceed what they pay in additional taxes.” The emissions reductions would primarily occur in the electric power sector, where most economy-wide emissions occur.

Climate contests: We love a good contest and have two opportunities to share with you. Our #PutAPriceOnIt friends are hosting a climate contest for young innovators. The top winner will receive a $5,000 cash prize and multiple winners will receive an all expenses paid trip to California to help make their vision a reality. Likewise, Conservation Hawks is hosting a contest to incentivize outdoor media members, including writers, videographers, bloggers, photographers, radio & tv personalities, etc. to produce and distribute strong, effective climate-focused media content. Contestants can submit as many published stories, articles, blog post, videos, radio segments, television segments, photo essays, podcasts, etc. as they choose. The Grand Prize is $5000.

If you end up a winner of either content and learned about it here, let us know. (Warning: we will probably want to write a feature on you.)

And now I can hit the road. Next week, I’ll be reporting from the Great State of Maine, where I plan to investigate lobster conditions up close and personal (i,e. from my dinner plate or a hotdog bun). Until then!