America isn’t the only one celebrating a birthday this week. Belated wishes to EcoRight champ Rep. Elise Stefanik. ??????And Happy 4th of July!

This week’s must read: Here’s how Republicans can win the climate change debate in 2020 (The Hill) Alliance for Market Solutions’s head Alex Flint writes, “Republicans in 2020 can’t simply bank on throwing stones at Democratic ideas. They need an effective, market-based alternative. Their best bet is a revenue-neutral tax on carbon pollution.”

Let’s hear it for the mayors: The U.S. Conference of Mayors held its annual meeting this week, where they passed a resolution supporting a federal price on carbon. The measure “would encourage and empower households and businesses to invest in energy efficiency, conservation and domestic carbon-free energy sources,” according to the resolution. “Economists are in general agreement that market-based mechanisms such as carbon pricing will create price signals that efficiently inform energy investment decisions.” The gathering included around 1,400 mayors representing cities with populations of 30,000 and larger, and this was the first time they supported pricing carbon. Details are still coming in (like which Republicans supported the measure) so stay tuned.

This week’s must listen: How Burnsville, Minnesota cut its carbon emissions by nearly 30 percent. Speaking of awesome mayors, This Yale Climate Connections interview with Burnsville, Minnesota’s Republican Mayor Elizabeth Kautz reminds us of why local buy in on climate action is important. “It was clear to all of us that we needed to start doing something,” she said of her gathering with mayors to discuss the issues posed by climate change. The entire interview clocks in at only 90 seconds.

Show us your stripes: This is a little bit of a #latergram, but I am obsessed with this interactive tool created by Climate Central, an independent organization of leading scientists and journalists researching and reporting the facts about our changing climate and its impact on the public. Choose your city or state and see a warming stripes graphic for that area. Check out your hometown and other places you love. Here is DC’s, to give you a visual on what I’m talking about: 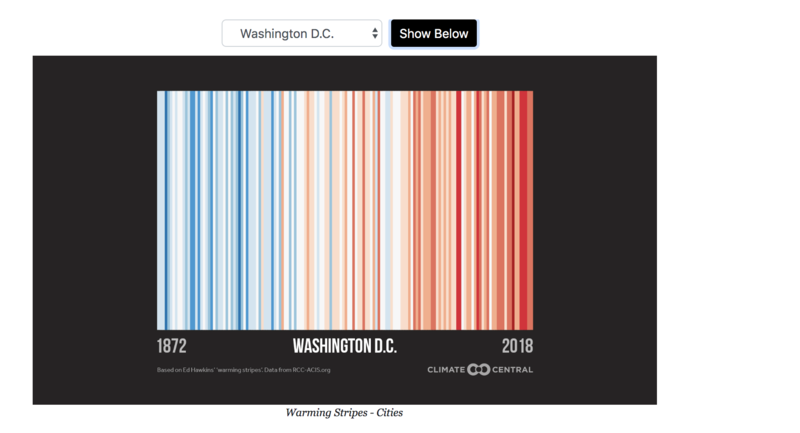 Related, record temperatures in France keep us from complaining about our own weather, but also leave us worried about the future if we don’t act soon.

Spotlight: Tyler Gillette, Chris Casey, and Jacob Abel reflect on their recent experiences in Washington, DC at the Citizens Climate Lobby annual conference, where they made quite a splash. “While we all came to the EcoRight from different paths, we are part of this movement for similar reasons. We are conservatives and we care about climate change,” they write. “At republicEn.org, we have learned how important it is to be an “up-stander” as opposed to a bystander, and that was evidenced by our participation in the CCL conference. The three of us were vital in conveying the message to Republican lawmakers: their constituents support climate action. We were pleased to learn that the conservatives in attendance had more meetings than everyone else and also led numerous panels and discussions.”

Check out Jacob (with a side of Nick Huey) making his case: 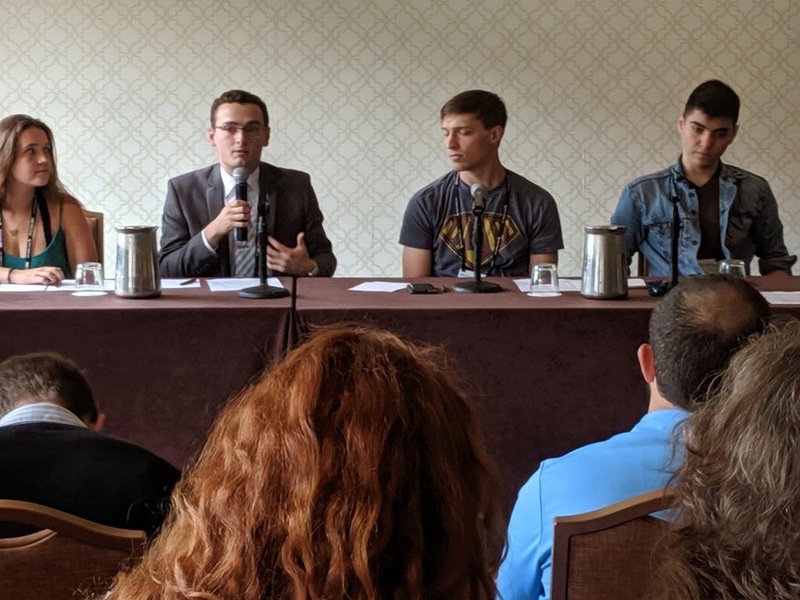 What are your plans for the 4th? I’m making Strawberry Summer Sheet Cake and hope to read 3 books between now and Sunday. Whatever you do, hope it’s a blast! ??