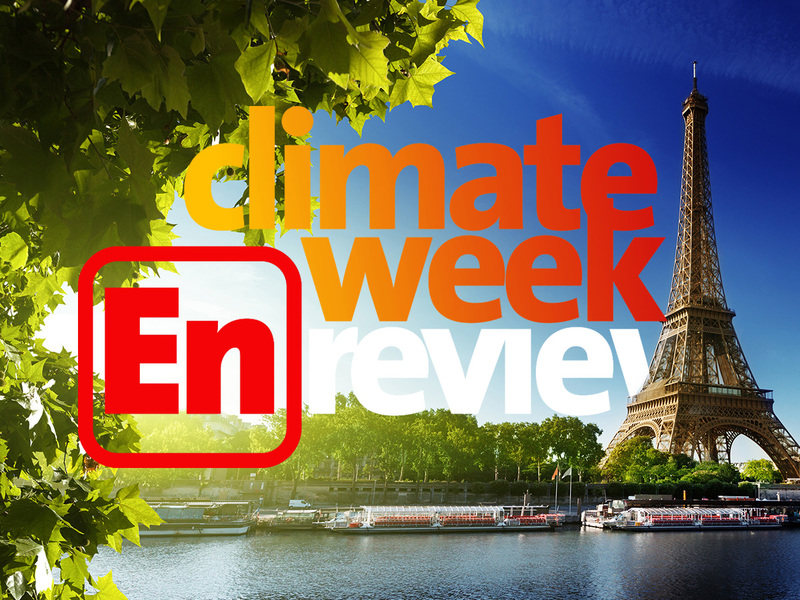 It’s finally Friday, otherwise known as the day I leave for vacation! That’s right, readers, I’m headed out of dodge, on my way to France to take a baseline assessment of the Bordeaux region’s vineyards. That means next week’s edition of Week En Review will come to you on Sunday instead of Friday. But before we fast forward my vacation, let’s turn to this week’s EcoRight news.

This week’s must listen: How a climate doubter became a climate advocate (Yale Climate Connections) “Why aren’t conservatives, who are supposed to be risk-averse, coming up with solutions to a really troubling set of risks that are facing us with climate change?” asks our own Alex Bozmoski, self-described former climate denier. (Hey, we were all young once.) “There is a misconception among members of Congress that their conservative constituents don’t care about climate.”

This week’s crushable moment: I’m a big fan of Rep. Elise Stefanik, so imagine my jealousy when Alex (accidental star of this week’s update) not only snapped a great photo with her, but engaged in Twitter conversation.

Great to chat with you today at @audubonsociety event! Thanks for all your work for conservation. https://t.co/goGAzxVqFk
 Elise Stefanik (@EliseStefanik) June 14, 2018

Stefanik was awarded the Conservation Hero award from our friends at the National Audubon Society. #girlcrush 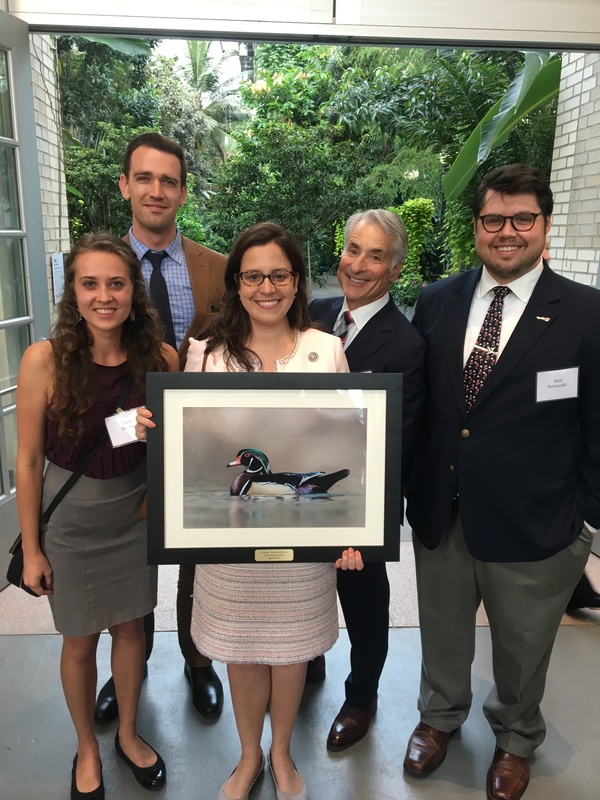 Conservatives take to the Hill: We had a rare opportunity to see IRL Harvard Republican Club President (and latest republicEn.org spokesperson) Kiera O’Brien and passionate EcoRighter Tim Reckmeyer and many others at the Citizens Climate Lobby Conservative Caucus reception this week. On behalf of Students for Carbon Dividends, Kiera participated in a panel discussion and overall, Team EcoRight schedules were packed with meetings and advocacy.

All we can say is wow … messaging with hearts and minds! https://t.co/4CqCbo2GPD
 CCLconservative (@cclconservative) June 11, 2018

Pope call to action: Calling climate change “a challenge of epochal proportions,” Pope Francis met with executives from major oil and gas companies at a two-day conference at the Vatican. Representatives from ExxonMobil, BP, Royal Dutch Shell, Norway’s Equinor and Pemex of Mexico as well as scientists and managers of major investment funds were in attendance. Modern society with its “massive movement of information, persons and things requires an immense supply of energy,” he said. “But that energy should also be clean, by a reduction in the systematic use of fossil fuels…Our desire to ensure energy for all must not lead to the undesired effect of a spiral of extreme climate changes due to a catastrophic rise in global temperatures, harsher environments and increased levels of poverty.” He emphasized that the world’s energy needs “must not destroy civilization,” and lauded oil executives for embedding an assessment of climate change risks into their planning strategies. He cited the “immense opportunity” to diversify energy sources and promote “the sustainable development of renewable forms of energy.” There is “no time to lose” he said.

Senators say yes to Kigali: A group of 13 GOP senators, led by Louisiana’s Sen. John Kennedy and Maine’s Sen. Susan Collins, are leading a push for President Donald Trump to approve the treaty amendment geared at phasing out harmful hydrofluorocarbons (HFCs). HFCs are a potent greenhouse gas found primarily in refrigerants and air conditioners. The Kigali Amendment to the 1987 Montreal Protocol sets out a timeline for reducing use and eventually phasing out the greenhouse gas. “By sending this amendment to the Senate, you will help secure America’s place as the global leader in several manufacturing industries, and in turn give American workers and advantage against their competitors in the international marketplace,” the senators wrote in their letter to Trump. They said the Kigali amendment would increase manufacturing jobs by 33,000 and boost exports by $4.8 billion. The White House has not indicated its position on the policy, which is supported by many major U.S. companies and the air conditioning and refrigeration industries, as well as environmental advocates. Other signers of the letter include Senators Bill Cassidy (LA), Lindsey Graham (SC), Lisa Murkowski (AK), Johnny Isakson (GA), Lamar Alexander (LA), Marco Rubio (FL), Jerry Moran (KS), Tim Scott (SC), Roy Blunt (MO), John Boozman (AR), and Todd Young (IN).

As our friends at the Niskanen Center noted: