Bonjour! I am back from vacation and happy to see the EcoRight was active during my absence. I’m going through cheese withdrawal this morning and unfortunately woke up at 4:45am ET, but other than that, oh, waiting in a three-hour line at U.S. customs, the empty fridge, and DC’s heat and humidity, I’m glad to be home. 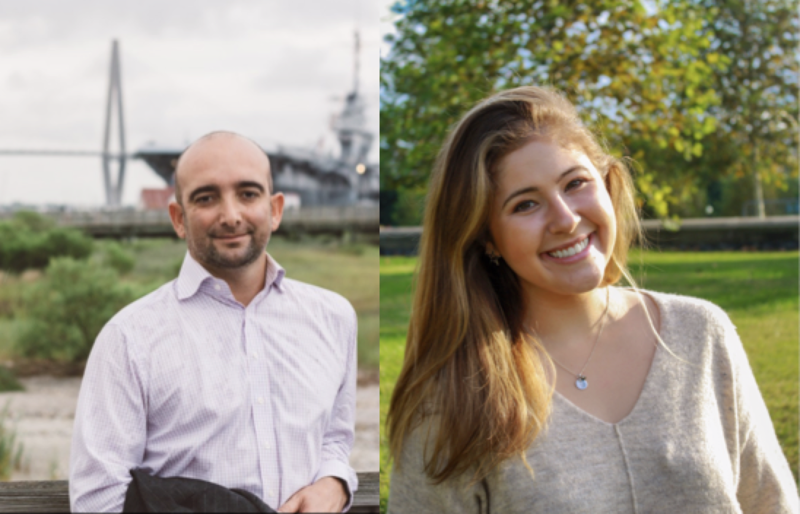 Our amazing spokespeople: I couldn’t have gone away without the comfort of knowing a team of folks was holding down the fort while I was gone. A huge thanks to Tyler Gillette and Ben Mutolo for keeping up with the news, and to Emily Collins, Rouzy Vafaie, Jacob Abel, Lisa Savage and again, Ben, for letting us publish their essays (linked to their names) on our blog. You should read them if you haven’t already.

“Just because I care about the environment, wear tie-dye, and love music, art, and yoga, does not mean that I’m all in on the Green New Deal and other liberal-leaning, government-growing policies. Likewise, just because I embrace conservative values and vote Republican doesn’t mean I hate the environment,” Emily writes in her piece, An Endangered Species.

Closing shop: Scott Waldman at E&E news reported this week that the libertarian Cato Institute has discontinued a program that downplayed the severity of climate change. The program was shut down after Pat Michaels left the organization due to internal disagreements with Cato administrators. A spokeswoman for Cato stated that “While it is true that, with the departure of Pat Michaels, we have deactivated our Center for the Study of Science, we continue to work on science policy issues.”

Cato has engaged climate issues outside of Michaels’ center, for example with an issue of Regulation magazine from 2013 called “Gambling on Global Warming: How much should we tax an unknown risk.” But Cato’s reputation on climate was driven largely by Michaels’ self-described “lukewarmism.” Michaels contested that climate models ‘ran hot’, in spite of NASA evidence to the contrary. Ryan Maue, a former meteorologist who also left the center said that “one of Michaels’ lasting contributions in the climate policy debate was to create a position where one can accept that humans are affecting the climate but not as much as the vast majority of scientists claim.” Maue pointed to the Niskanen Center, which has attracted conservatives and businesses in favor of moderate climate policy.

Editorial of the week: Catching up on the news I missed, this Sun Sentinel editorial Gov. DeSantis goes bold on climate change. Even Rick Scott says it’s real. Now what? demonstrates the cosmic shifts we’re seeing as more conservatives flock to the EcoRight. “It feels like that moment in the Wizard of Oz, where the movie turns from black-and-white to color,” the editorial board writes of Gov. Ron DeSantis’s appointment of a Chief Science Officer and his search for a Chief Resilience Officer. “A sense of optimism is emerging among Florida scientists, environmentalists and government officials who have spent the past eight years frustrated by the Scott administration’s head-in-the-sand approach to the rising waters, extreme rainfalls and more-powerful hurricanes on the radar.”

New bro-mance: We like bipartisan, bicameral pairings, and are curious to see what comes out of EcoRight leader Rep. Francis Rooney’s partnership with Delaware Democrat Sen. Chris Coons, both who have reputations for problem-solving. “We represent different parts of the country and stand on opposite sides of the aisle in Washington, but we agree that there is perhaps no issue as urgent for our nationand our economyas tackling climate change,” they write in this Fortune op-ed, 75 executive lobbied Congress for a national carbon price. We listened. “The public is often presented with a false choice between growing the economy and combating climate change but we are heartened to see businesses recognize that this trade off is a myth. America must not lose out on the good paying jobs and new technologies that will come with the transition to clean energy. A strong, stable, national carbon price will help combat climate change, speed the uptake of renewable energy in the U.S., unlock innovation in our economy, and boost our competitiveness overseas.”

Catalyst for change: Rep. Elise Stefanik wrote the essay Common-sense Conservation for the Catalyst, a journal of the George W. Bush Institute.

“It’s imperative that we step up in Congress and make smart environmental choices for future generations. Sustainable options depend not just on climate outcomes, but also center on reinforcing personal liberty and responsibility; values upon which our great country was founded,” she writes. “We can combat our climate and environmental issues through market-based solutions. We need to act  which is why I am focused on actionable policy ideas to diminish market barriers, reduce pollution, and increase economic growth and justice through free enterprise. Fortunately, I’m not alone in this thinking. Many of my Republican colleagues also view climate change as a growing threat to our future.”

Miss our webinar? Never fear, you can catch it here.

I’m sure there is more I missed, but hopefully I hit the high notes. I leave you with this photo, which I think captures the joy I experienced on this early birthday trip. 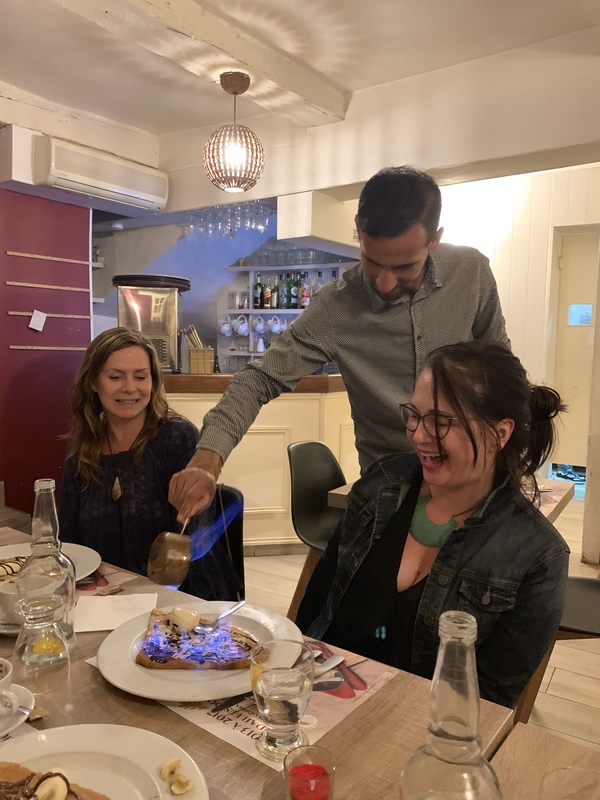 A bientot! Until the next time.