Happy Friday. Our thoughts are with those in the midwest suffering the ravages of flooding.

This week’s must listen: From Alaska Public Radio’s Liz Ruskin, listen to this clip of Senator Lisa Murkowski talking about what climate change action is politically possible. “In Alaska, we view that there is no choice here,” she said. “In the Arctic we’re seeing warming at twice, over twice the average of the rest of the Lower 48.”

While at #CERAWeek, a topic that frequently came up in conversation is addressing climate change w/ future energy policy. Climate change is real & we must take reasonable & practicable action to address it. The best way to address it is through major technological breakthroughs.
 Sen. Lisa Murkowski (@lisamurkowski) March 15, 2019 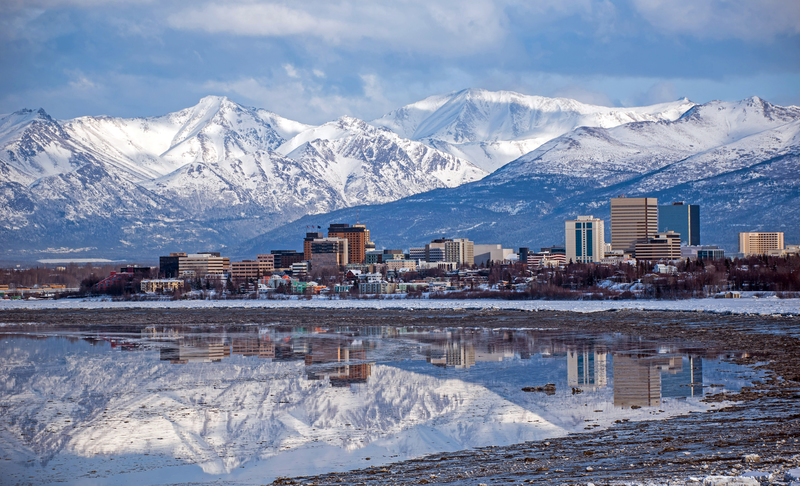 Speaking of Alaska, while we hear frequently from Murkowski on the issue of climate change, junior Alaska Senator Dan Sullivan has thoughts too. In an interview with KTUU-TV, the member of the Senate Armed Services Committee said the best way to reduce greenhouse gas emissions it to “ship clean, burning Alaska natural gas to Japan, to Korea, to Taiwan, to China…That would do more to help reduce greenhouse gas emissions than almost any other thing that we can do.”

“You come to Alaska, you see that climate change is clearly happening,” Sullivan said. “There’s no doubt about it. It’s happening all over the state.”

Alaska is on the front lines of climate change and earned its own chapter of the Fourth National Climate Assessment.

Climate Youth Strike: I hear you, readers! Last week a few of you noted the absence of reporting the climate youth strike last Friday. I have two teenage boys, so I get how passionate and informed the next generation of voters is on the issue, but I tend to focus my EcoRight news searches on conservative action. However, we can’t discount the importance of global efforts like this toward moving the dial and showing today’s elected officials that their positions and actions on climate change matter. After all, someday, these kids are going to be on the ballot. For those who want to learn more about the strike, check out this NPR story.

Straight talk: Ohio’s Senator Rob Portman joined the chorus of conservatives voices calling for action on climate change. “There are absolutely things we can do to reduce emissions. We should and we can do it in a way that is pro-growth, pro-jobs, pro-farmer  it doesn’t have to be either or. That is one thing that gets lost in a lot of the coverage I have seen,” Portman told the Ohio Farm Bureau. “People say Republicans are deniers and Democrats want to do something about it. Republicans like me want to do something about it too. And we’ve done things about it. We actually have a reduction in CO2 emissions in this country at a time when other countries are increasing their emissions. We have done it through a lot of different ways through having more alternative fuel vehicles out there  including using ethanol  and through energy conservation and efficiency.” Portman has a strong record advocating for efficiency measures. The bill he co-authored with New Hampshire’s Senator Jeanne Shaheen tackled industrial energy efficiency. Components of their bill were signed into law and they continue to push for those pieces not yet codified. “We can do better in terms of energy efficiency and that is a great way to reduce emissions but also to add more jobs,” he said. “We should be able to use technology and innovation better and we are starting to do that. I support legislation to give our power companies incentives to be able to capture carbon and sequester it and start a carbon market.”

The Ohio senator also weighed in support of nuclear power. “People who are really serious about climate change ought to look at nuclear power. There are advanced nuclear power technologies out there. It is emissions free.”

Climate change cannot be ignored: In an opinion essay in the Miami Herald, former Florida Rep. Carlos Curbelo and Rev. Mitch Hescox, CEO of the Evangelical Environmental Network call climate change “an issue that can no longer be ignored.”

An idea that respects our free enterprise system & drastically reduces CO2 pollution via ?@HeraldOpEd? The question of whether to act has been answered: We must.” https://t.co/8rPn2ubFnD
 Carlos Curbelo (@carloslcurbelo) March 21, 2019

“It is clear that conservatives won’t like Ocasio-Cortez’s Green New Deal, which includes things that have nothing to do with overcoming climate change, like big government healthcare, housing for all and ‘economic security’ for everyone. Before enthusiasm carries our country too far down the wrong road and a ‘my-way-or-the-highway’ attitude takes over, conservatives must present a better solution,” Curbelo and Hescox write. They call the carbon tax the best way to let “the market figure out the most efficient way to do so throughout the economy, driving innovation by harnessing the creativity of workers, engineers, business leaders and entrepreneurs.”

Another interesting read: Republicans need solutions on environment too (The Hill). “Americaand the world as a wholedoes indeed face enormous environmental challenges in the 21st century, and our country deserves Republican politicians who are willing to address them, rather than sit back and make the popcorn as the left chases windmills,” writes Albert Eisenberg, a Philadelphia based consultant who works on social issues from the right. “The Republican Party, with its respect for market realities, would be well positioned to offer solutions from climate to consumption, and oceans to fisheries.” Go, team, go.

Climate jester: EPA Administrator Andrew Wheeler said lawmakers need to slow their roll on climate change, “an important issue,” he conceded, but one which the impacts of are “50 to 75 years out.” Hey, as long as I’m dead, it doesn’t matter, right?

Miss our webinar? Check it out here and stay tuned for the next in the series a few months from now!

Play ball: It’s not climate change or carbon tax related, but the republicEn team loved this recent essay about baseball from our spokesperson Rouzy Vafaie, so if you’re in the mood for something touching, we highly recommend you give it a read. “The game of baseball, like the American system, is painstakingly, deliberately slow, with precise calculations and long term strategies that have implications, not for a season, but for years.” Go Red Sox!

We got through the vernal equinox, a full moon, and the tip off of March Madness. Onto the weekend.