Hey, hey, hey! Such a big week and I’m not even talking about the penultimate Game of Thrones episode. Message me if you want my theorieson the show and the story arc of the EcoRight.

This week’s must read: How a ‘RepublicEN’ takes on the right flank on climate (Green Biz) “[Rep. Bob] Inglis sees his mission as twofold. First, to explain to conservatives that this is a real crisis and we need decisive action now. His secondary mission is to speak with liberals, who already understand the problem, and teach them how to talk to the other side.”

Drama club recap: The House Ways and Means Committee hearing on climate change (i.e. the hearing on the carbon tax) made more news than the tax writing body is probably used to generating when it fell victim to political maneuvering. First, former committee member and Florida Rep. Carlos Curbelo, an advocate for a carbon tax, was invited to testify by Democrats. Then he was uninvited for “reasons beyond the chairman’s control” by House Majority Leader Steny Hoyer, who was unwilling to give the stage to Curbelo in the event he wants to run for his old seat. Hoyer’s “main concern is not solving climate change,” Curbelo told the Washington Examiner.

We all have a choice: we can work collaboratively to build consensus for #climate solutions or we can selfishly exploit the issue for personal gain. This article features many who are making the wrong choice.#climatechange #climateactionhttps://t.co/pQXmCL9Zze
 Carlos Curbelo (@carloslcurbelo) May 11, 2019

“It’s a shame because I thought for a couple days that Democrats might actually be interested in making bipartisan progress on climate policy,” Curbelo said. But not all Democrats were in on the revoking of his invitation. From his former delegation mate, Democrat Rep. Stephanie Murphy:

This is a mistake & very disappointing. Addressing climate change requires bipartisan cooperation & solutions. @carloslcurbelo is a bold leader on this critical issue and deserves to be heard for his unique insight. I hope @WaysMeansCmte reconsiders its decision to disinvite him. https://t.co/TleITghpcd
 Rep. Stephanie Murphy (@RepStephMurphy) May 10, 2019

“Republicans were looking forward to a bipartisan, solutions-based hearing for this growing national problem. With Chairman Neal rescinding his invitation of former Republican member, Carlos Curbelo, it’s clear progressive Democrats decided to make this a partisan political exercise instead,” said a spokesman for the committee ranking member Rep. Kevin Brady.

The GOP-side of the committee tweeted this the day of the hearing:

The climate is changing.

While there is still an uphill climb to get more buy-in on a carbon tax, there’s also been a shift in conservative thinking and approach to solving climate change. Take this: “We have gone from full of claims of [being] climate deniers to now we seem to be progress deniers,” Brady, the committee’s top Republican said. “We are making progress. Is it enough? Absolutely not. But we can learn from what’s brought us that progress to solve the challenge ahead of us, which is real.” Similarly, Arizona Republican Rep. David Schweikert said that regulation and carbon pricing were not the only possible solutions to climate change. “I believe there’s a third leverthat’s disruptive technology.”

From #CleanEnergyChampion @RepTomReed: We want & need to improve the #climate & make sure our kids/grandkids have a cleaner #environment. We agree empowering innovators is our top priority – we need to lead the world with our #innovation and entrepreneurial spirit. #GOPEnergy pic.twitter.com/Wj8WDPbWN6
 CRES (@Citiz4Solutions) May 15, 2019

“As a proud Republican, I think that unleashing the power of the market should be our top priority,” Reed said. Thursday he was published in The Hill: First step toward fighting climate change is simple. “We need tax policies to accelerate the deployment of clean energy technologies by incentivizing entrepreneurs and allowing the energy sector to mirror Silicon Valley’s innovation  fast, disruptive, exciting and good for consumers,” he writes. “Enabling cleaner, more efficient energy technologies to compete in a free market should be the goal of the U.S. government’s approach to energy. After all, it’s not just about the here and now  it’s about our future.”

Curbelo released the testimony he would have delivered to the policymakers and his written statement was included in the record of the hearing. In it, he called the carbon tax the “most cost-conscious choice for policymakers” as he outlined why the free market mechanism is the most “effective and efficient” tool available. “A carbon tax joint with an appropriate use of funds has the potential to not only limit and reduce the damage caused by climate change but to grow the economy as well.” He attended the hearing and had this follow up to his disinvite: “What it has done is expose, again, the reason why things don’t get done here, and why the big issues don’t get resolved. Because too many people are focused on their own personal political interest, too many people are focused on getting reelected, and not enough people are trying to build a consensus.” But, he noted: “Republicans are light-years from where they were when I left this building in January.”

Take a breath. Rewatch the Battle of Winterfell. Then move on to other news 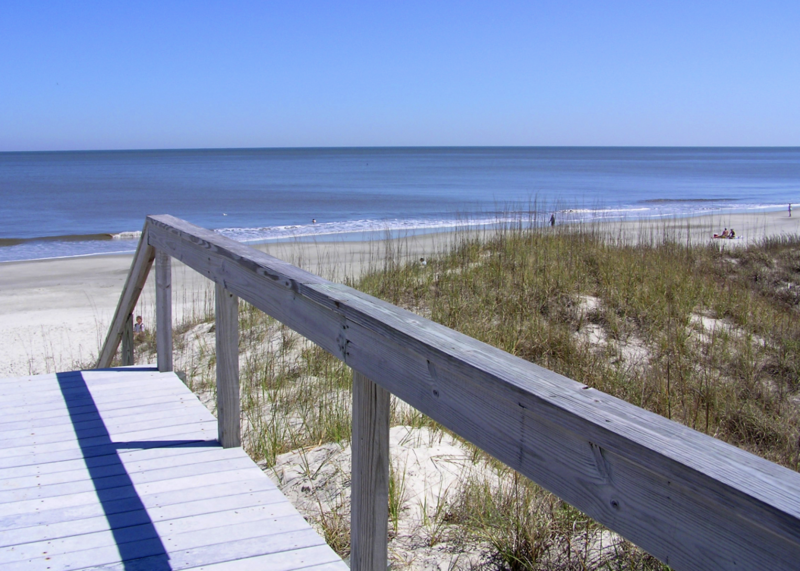 Georgia on my mind: “Climate change is real. The climate has been changing since day one,” Georgia Rep. Buddy Carter said at a recent meeting with the Golden Isles Republican Women. “We’ve seen it through history, we know the climate is changing. There was a time back in the 70s when it was getting colder, and we were afraid we were going to have more freezing of areas. Now we’ve got just the opposite.” A member of the House Select Committee on the Climate Crisis, Carter has been outspoken of late when it comes to the need for mitigation, adaptation, and innovation.

“I represent the entire coast of Georgia, 100 miles of pristine coastline. I’ve lived here all my life, it’s where I intend to live the rest of my life,” Carter said. “I love this coast, and I’m never going to do anything to harm this coast. I believe that we need to make sure we’ve got a representative on this committee for our coast, that’s why I volunteered for it.”

Elected in 2014, his congressional district includes the entire Georgia coastline, areas vulnerable to sea level rise and erosion due to climate change. “We need to mitigate this to make it as less-impactful on us as we can. We need to adapt to it.”

Meanwhile, from the Lone Star State: Texas Senator John Cornyn joined the chorus of conservative lawmakers calling for action on climate change. “There is a growing consensus the days of ignoring this issue are over,” he said. “If we all agree that reducing emissions is important I think we have a better way of approaching that than the Green New Deal.” He plans to introduce “an innovation agenda” bill to serve as a counter to the Green New Deal. “So that’s the alternative, I think, to the Green New Deal and new taxes and regulations, which obviously cost a lot of money and jeopardize jobs.” His plan would include expanding federal funds for research into carbon capture technology. “We can do this without passing new taxes or huge new job killing regulations,” the former Republican whip said.

Welcome to the EcoRight, Sen. Cornyn! 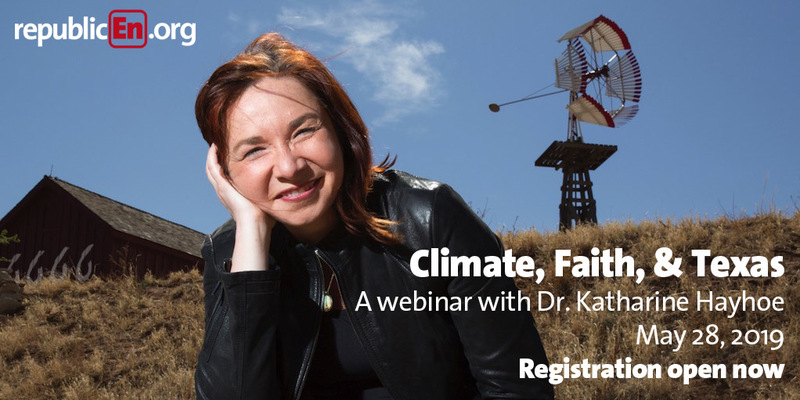 Register for our next webinar: Join us on May 28th, 2:15-3:15ET for Climate, Faith, and Texas: A conversation with Dr. Katharine Hayhoe of Texas Tech. The cost is free, but space is limited. I’m sad I will miss it (especially because I got her in the EcoRight Superhero quiz) but the consolation is I will be in Provence on vacation. Anyway, you should sign up here.

That’s it for me. Between now and the airing of the last ever Game of Thrones, I’ll be hosting “book club for home improvement,” a little thing my friends and I do where once a month, we convene at one of our houses for four hours of projects. Tomorrow I’m getting new exterior shutters, some light painting, and heavy gardening.