Bonjour! By now, I should be on my vacation. But it was important to me that you keep up with the EcoRight while I’m gone! So here you go…

This week’s must watch: You’ve read our accounts of the field trip we took with Rep. Francis Rooney, now catch this exclusive report, Seeing is believing. “I think it’s really important that as many people as possible see firsthand these things that we’re seeing,” Rooney says in the piece.

This week’s must read: It’s time for Republicans to lead (again) on climate change (The Hill) Emil Frankel, a former official from the George W. Bush administration, writes in this op-ed: “Climate change may represent the greatest threat to public health and safety humanity has ever faced. But, at this critical moment, the Trump administration and Republican congressional leadership have turned away from regulatory and statutory leadership on climate  ceding the issue to Democrats. It’s time for new leaders to restore the tradition of environmental stewardship that is so central to Republican principles.”

This week’s must listen: The Political Climate podcast episode, Curbelo’s canceled testimony and the ‘middle ground.’ You’ll want to fast forward to 15:15 to hit the interview with former Rep. Carlos Curbelo, which lasts about 20 minutes. “Clearly, the founding father wanted strong consensus if we were going to get anything done in this country,” he says in the interview. “Whatever cause you want to advance, you are going to have to get bipartisan support.”

Oil giants back carbon tax: BP and Shell each pledged $1 million to Americans for Carbon Dividends, “the advocacy arm of the Climate Leadership Council, a group led by former Republican Secretaries of State James Baker III and George Shultz that is promoting a carbon tax plan that would return all of the revenue to taxpayers.” Response from the EcoRight: “‘Any and all industry support for pricing carbon is a welcome development,’ [Rep. Francis] Rooney told the Washington Examiner. ‘These major oil companies have important voices in the future of energy. I would also like to see these companies engage in direct advocacy for pricing carbon.'”

The Senate acts: Responding to what appears to be pressure from the Green New Deal and increasing calls to act, Senate Republicans are introducing a series of bills intended to respond to the climate crisis. “We think climate change is real, man is contributing to the problem and innovation, not regulation, and here is some innovative technologies we should invest in to get to a lower carbon economy,” South Carolina’s Senator Lindsey Graham, long an advocate for climate action, said.

“My preferred method is through innovation,” Texas Senator John Cornyn explained. “This is basically trying to get out of the way and let the free enterprise system create the solution other than government regulation.” Last week, the former member of Senate leadership said “the days of ignoring this issue are over.” According to Bloomberg, his bill would focus on incentivizing carbon capture, including emissions from natural gas.

Senator Susan Collins joined ranks with Senator Martin Heinrich, Democrat from New Mexico to introduce the Better Energy Storage Technology Act, a grid-scale energy storage bill to “help catalyze the development of this technology that holds great promise in the fight against climate change by supporting clean energy,” she said in a statement. “Next-generation energy storage devices will help enhance the efficiency and reliability of our electric grid, reduce energy costs, and promote the adoption of renewable resources.”

“What we’re doing is trying to come up with on something that actually has a path to getting bipartisan support,” said North Carolina Senator Thom Tillis, who is crafting legislation aimed at promoting renewable energy. “We’re serious about trying to make a difference and not just making a point.”

A Clean Energy Investment Fund is also under development, which could fund carbon capture and advanced nuclear. And Wyoming Senator John Barrasso and West Virginia Senator Shelley Moore Capito have requested the Treasury Department provide guidance on implementing the carbon capture utilization and storage tax credit program. The program passed a year ago, but taxpayers haven’t been able to tap into the credit.

All this is happening as major U.S. corporations call for action on climate change. A recently formed group called the CEO Climate Dialogue includes BP, Royal Dutch Shell, DuPont, Dominion Energy and Ford and is calling for an 80 percent reduction in U.S. greenhouse gases by 2050. “The fact that there are several business coalitions working to advance federal climate legislation demonstrates that demand for U.S. climate action is growing, and that a wide range of companies are keen to drive progress in Congress,” the group says. Check out their guiding principles for federal action on climate.

Four out of five dentists voters agree: The Climate Leadership Council released promising polling conducted by Luntz Global which shows 4 out of 5 of voters want Congress to put politics aside and reach a bipartisan solution. Other key findings:

Newest EcoRight crush: Wyoming Gov. Mark Gordon might not know it yet, but he’s EcoRight. 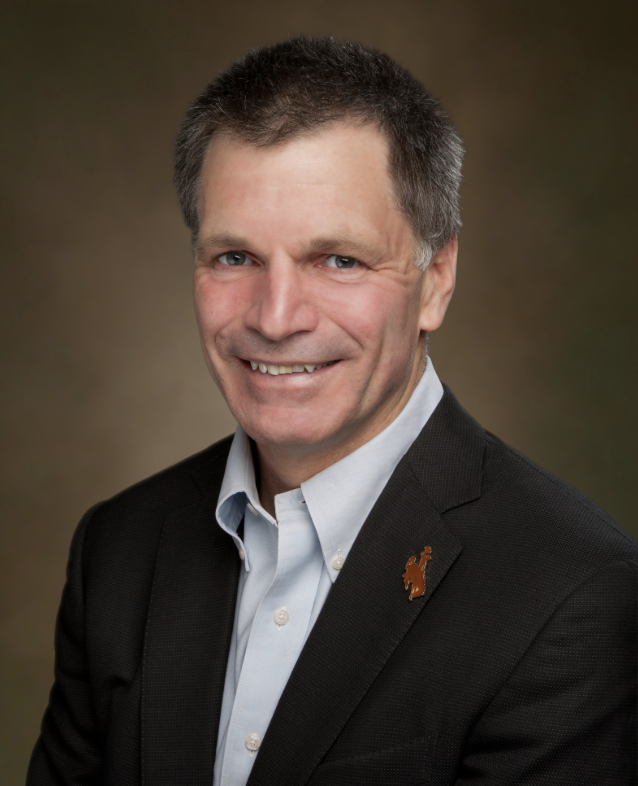 “Wyoming has the solutions for our climate,” he said in conversation with the University of Wyoming’s Board of Trustees on Thursday. “We can take our coal products and we can make them part of the solutions.” He had a similar message for the Campbell County Chamber of Commerce earlier this month when he said that the state can do environmental regulation better than “anywhere else in the world” when it comes to mining coal and burning it to make electricity.

Wyoming is the largest coal producer in the country, but increased demand for natural gas and renewable energy had taken a toll on the local economy. Gordon would like to see the state build on the “legacy of being the first to define carbon sequestration, the first to put the legal framework in place and the first to really look at what kinds of assets do we have that we can retool to not just slow down carbon being released into our atmosphere, but to actually remove it from the atmosphere.” He championed a $5 million grant to the University of Wyoming School of Energy Resources for “a 5-megawatt equivalent pilot project utilizing advanced coal-based generation technology that captures at least 75 percent of carbon emissions.”

And word on the street from A. Boz, who heard him speak, is that the governor can talk accurately, passionately, and reasonably for more than 20 minutes, unscripted, on climate change and solutions. We like that!

Register for our next webinar: Join us on May 28th, 2:15-3:15ET for Climate, Faith, and Texas: A conversation with Dr. Katharine Hayhoe of Texas Tech.

Very glad to welcome @KHayhoe as our speaker for the next @republicEn webinar on May 28. Dr. Hayhoe will talk about her perspective on Climate, Faith, and Texas. Please join us! https://t.co/wayNfRLRP5 #climatechange #ecoright
 Bob Inglis (@bobinglis) May 22, 2019

The cost is free, but space is limited. Sign up here.

And I’m off. I was asked if I purchased offsets for my trip. I did not. But when I come back I will do a post on all the ways I walk the talk in my private life. Until then, keep at it, EcoRight.