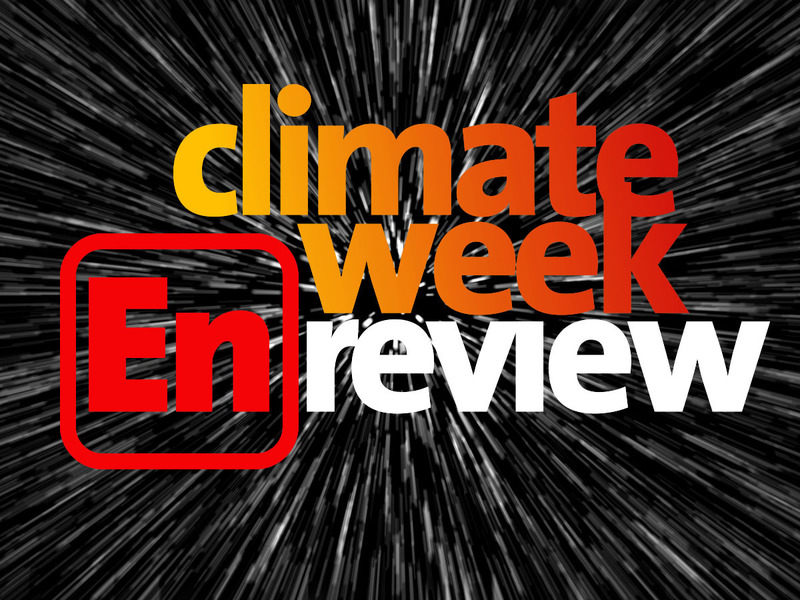 May the Fourth be with you! EcoRight Jedis, here is what we have for you this week.

This week’s must watch: Solo: A Star Wars Story

And now that I’ve outed myself as a true Star Wars nerd, the real news tailored for the EcoRight…

This week’s must read: Our spokespeople are at it again with another op-ed, this one in the Des Moines Register, co-authored by David Rokeach and IowanKelsi Wolever. “Younger millennials and Gen-Zers are referred to as ‘digital native.’ We grew up with the internet and smartphones, making the world a smaller, more connected place. We’re also ‘climate change native.’ While we embrace advances in innovation, President Trump mocks the Montreal Protocol for ruining his favorite hairspray. While our friends buy electric vehicles to reduce their carbon footprint, the EPA rolls back fuel efficiency standards. While we push for more honesty and accountability in government, the EPA issues misleading and inaccurate talking points to raise uncertainty around climate science.”

Mount Trumpmore: While we can think of better ways to invest $500,000, a Finnish climate advocacy group launched a kickstarter to fund the carving of President Trump’s face into a melting glacier to ramp up awareness of climate change. An artistic rendering of the project:

Maine warming: Responding to recent reporting on rapid warming of the Gulf of Maine, Maine’s U.S. Senators, EcoRight stalwart Susan Collins and Independent Angus King, sent a letter to the National Oceanic and Atmospheric Administration (NOAA) asking the agency to study the causes and effects of this rise in temperature. “We need greater resources, enhanced monitoring of subsurface conditions, and a better understanding of the diversity of factors that are simultaneously impacting the Gulf of Maine, from changes in circulation and water temperature to ocean acidification,” the senators wrote. “Understanding the changes occurring in the Gulf of Maine with respect to warming ocean waters will allow us to better understand the impact to fisheries and benefit other waters similarly affected by climate change.” Canadian scientists recorded record-breaking temperatures in the deep water flowing into the principal oceanographic entrance to the Gulf of Maine11 degrees above normal for this time of year. Such warming threatens not only the ecosystem but Maine’s fisheries industry. In recent years, scientists have identified the Gulf of Maine as the second fastest warming part of the world’s oceans. An “ocean heat wave” in 2012 disrupted the soft-shell lobster season and caused the green crab population to explode, which in turn devoured most of the clams and impacting the breeding season of the state’s iconic puffins. “Along with ocean acidification and the potential for oil drilling off our coastline, the warming of the Gulf of Maine is a serious threat to our way of life,” added Rep. Bruce Poliquin, who represents the state’s second congressional district. (Being from Maine, I just have to note that this report hit me hard.)

Hands raised for clean energy: New polling commissioned by the Conservative Energy Network (CEN) shows more than 85 percent of voters find it is important for elected officials to share their views on energy, and 75 percent said they would likely oppose a candidate who does not support development and use of clean energy sources (including 64 percent of base Republicans). “Clean energy is not just about powering homes, cars, and buildings  more and more, it’s also about powering our state and local economies,” Mark Pischea, president of CEN, said, pointing out that conservative voters “recognize our nation’s inevitable transition to clean energy, and want conservative policymakers to play a greater role in the development of policies that facilitate that transition.” The polling was conducted by Glen Bolger of Public Opinion Strategies, a top GOP polling firm. Bolger highlighted that voters in particular want “energy competitionthe freedom to choose who generates their power and what source it comes from, whether that be renewables like hydro, solar, and wind power, or even clean coal.” The survey found that 75 percent of voters think the U.S. should place more emphasis on solar production, 66 percent want more wind, 59 percent want more hydropower, 50 percent want more geothermal, and 34 percent want biomass. Voters are less enthusiastic about clean coal at 32 percent, nuclear is at 28 percent while 36 percent want less of it, and only 16 percent want more coal while more than half of those polled (59 percent) think the U.S. should put less emphasis on coal.

“Voters are ready for a change,” added Pischea.

Jester in the House: Louisiana’s Rep. Steve Scalise is this week’s climate jester for bringing back a stale House resolution aimed at condemning a carbon tax. The non-binding (i.e. it doesn’t matter if it passes) resolution reads that “a carbon tax would be detrimental to American families and businesses, and is not in the best interest of the United States.” In a statement, Scalise said,”Our resolution will affirm the position of Congress that a carbon tax would run counter to the goals of American energy dominance and national security.” The same resolution passed in 2016 and 2014, with full GOP support, but the last time around was in the early days of the House Climate Solutions Caucus. Let’s hope for open minds on free market solutions to climate change in this go around.

Time out for a civics lesson: I was asked a very good question: why did this resolution come up again if it has passed the House twice already? Here’s the answer: a “simple resolution” is a proposal that addresses matters entirely within the prerogative of one Chamber or the other (i.e. the House or the Senate). It requires neither the approval of the other Chamber nor the signature of the President (as do bills in order to become law) and it does not have the force of law. Simple resolutions express the sentiments of that Chamber. For a primer on how a bill becomes a law:

As always, thank you for your readership, feedback, and support.