Oh what a week were you too busy shopping and eating leftovers to notice the Fourth National Climate Assessment (4NCA)? I didn’t think so. (Nice try, news buriers.) Hot on the heels of the IPCC Report, the 4NCA will hopefully capture the interest of those who haven’t taken the issue of climate change seriously. So far, we’ve seen strong reactions out of a new set of voices and that new engagement gives us hope.

This week’s must read: I was wrong on climate change. Why can’t other conservatives admit it, too? (Washington Post) “It’s time to sound the planetary alarm,” writes conservative national security columnist Max Boot.

This week’s must watch: This segment caught our eye. “Our burning of fossil fuels is damaging planet Earth,” Shepard Smith reports on the Fourth National Climate Assessment.

Code Dire: The product of 300 scientific experts working under the guidance of a 60-member federal advisory committee, the National Climate Assessment was open to review by the public, 13 federal agencies and a panel at the National Academy of Sciences. This report details grim scenarios for each region of the country, including threats to water supply, spread of wildfire range, reduced agriculture yields, worsening public health, and a drastic hit to the U.S. economy. The first climate report fully “belonging” to the Trump Administration, it warned of “hundreds of billions of dollars” in annual losses to some sectors of the economy and that the “era of climate consequences” is already underway in the U.S. “Climate change is transforming where and how we live and presents growing challenges to human health and quality of life, the economy, and the natural systems that support us,” the report warns.

On Fox News Sunday, when asked about climate change, Nebraska Senator Ben Sasse said it’s a matter of how to respond. “I think the real question, though, becomes what do you do about it? Because you can’t legislate or regulate your way into the past, we have to innovate our way into the future.”

Maine Senator Susan Collins, while pointing out direct impacts on the economy of her state, said the release of this report “should cause all of us, including the Administration, to take a harder look at the economic consequences of inaction and use what is known about climate risks to inform federal policy. We cannot ignore the impact of climate change on our public health, our environment and our economy.”

Alaska Senator Lisa Murkowski had an emphatic response: “When your state gets a whole chapter, by gosh we’re going to pay attention to it,” she told Politico. “We’re not going to just say nice platitudes. We’re going to be talking about the things that need to be reviewed, need to have an action plan, need to be developed out and discussed.” In a statement, New York Rep. Tom Reed said: “Climate change is a serious threat, and we care about the countless lives this report shows it will impact. We continue to be a leader on our side of the aisle to implement a tax code which incentivizes all clean and renewable energy sources in order to further reduce greenhouse gas emissions in the United States.”

The 4th National Climate Assessment report serves as a glaring reminder of the long-term risks of climate change. Both parties need to work together to deploy an innovative, market-driven strategy to combat the impacts of climate change.
 Senator Thom Tillis (@SenThomTillis) November 26, 2018

From Rep. Ryan Costello, who is retiring at the end of the Congressional session, a succinct reaction:

In a separate tweet, he challenged Utah Senator Mike Lee, who said all the climate proposals he’s seen so far “devastate the U.S. economy and have little or no benefit that is demonstrable from our standpoint.”

But not substantially reducing carbon emissions over next decade(s) would be extremely harmful, cause cont’d economic hardship (eg, agriculture, infrastructure) & disaster relief $, among other costs.” The more precise policy analysis is cost of proposed action(s) vs inaction https://t.co/Fmu0XDSJm0
 Ryan Costello (@RyanCostello) November 25, 2018

. @SenMikeLee take a look at the #MarketChoiceAct. Utah needs your leadership on the #environment, #ClimateAction before it’s too late. https://t.co/bDPK9kMpbJ
 Carlos Curbelo (@carloslcurbelo) November 25, 2018

And perhaps most bewilderingly though not surprisingly, President Donald Trump commented: “I’ve seen it. I’ve read some of it, and it’s fine,” he said, adding when asked about the report’s economic projections that by the end of the century, global warming could cost the U.S. ten percent of its gross domestic product: “I don’t believe it. No, no, I don’t believe it.” The Global Change Research Act of 1990 requires the issuing of a climate assessment to the president and Congress at least every four years. 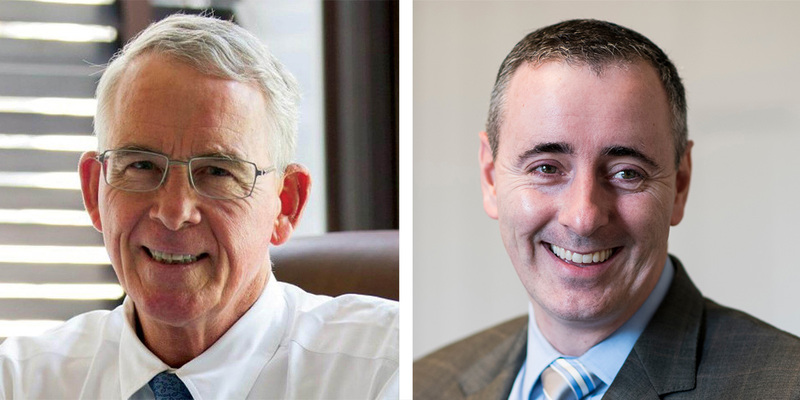 The bill sponsors, who added to their GOP ranks the retiring Rep. Dave Trott from Michigan yesterday, say the measure would create 2.1 million jobs in ten years and save 13,000 pollution-related deaths a year. “To let the free market price out coal we should consider value pricing carbon,” Rooney wrote in a statement. “A revenue-neutral carbon fee is an efficient, market- driven incentive to move toward natural gas and away from coal, and to support emerging alternate sources of energy.” Fitzpatrick added: “Since my first day in Congress, I have committed to finding solutions that mitigate the effects of climate change. We must take a bipartisan, market-driven approach to reduce carbon emissions, which are contributing to atmospheric change, rising sea levels, and more intense natural disasters. I am confident that bipartisan efforts to preserve our environment and protect our way of life for future generations will ultimately succeed.”

Click here for a bill summary prepared by the sponsors.

A seismic shift? A Monmouth University poll taken before 4NCA came out found nearly two-thirds of Republicans (64 percent, up from 49 percent three years ago) and a majority of all Americans now acknowledge climate change. Dig in for other interesting generational, party, regional results. One area of bipartisan agreement: most Americans say it is not too or at all likely that Congress will act soon.

I know, it’s a lot to take in. Hang in there! See you next week when it will be December, the best month of all.