Hello, Friday! Please join me in offering a resounding

to our fearless leader, Bob Inglis,

who has given us these wise words:

“Let’s rise to the challenge with solutions that match the scale of the problem.

Let’s not shy away from what’s bold and what’s hard, but lean into our exceptionalism.” 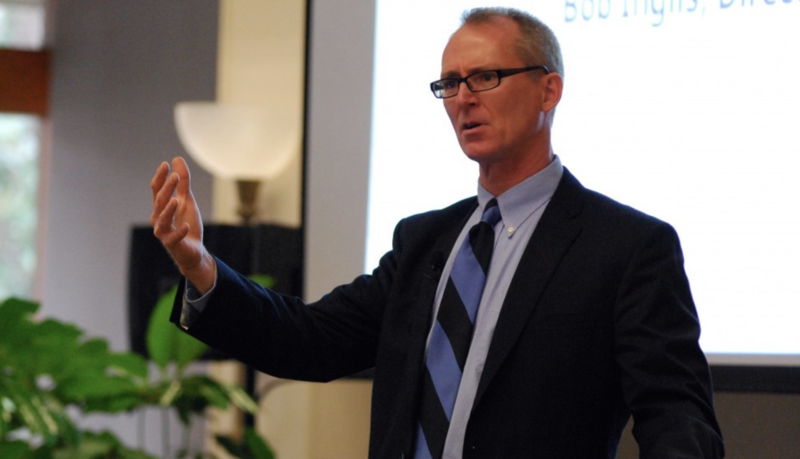 Bob: the EcoRight community wishes you a swell in membership, a boost in support for the carbon tax, and the birth of your first grandchild today!

This week’s must read: A case for a carbon tax (Albany Times Union) New York native and republicEn spokesperson David Rokeach has been published multiple times in the Albany Times Union urging conservative leadership on climate change and extolling the benefits of a carbon tax. Thus we not-so-humbly are pleased to see their editorial board make the case for a carbon tax: “RGGI was a good start, but it’s time to take a stronger step: a carbon pricing program that makes power producers pay a tax based on the CO2 they emit,” the editorial reads. “That would make cleaner energy sources like wind and solar more competitive and spur more development, use, and eventually lower prices for green energy. Carbon pricing could help New York meet the ambitious goals of the recently enacted Climate Leadership and Community Protection Act, which requires the state to achieve 100 percent carbon-free electricity by 2040.” (h/t to Senator Marco Rubio for raising the issue in his August USA Today op-ed, We should choose adaptive solutions.)

Out of the mouth of Bob: Conservatives can lead the country to climate-change solutions (Miami Herald) In this recent op-ed, Bob Inglis takes on an underreported impact of climate change, the collapse of the 30-year mortgage in Florida. “Beyond apple pie and fireworks on the Fourth of July, not much is more emblematic of the American Dream than home ownership,” he writes. “From lawmakers to community thought leaders to those skimping and saving for a place to call their own, everyone should take note of the Woods Hole Research Institute’s warning that, ‘Once insurers become too anxious to insure homes in Florida based on a 1 in 20 chance of paying out on a climate event, then the lenders will pull out of the market all together.'”

My fellow Cincinnati area friends and family! It would be great if you came to my event that my old professor and I will be discussing climate!

In the meantime, you can find Chris Casey in this video clip, How oil-loving Texas is making America green again.

From deep in the heart of Texas, Casey says: “I’m really engaged… If I’m not studying in graduate school or working at the newspaper, I’m working on something climate related.” Other EcoRight favorites, including Katharine Hayhoe and Georgetown Mayor Dale Ross, are also featured.

This week’s must listen: Utah’s Rep. John Curtis speaks to KPCW about how he wants to reframe the conversation on climate change. “I really shouldn’t be here, and let me tell you what I mean by that,” Curtis said from the Park City’s Mountain Towns 2030 net-zero conference last week. “I’m a Republican; I was the mayor of Provo, Utah, arguably the most conservative city in the most conservative county in the most conservative state, arguably, in the United States.” In redefining the narrative on climate change, Curtis suggests we “don’t forget the big picture,” i.e. global carbon emissions and climate impacts, but suggests a localized approach. “I don’t know a single Republican in the entire state of Utah that doesn’t want to leave the earth better than they found it.”

Link to the full interview from his tweet below:

Do you want to leave the earth better than you found it? ??

The most effective and consequential changes will happen at the local level. We have to focus on the big picture. #utpol

Ready to lead: ??Our EcoRight friend and ally Sarah Hunt from The Rainey Center wrote this piece for Morning Consult on the need and potential to step up GOP climate leadership. “Wherever one looks, stories about climate change are also stories about the political commitments of the young. Theirs is a generation deeply troubled by what they characterize as failures in the realm of environmental policy that could leave them with a failing planet,” she notes. “Going forward, the Trump administration should more clearly embrace the science of climate change, make public the emissions reductions already achieved, and implement policies that support the energy industry’s search for cleaner power.”

Not to get partisan, but Go Nats! ?Have a great weekend.