Hello! The windows are open. A cool breeze is blowing in. Humidity is down. I might wear a sweater later. This EcoRighter (EcoWriter) is happy. ??

But I hear you ask: what have you got for me this week, Chelsea?

Quote of the week: “In order to deal with this issue we gotta unleash the innovation of technology that is going to address climate change,” New York’s Rep. Tom Reed said to a group of high school students in his district. “And what that means is  how do you produce the next generation of energy?” Listen to the full news report here.

The more, the merrier: As reported last week, Pennsylvania’s Rep. Brian Fitzpatrick added another carbon tax bill to the suite of free market climate solutions, this one building off the progress he and former Rep. Carlos Curbelo kickstarted last year. The MARKET CHOICE Act (H.R. 4520) bears the same name as last year’s measure, but makes some tweaks to the legislative details. This bill would implement a fee on carbon while eliminating the gas tax, and directing most of the revenue to infrastructure development and enhancement.

In case you didn’t hear us, the EcoRight allies cheered.

If you want to dig into the particulars, read the bill linked above or check out this Niskanen Center analysis on the previous iteration of the bill. “By transitioning federal infrastructure funding from the gas tax to a carbon tax, the MARKET CHOICE Act will allow us to cut emissions efficiently and effectively while addressing our crumbling infrastructure,” says Joseph Majkut.

And Curbelo, a senior advisor to Alliance for Market Solutions weighed in with these positive words for his former House mate.

From AMS Advisor @carloslcurbelo: “With the introduction of the MARKET CHOICE Act, @RepBrianFitz has once again demonstrated he is a principled problem solver and a courageous leader.” 1/2
 AMSResearchOrg (@AMSResearchOrg) September 26, 2019

“With the American public overwhelmingly seeking fixes to our crumbling roads and bridges while searching for solutions to mitigate the dangerous effects of climate change, our bipartisan bill is a dynamic solution that seeks to tackle both problems,” Fitzpatrick said. “It doesn’t have to be a tough choice.”

We’re here for it! 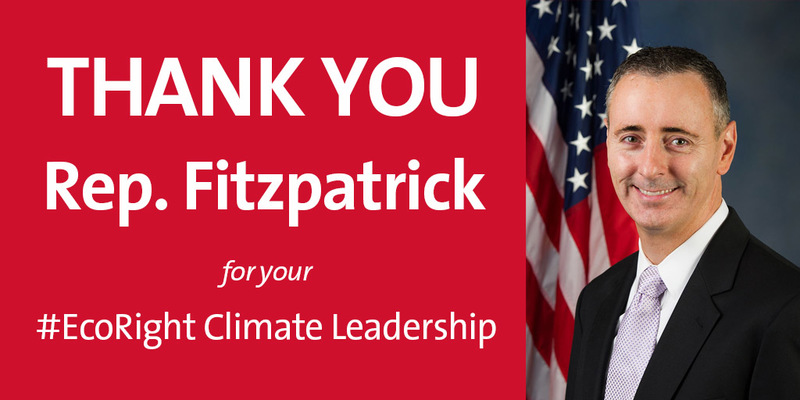 Climate change…troubling (to say the least): Idaho Senator Jim Risch called climate change “very, very troubling” in a speech earlier in September. While his prepared remarks didn’t touch on the issue, during Q&A, a young student asked the Senator, who serves as chairman of the Senate Foreign Relations Committee, how he intends to “create a conversation around global cooperation on climate change.”

He doesn’t have “a magic solution” for solving climate change, Risch said in response. “There’s a lot of debate going on about it. I listen to the debate on it…If it is as bad as the people that are on the edge of it say it is, I don’t know that there’s anything anybody can do about it, but I think that doesn’t mean we shouldn’t continue to try to do something about it.” The Senator also indicated that he finds the “theory” that human activity is causing climate change is “very valid.”

“If that’s the case, the world’s in a very precarious situation.” 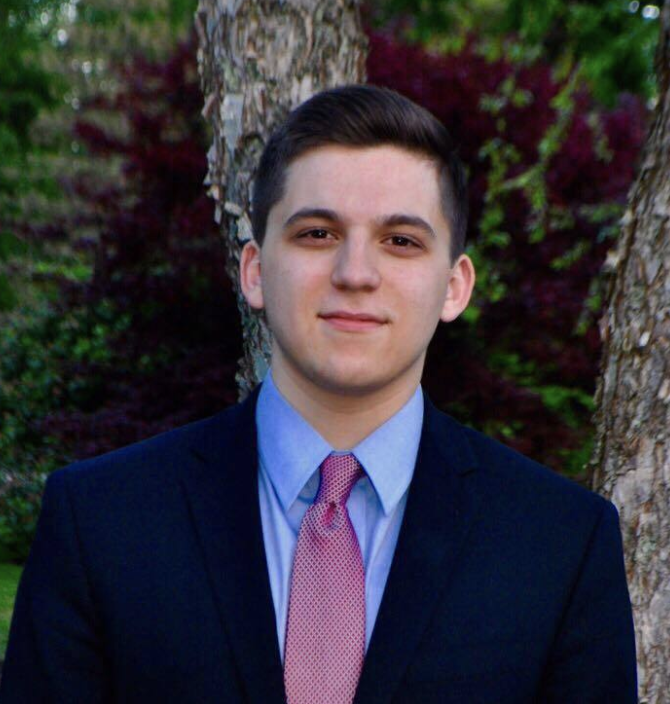 EcoRight Speaks: Read our next in the series as spokesperson Ben Mutolo has a climate conversation with George Behrakis, a senior at Tufts University studying economics and music. Gerorge served as the President of the Tufts College Republicans for two years, as well as Executive Director and Co-Chair of the Massachusetts Alliance of College Republicans. “I believe it is good for the country when both Republicans and Democrats have a rigorous debate about policies and legislation. Unfortunately, Democrats have long dominated the conversation about climate change and this needs to change,” he tells Ben. “I believe that sensible free-market approaches to dealing with the issue will actually lead us to greater economic growth and sustainability in the future, as well as position America as a global leader on climate issues.”

More from the Spokesperson corner: Jacob Abel wants to connect with you! A passionate member of the United Nations Association of the United States of America (UNA-USA) he reports that in October, to honor the anniversary of the founding of the UN, UNA-USA holds community events nation-wide on a variety of global issues, including climate change. Are you interested in hooking up with a chapter in your area? Let us know and we will connect you to Jacob, who will connect you to the chapter in your neighborhood.

And from Tyler Gillette, our meme-orator:

Job announcement: Want to join the EcoRight in an official capacity? Our friends at the Conservative Energy Network (CEN) are seeking a Director of Communications and Digital Strategy. We can attest to the CEN folks as being great to work with, so if you have the qualifications and the interest, get in the pool!

That’s it from me! I’ll be reveling in one autumn weekend (finally) before winter hits.