Friday the 13th and the full moon and my baby turns 18 on Sunday… all things collide this busy, busy week!

This week’s must read: If you’re EcoRight, you know and love him as a most steadfast supporter of a carbon tax. Rep. Francis Rooney wrote I’m a conservative Republican. I believe in climate change for Politico. “It is well past time for Republicans to recognize the increasing costs and dangers associated with a changing climate,” he writes. “Americans are experiencing these disasters firsthand, and these personal experiences are informing their views on climate change regardless of their age or party affiliation. According to a poll conducted by Monmouth University in 2018, 78 percent of Americans believe the world’s climate is undergoing a change that is causing more extreme weather patterns and sea level rise. That same poll showed that 64 percent of Republicans surveyed believe in climate change, a 15-point increase from poll results just three years earlier.”

??Coming soon: Senate Climate Caucus: Delaware’s Senator Chris Coons is teaming up with Indiana (yes, Indiana) Senator Mike Braun to launch a Senate companion to the House Climate Solutions Caucus. Calling climate change a “bridge issue” in an interview with the Washington Examiner, Braun said: “I’m not afraid to talk about climate change. I’m not afraid to talk about the science…I mean, we’re obviously pumping more CO2 into the air and there is a thing called the greenhouse effect.”

Related, polling in Indiana, one of the states with the highest number of self-identified conservatives, shows that a majority believe climate change is happening. “Around 80% of respondents reported believing that climate change was occurring ‘somewhat’ or ‘to a great extent,'” according to a summary of the survey. Interestingly, most Hoosiers don’t have faith that their neighbors feel so strongly about the issue. “Respondents underestimated by about 24% how many Hoosiers accept climate change. Doubters thought that most others shared their skepticism, estimating that only around 43% in Indiana held the opposite opinion.”

Better late than never: Arizona Governor Doug Ducey acknowledged that human activity contributes to climate change, a shift from his previous stance. “Humans are part of the earth, the environment and the ecosystem,” he said. “The skepticism isn’t so much around causes…It’s around suggested remedies.” A recent Arizona-based survey found that 72 percent of those questionedincluding a majority of Republicansthink climate change is happening. “If the United States decides to do something, other nations that are large emitters like India and China have to come along,” Ducey said, while calling for a “balance of reforms” in pursuit of “a growing economy and an improving environment.”

Welcome to the EcoRight, Governor! 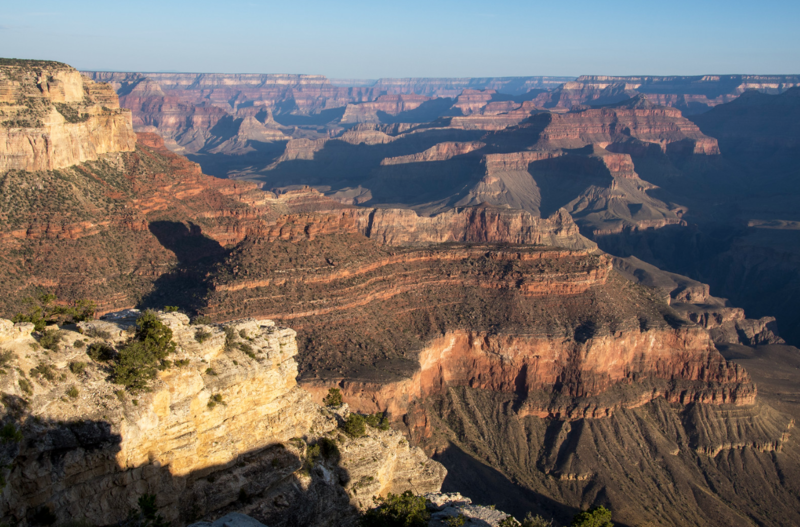 Quote of the week: Just last week we mentioned Rep. John Curtis and his town hall meeting, at which climate was a subject of discussion. This week, he took to the House floor with this comment: “This is one Republican that believes the climate is changing and man is influencing it…when the other side is ready to fight climate change with real solutions, Republicans stand at the read with real ideas.” Also of Utah interest, Yoran Bauman writes in the Salt Lake Tribune, After RomneyCare, it’s time for RomneyAir, in which he implores Senator Mitt Romney to devote his legacy to “something that one might call RomneyAir: a small-government, market-based approach to clean air and climate change.”

READ my op-ed in the @WashTimes about my plan to combat #ClimateChange: https://t.co/hCIrKUJyIr
 Sen. Lamar Alexander (@SenAlexander) September 10, 2019

Senator Lamar Alexander has long called for climate action. His Manhattan Project for Clean Energy, a five-year project with ten grand challenges modeled after the race to develop the atomic bomb, is designed to “place us firmly on a path toward dealing with climate change, and at the same time, produce large amounts of reliable, clean energy that lifts family incomes in our country and around the world.” In this Washington Times opinion essay, Alexander explains his rationaland the stakes.

In Florida, Rep. Matt Gaetz is newer to the climate bandwagon, but his message is clear and simple:

Climate change is real. It is silly to argue with thermometers. https://t.co/Qs9gZbtYID
 Matt Gaetz (@mattgaetz) September 6, 2019

Big Green Meme Machine: And to end this update on a fun note, EcoRight meme-creator extraordinaire Tyler Gillette makes us laugh on the regular.

Curtis. Braun. Ducey. Will these lawmakers join Rooney, Gaetz, Romney as the new “usual suspects” on climate action? The EcoRight hopes so and welcomes them to the cause.

Have a great weekend! ??#HappyBirthdayJack