Our thoughts are with everyone in the path of Hurricane Florence, especially our South Carolina EcoRight family and extended family. Stay safe, friends, and be in touch when you can.

This week’s must read: 5 reasons Republicans are warming to climate change and when they will act (Forbes) An excerpt: “‘Any conversation about moving forward on the climate front is basically a conversation about moving the Republican Party from where they are into a better place,’ said Jerry Taylor, a lifelong conservative and policy analyst who spent 23 years at the conservative Cato Institute before founding the libertarian Niskanen Center in 2015.”

Favorite quote: “Acknowledge reality and don’t deny it,” saidRep. Brian Fitzgerald on the GOP’s position on climate change. “It’s our job to go out there and talk about these things.”

Spotlight on Kiera: Our spokesperson Kiera O’Brien (@kieraeobrien) is taking over our Twitter handle to report the highlights from the Carbon Tax Forum, a meeting where the business case for a carbon tax takes center stage. Check out the action in our feed and follow her reporting.

EnCouraging news: Bob Inglis made EnCourage Tour stops in Illinois and New York this week, convening panel and town hall discussions at Wheaton College and the University of Buffalo (UB). “Even better than allowing the U.S. government to write and enforce its own environmental regulations, however, would be the application of private, free market innovation to resolve issues of pollution within our borders,” said David Ross, President of UB’s chapter of Young Americans for Liberty. “I hope that attendees of Bob Inglis’ talk will discover the vast array of other options available to conserve our environment, other than government intervention through inevitably higher taxation.”

Also of note: Bob got to meet in real life spokesperson Jacob Abel, a student at Seton Hall, photographer of the picture below. 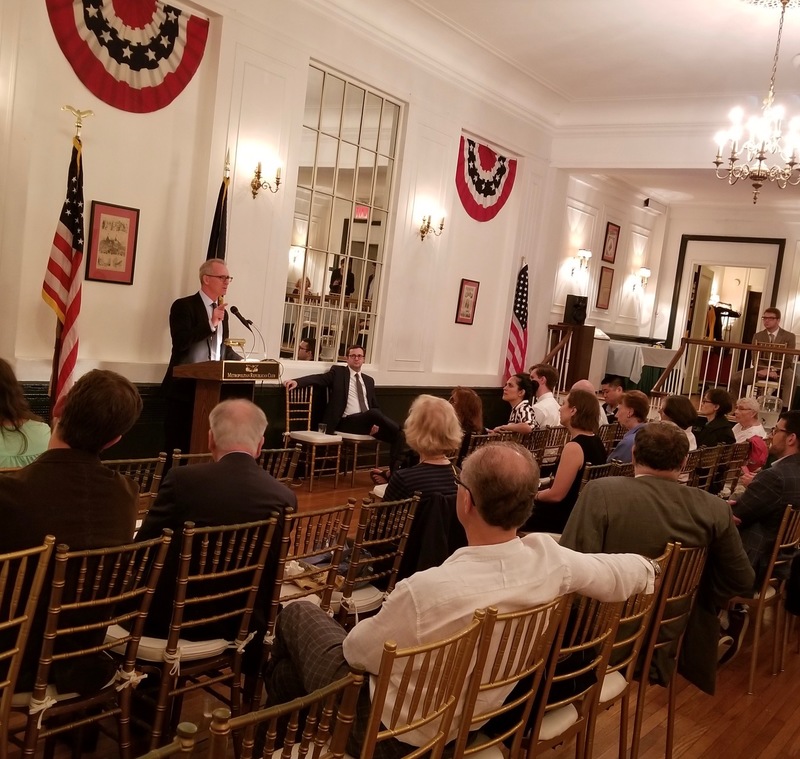 Put a price on it: Eighty-one percent of likely votersincluding 65 percent of Republicans polledthink the government should take action on climate change, according to a survey commissioned by the Climate Leadership Council (CLC) and conducted by Hill+Knowlton Strategies. A majority of Americans support a carbon dividend plan, such as the one outlined by former Republican Secretaries of State George Shultz and James A. Baker and millennial voters support the plan by more than a 4-to-1 margin, with support from millennials identifying as a Republican nearly the same as those identifying as a Democrat. Also released by the CLC, the report Exceeding Paris, drafted by Shultz, former EPA Administrator and New Jersey Governor Christine Todd Whitman, former chair of the Federal Reserve Janet Yellen, and others. Yellen and CLC founder Ted Halstead also penned an op-edThe Most Ambitious Climate Plan in Historyin Fortune. 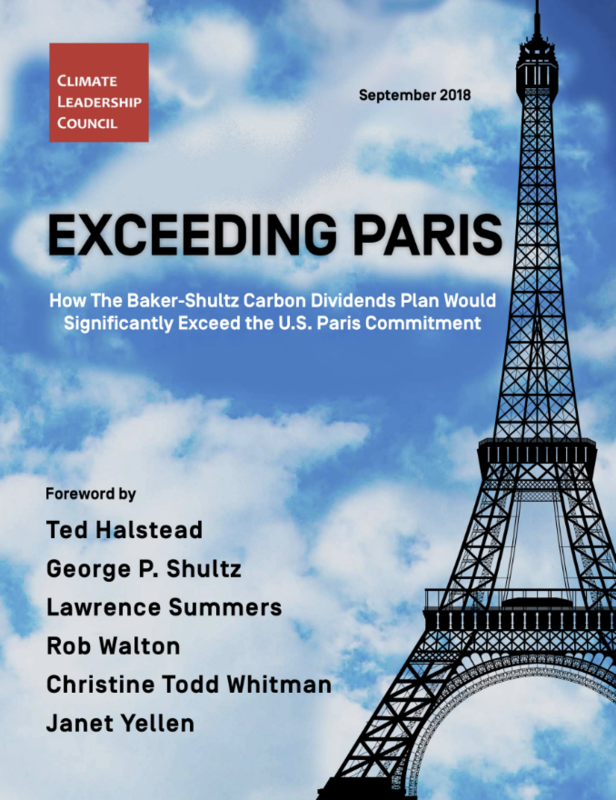 “All Obama-era climate regulations, had they remained in place, would have achieved approximately 18 percent in greenhouse gas reductions by 2025, according to the council’s analysis. In comparison, the Baker-Shultz plan would achieve an approximately 32 percent reduction by 2025, thereby exceeding our Paris commitment [26-28 percent] by a wide margin,” reads the op-ed. The authors call the Baker-Shultz plan “the most politically viable” option because it “addresses the legitimate concerns of all key stakeholders in the climate debate and enables each to realize an important victory.”

“We can sweep away some of the regulation and inspection that industry finds burdensome,” Whitman, who led former President George W. Bush’s EPA, said of the plan. “When you look at the business opportunity here, it’s impressive.” A broad coalition of business sector leaders supports the general outlines of the plan and each is a founding member of the CLC, including oil and gas giants BP, ExxonMobil, and Shell, as well as AT&T, Exelon, General Motors, Johnson & Johnson, Metlife, Procter & Gamble, and PepsiCo.

We’d love her to love it: Utah’s Rep. Mia Love, a member of the House Climate Solutions Caucus, is getting the hard court press from MARKET Choice Act sponsor Rep. Carlos Curbelo. “Of course he is trying to get me on that [carbon tax] bill, and I am looking at it and considering it,” she told the Washington Examiner. “Carlos does the introducing and I get to go to my district and talk to them about it and find out how they feel about it. There are some great things in that bill.” What do you say, Utahns #squeakywheel

Jester of the week: The Trump Administration’s proposed rollback of the methane rule is this week’s climate jester. We’d like to associate ourselves with Cubelo’s reaction: “That’s just horrible,” he said in an interview with the Washington Examiner. “I have been very disappointed in how this administration has mishandled methane. We have made a lot of progress of taking care of flaring and leaks.” The proposal would relax the time between inspections from every six months to one year and would give oil and gas drillers 60 days instead of 30 to repair leaks.

Runner up jester is Rush Limbaugh. You get what you need to know from Rep. Ryan Costello’s tweet:

It is bizarre to me that some conservatives seek to undermine the scientific consensus that carbon emissions warm the climate, contribute to rising sea levels & more extreme weather patterns. To address big problems we must 1st establish facts, not undermine them. https://t.co/7oDkZjTzR4
 Ryan Costello (@RyanCostello) September 12, 2018

And that’s it for me. Time to bake the cake for my first baby, who turns 17 on Saturday. Born four days after 9/11, the anniversary of that tense, world-changing day always coincides with my entry into motherhood, giving me double reason to never forget. Happy birthday, Jack!