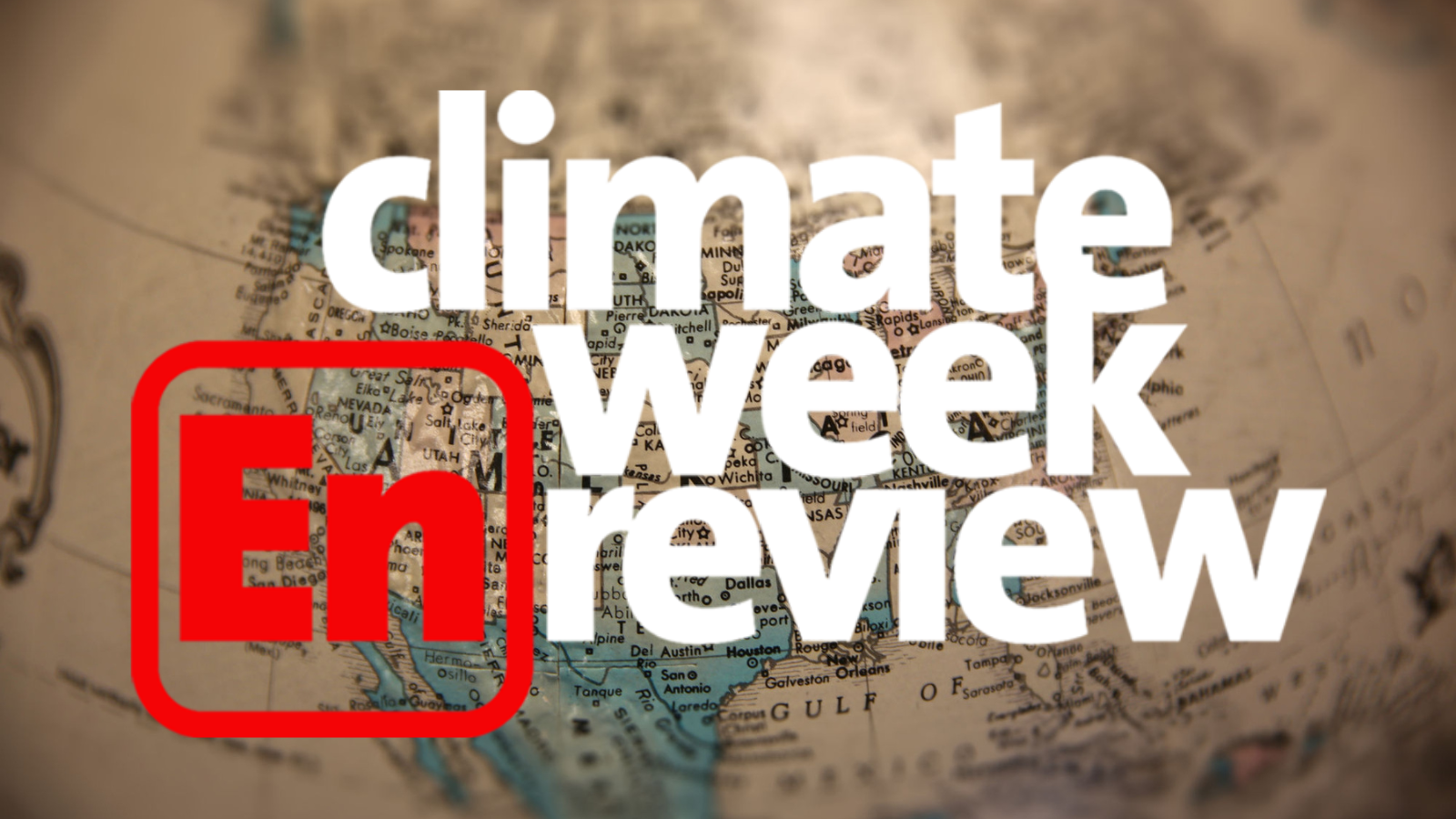 This week has been a dream. First, I’ve been sleeping with the windows open. Now, I get that it’s fake fall and a heat wave is sure to hit us before we move into the cooler temps for good, but the crisp weather and blue skies have tempted me to return to the great wild of my backyard. It’s nice to see the native plants I planted winning the battle with the weeds that crop up every year. Also, this week marks 21 years of motherhood; my older kid had a birthday. I’m finding it hard to believe that I’m mom to a 21-year old, but here we are.

This week’s must read: Younger generations could be the key to reaching older Republicans on climate change (KUER) Reporting from our event in Utah featuring Bob Inglis at Utah Tech University:

“RepublicEn is working to get the idea of conservative climate change out in places like Utah and Indiana where there is a heavy conservative population that could have the power to elect more climate-friendly Republicans,” the article notes. “’Once conservative members of Congress start seeing that there is a constituency out there, they’ll feel more comfortable leading,’” said Inglis.

This week’s guest is no stranger to the podcast and is a huge friend of the EcoRight. Utah Congressman John Curtis, who first appeared on this show in 2020 when we were early in our first season, has been a strident advocate, not just for raising the issue of climate change, but for creating a safe space for conservatives new to the conversation to learn and interact. We get an update from him on the latest happenings in the House Conservative Climate Caucus, reminisce about our 2017 hiking venture, and chat about all things Utah, including the drought being experienced by the Great Salt Lake and the unusual clean air challenge that part of the country faces.

Coming up next week: R Street Institute co-founder and president Eli Lehrer chats with me about what the free market really means and how it pertains to environmental protection. 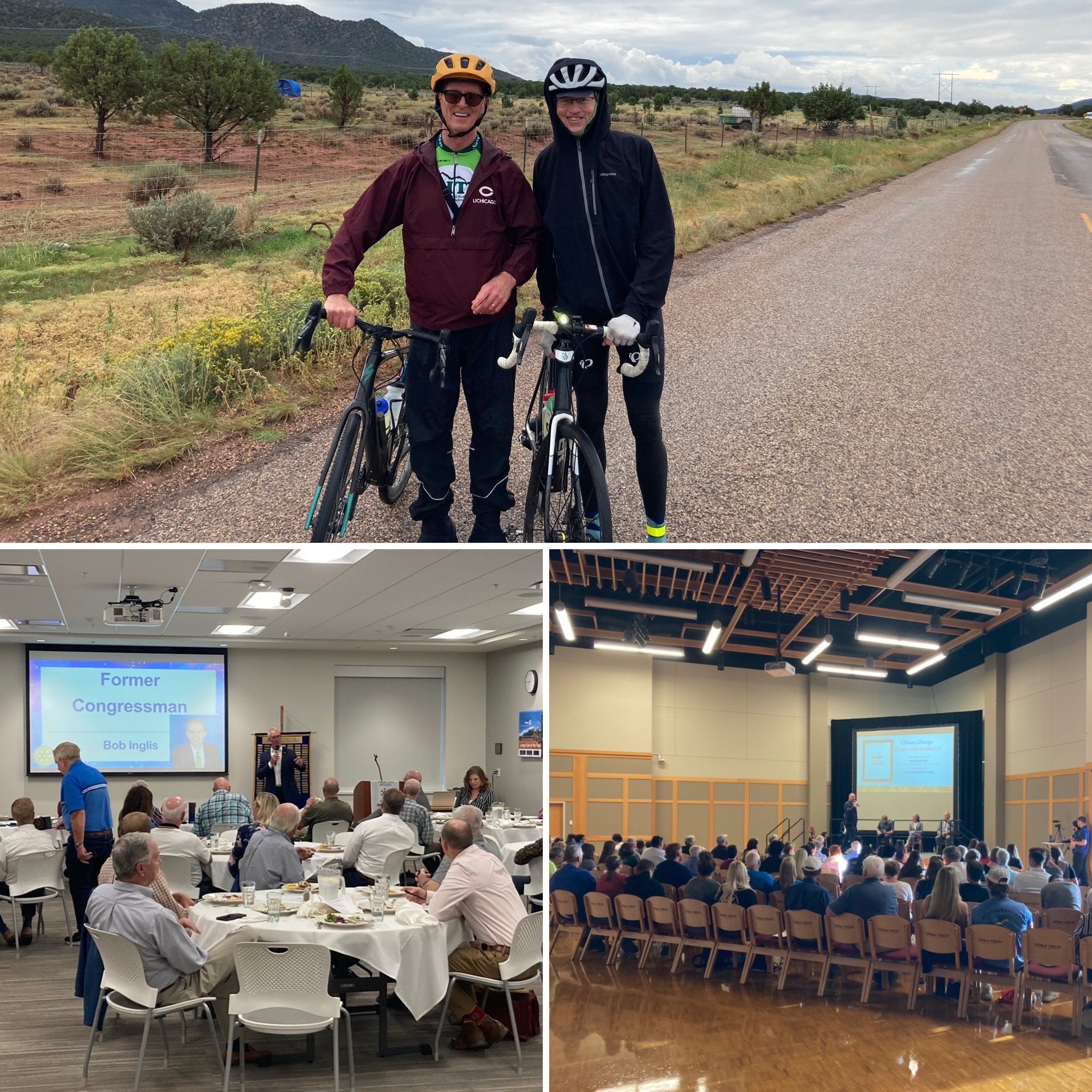 Societal cohesion on display in Utah: reflections by Bob Inglis

In order to successfully act on climate change, we need a sense that we’re all in this together.

In that regard, the state of Utah may have what it takes to lead the way.

On a trip this week to the Beehive State, the first of two this month, the Rotarians in St. George, Utah, answered my question with an enthusiastic “Yes!” when I asked if there’s a high degree of societal cohesion in Utah, perhaps because of shared backgrounds in the LDS Church.

At a meeting later in the day, a newspaper editor expanded on that; Utahans have a way of coming together to help one another out, he said.

The following day, a county commissioner added that Utahns have a pioneering spirit, a spirit that, back then and still today, led to cooperation and preparation with others in order to make it in a harsh, desert climate. In the same meeting with the county commissioner, a fellow added yet another factor in Utah’s societal cohesion: unlike other states where families spread out to go to college, take jobs, and put down roots, in Utah, there are lots of extended family relations still living in close proximity to one another.

Perhaps it is a faith perspective, a pioneering/helping/preparing spirt and lots of family relations that give Utah what it takes to act on climate.

All of those things were on display at two Rotary Club presentations, at a large event for students and townspeople at Utah Tech’s Institute of Politics and Public Affairs, and at another panel event at Southern Utah University.

There was time to reflect on all of these things as I joined Bill Barron of Citizens Climate Lobby for part of his forth (yes, fourth!) bike ride across Utah to raise awareness of the need for climate action. Time with Bill and other CCL friends, the spectacular scenery, and the sense that Utahans care for one another made it yet another encouraging time in Utah.

As noted, this is just the first trip this month. But I’m already enamored with the can do spirit enthusiastically on display in Utah. 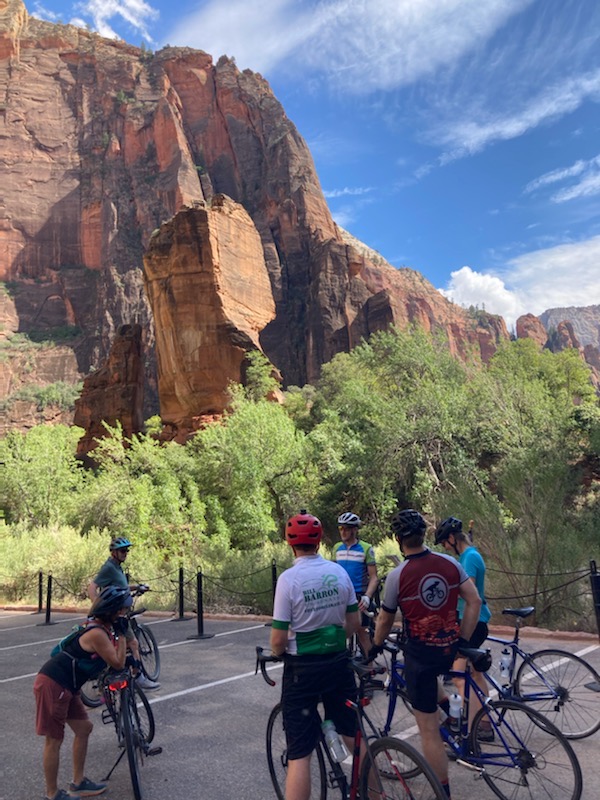 The end of an era

Did you hear the collective gasp of the EcoRight when we heard the news that Carmel, Indiana Mayor Jim Brainard is retiring? In an announcement this week, the seven-term Republican mayor, who spearheaded the installation of more than 140 roundabouts, the most per capita of any city in the world, said he’s stepping aside. We hope his retirement is only from public office and that he will continue to work with cities and towns across the country to help them make their communities more walkable and environmentally friendly.

That’s it for me. I’ll be packing a kid up to leave for college this weekend. Hope your weekend is as fun!