Was this a week of Wednesdays or what? Luckily we have Fridays to look forward to for Climate Week En Review. (And yes, the weekend…)

This week’s must read: Carlos Curbelo, the Republican who’s all in on climate change (Washington Examiner) As quoted in the article, “We view Carlos as the voice of the eco-right,” said Bob Inglis of Florida’s Rep. Carlos Curbelo. “Sure he faces criticism, but he should know he has people that are supportive. It’s crucial that action on climate change be done in a bipartisan way, because that’s the only way it’s durable.”

He’s back (in our feed): Carmel, Indiana’s climate crusading GOP Mayor Jim Brainard attended the Global Climate Action Summit last week, where he expressed “concern” the Republican party is losing its appeal to younger voters. “I’m very concerned about that,” he said. “I see my role as trying to bring younger Republicans around.” Famous in EcoRight circles (no pun intended) for his pragmatic traffic roundabouts, LED streetlights, and openness to talk about climate solutions, in a speech at the conference Brainard reiterated a frequent refrain as he called for bipartisanship: “I have yet to meet a Democrat or a Republican who doesn’t want his family to drink clean water or breathe clean air.” As he pointed out, “there’s no Democratic or Republican way to fill potholes or plow snow, and climate should be nonpartisan because our planet demands it.” 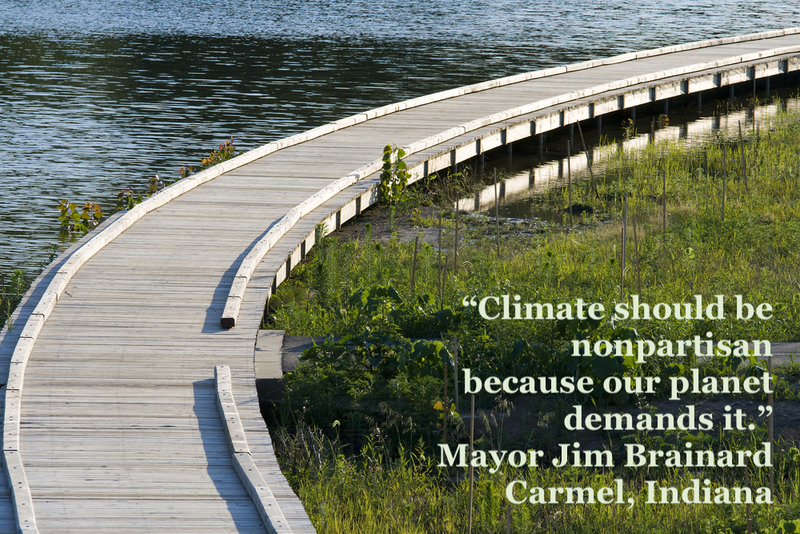 En Focus: We are big fans of our spokesperson Emily Collins, who was featured in Yale Climate Connections where she describes how learning the science of climate change convinced her to work to get more conservatives on board. She also discusses her initial involvement in Students for Carbon Dividends. We happen to know she’s working on a riveting op-ed, which we hope to feature in these pages soon.

EnCouraging update: This week, republicEn.org spokesperson Brian Smith co-led with Young Evangelicals for Climate Action a nature hike with Illinois’s 6th district Congressman Peter Roskam. They were joined by scientists from Wheaton College, where Bob Inglis made a stop last week as part of the 2018 EnCourage Tour. Roskam, a member of the House Climate Solutions Caucus, tweeted how “encouraging” it was for him to take this educational nature walk with young conservative climate leaders and experts.

We’re out hiking today with @PeterRoskam and @WheatonCollege scientists to investigate how the changing climate is changing the West DuPage Woods. Great study crew w/ friends from @YECAction and Wheaton. pic.twitter.com/qIIRhrE2Xu

Look for more press to come about this field trip. In fact, here is a Q&A with Bob done by the University of Buffalo on last week’s stop. The EnCourage Tour is intended to showcase the EcoRight’s ideas for climate solutions and summon lawmakers to work together. Help us make it a success! 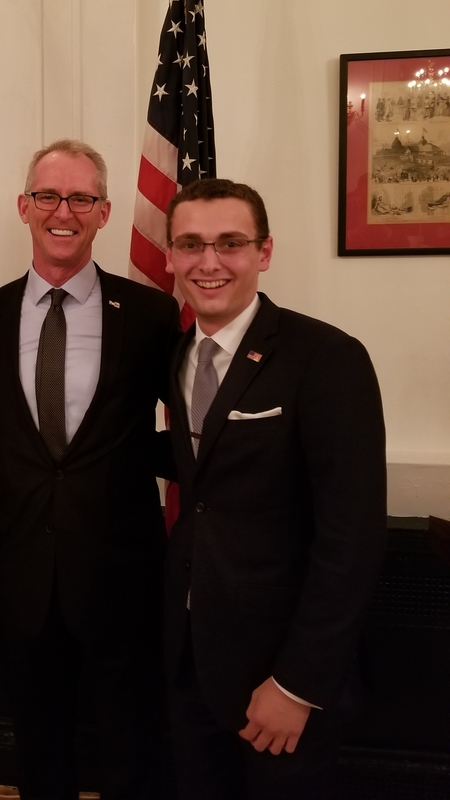 That’s it for us this week! We’ll be back, as always. Thank you for your readership, forwards, and feedback.