What a week! Thanks for following along and cheering the EcoRight! It’s been awhile since I’ve shared the song that is stuck in my head, so here you go. It may seem narcissistic but I wasn’t named for this song, I swear.

????Happy National Clean Energy Week (NCEW): Did you follow along with my Twitter play-by-play during Senator Mitt Romney’s conversation with former New Hampshire Senator Kelly Ayotte? How about Rep. Matt Gaetz’s speech to the sold out crowd? You can scroll our Twitter timeline to get the best recap of who said what. Be sure to check out the hashtags #CleanEnergyWeek, #NCEW19, and #EcoRIght for more.

My favorite quotes of the day.

I hope we’re causing” #climatechange @MittRomney says. Then we can do something about it! #ecoright #ncew ?? pic.twitter.com/dd80VDCqsU
 republicEn.org (@republicEn) September 26, 2019

NCEW is sponsored annually by our friends at Citizens for Responsible Energy Solutions (CRES). This bipartisan clean energy love-fest included a packed agenda of events with participation from lawmakers, industry groups, thought leaders, and more. And the designation is official. Senators Susan Collins and Maria Cantwell and Reps John Curtis and Alan Lowenthal introduced a bipartisan, bicameral resolution marking September 23rd-27th as National Clean Energy Week. “The environment is, and should be, a bipartisan issue,” Curtis said. “I’m proud to lead this resolution and show that my congressional colleagues are working to leave the earth better than we found it.”

Amid the festivities, CRES honored EcoRighters Rep. Matt Gaetz and Rep. Garrett Graves as Clean Energy Champions. Gaetz, a member of the House Climate Solutions Caucus and Graves, Ranking Republican of the House Select Committee on the Climate Crisis, are both the frequent subject of stories on this blog.

“The effects of climate change pose a risk to Florida’s small businesses and tourism-based economy, and it’s why our country needs a Green Real Deal to address these challenges,” Gaetz said.

A full list of champions can be found here.

Yale Climate Connections interviewed CRES Executive Director Heather Reams about the purpose of NCEW, which she notes “allows a lot of people to get out of their silos and come together to solve problems together.” The 90-second segment is worth your listen.

A big round of EcoRight applause to CRES and Heather and everyone who worked to bring this event together.

??MARKET CHOICE Act 2.0: Pennsylvania Rep. Brian Fitzpatrick introduced a carbon tax bill similar to the MARKET CHOICE Act led by former Rep. Carlos Curbelo last year. “Efforts to reduce climate risk should protect our Nation’s economy, security, infrastructure, agriculture, water supply, public health, and public safety and there is bipartisan support for pursuing efforts to reduce greenhouse gas emissions through economically viable, broadly supported private and public policies and solutions,” the text of the bill reads. The measure would assess a tax of $35 per metric ton of carbon dioxide emissions starting in 2021 with rates increasing thereafter. Most of the revenue would support infrastructure projects. “We are at a crossroads with regard to infrastructure and climate change,” said Fitzpatrick in a statement. “Legislative action taken  or not taken  by this Congress on these issues will be felt for generations. With the American public overwhelmingly seeking fixes to our crumbling roads and bridges while searching for solutions to mitigate the dangerous effects of climate change, our bipartisan bill is a dynamic solution that seeks to tackle both problems. It doesn’t have to be a tough choice.”

The measure was cosponsored by Rep. Francis Rooney, who said he added his name because the MARKET CHOICE Act offers “a reasonable and feasible solution that avoids a new tax and actually would reduce the burden currently borne by Americans at the gas pump by eliminating the federal gas tax.” 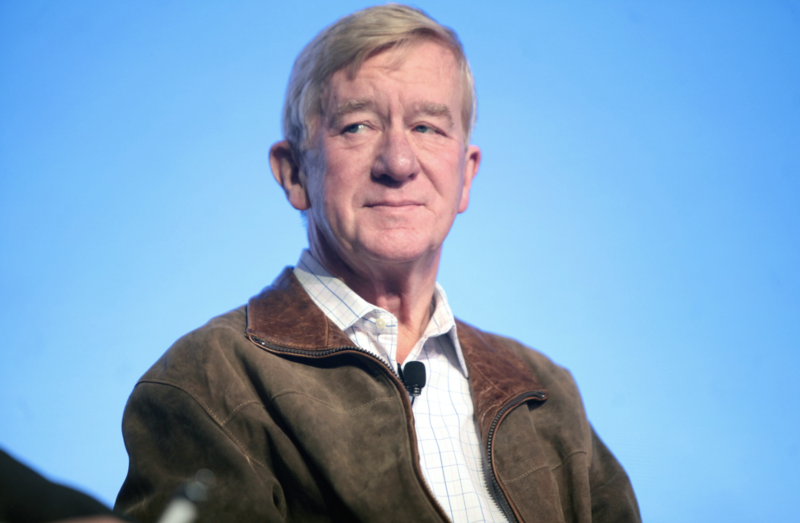 Bring it on: Former Massachusetts Governor Bill Weld came out in support of a carbon tax and took a pledge to not accept campaign contributions from oil and gas companies. A carbon tax is “letting the market decide about carbon,” he said. “That’s a much more powerful engine than just saying I’m going to spend $10 trillion dollars to promote clean energy. You don’t know if you’re going to get there.” He supports using the money collected from a carbon tax to end the federal excise tax on gasoline or to lower payroll taxes for low income families.

Weld took part in the MSNBC Climate Forum held last Friday, the only Republican to do so. “I’m the real Republican, not a Republican in name only,” he told forum moderators. He believes his position on climate change will benefit him because, “Republican voters will agree with me that climate and environment are an important issue.”

??EcoRight represents at climate strikes: In what was estimated to be the largest global protest for action on climate change, millions of people participated in more than 2,500 climate events scheduled in over 163 countries on all seven continents. The EcoRight was there. And this was a good step toward showing that conservatives care about the issueand have solutions to put on the table. Spokespeople John Sweeney and Jacob Abel attended the New York protest and Jacob is participating in the U.N. Youth Climate Summit. Stay tuned for John’s written reflections, and in the meantime, here’s what Jacob had to say.

Thank you to @nowthisnews for interviewing me at the Youth Climate Summit on Saturday! It was so inspiring to see so many young people coming together to address climate change. @republicEn @citizensclimate @UNAUSA #ecoright https://t.co/siy1hHQwhp
 Jacob Abel (@jabel_20) September 23, 2019

“There is a big generational divide,” Jacob notes, while talking about why he pushes back against the argument that the rest of the world isn’t acting.

??In Florida, two of our County Youth Chairs, Rishabh S. and John L., represented republicEn at the St. Augustine Climate Strike. In Kalamazoo, member Rick F. tabled for us. Here’s a picture of him spreading the good word, mostly to Western Michigan University students: 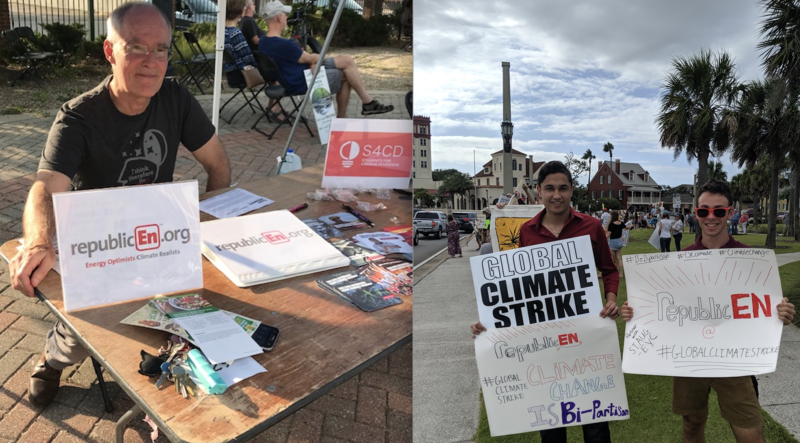 ?? Likewise, 17-year-old Aditya P., one of our County Youth Chairs in Illinois, spoke on behalf of the #EcoRight at the Elmhurst Climate Strike!

“Regardless of the letter next to your name, we’re all in the same boat,” he says in this three-minute clip of his speech. ??

Were you at a climate rally in your area? Share your photos and experiences with us!

Phew, this week saw a lot of EcoRight activityand I’m here for it. Let’s keep it going next week! Have a great one!