And here we are again. Hope you rocked out this shortened week and have caught up on your beauty sleep after that seven-hour climate “debate” on Wednesday.

This week’s must read: Power Up: Why Florida could be the ‘avant-garde’ of the Republican party on climate change (Washington Post) “There is a lot of room for growth,” Former Florida Rep. Carlos Curbelo says of GOP action on climate. “But Florida is the place where a bipartisan solution for climate change can be born because Republicans are in a better position to lead.” From Curbelo to Rooney, DeSantis to Gaetz, we have long seen potential for Florida to be a mover and shaker on climate change.

This week’s must listen: Have you ever wondered what I sound like? That makes one of us… Despite the fact that I have a phobia of my own voiceand given that the star of the latest episode of America Adapts is Bobyou must give this segment a listen. The feature also includes spokespeople John Sweeney and Rouzy Vafaie and is definitely worth your time and attention. Put it on when you’re cooking dinner or if you have a longish car ride. I listened walking the streets of Brooklyn. #BabysFirstPodcast

Hurray for town hall meetings: Utah Rep. John Curtis, who last summer joined republicEn.org for a nature hike and climate science chat, held a town hall meeting in Springfield, at which climate change was a topic of discussion. “Let me shock you. You ready? The climate’s changing and man is influencing it,” Curtis told the audience. His remarks come on the heels of several positive climate comments made by Senator Mitt Romney, who is weighing the benefits of putting a price on carbon. “Now I think there are a number of things we can agree on as Republicans, Democrats, conservatives, wherever you find yourself on the spectrum,” Curtis said. “We don’t have to stop and make someone pass a litmus test to consider them good partners with us on this.” On the solution side, Curtis said “we could do this so much better if we could go to those rural parts of our country and say, we would love to transition, and we are here to help you transition.” 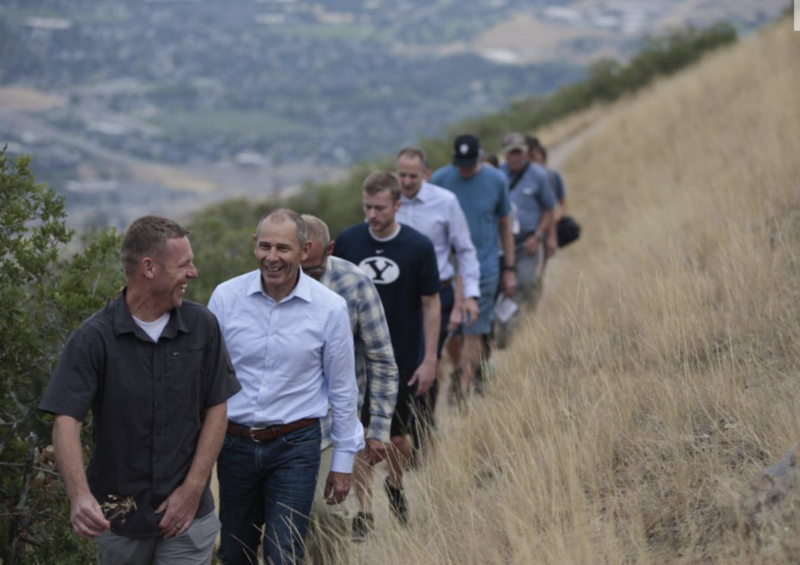 Done and done: Illinois Rep. John Shimkus, who has grown more vocal about the need for climate action in the wake of the Green New Deal, and Texas Rep. Bill Flores both announced they won’t seek re-election. They join the growing list of GOP House members (15 so far) getting on the retirement train. (The State of Texas has five lawmakers stepping down at the end of the term.) There are “areas of agreement where Republicans can be supportive so that you might have a legislative solution that actually gets signed into law,” Shimkus recently said of climate solutions.

Papal plea: Pope Francis challenged governments to find the “political will” to address climate change. “The increase in the intensity and frequency of extreme weather phenomena and the desertification of the soil are causing immense hardship for the most vulnerable among us,” the Pontiff said as he continued to make the environment a key priority.

Climate jester: ??It’s been awhile since we’ve designated a jester, so buckle in. The Trump Administration is phasing out new federal efficiency standards for light bulbs, which had been slated to take affect starting in January. One analysis of the effort to keep the 140-year old style of bulbs says the move could lead to $14 billion per year in additional energy costs. The Department of Energy said phasing out incandescent bulbs would be “a lose-lose for consumers.” Just doesn’t seem like the best idea in light of (pun intended) our carbon/climate situation. ??

Climate debate: I hope to run the Las Vegas marathon in less time than it took ten Democratic presidential nominees to present their plans on addressing climate change. Whether you watched or not, I recommend Josh Siegel’s diary of the event.

And Joseph Majkut from the Niskanen Center had my favorite tweet of the night. (Plus, EcoRighter Christian Berle with the equally funny first response.)

That’s all I got, folks! Have an excellent and safe weekend.