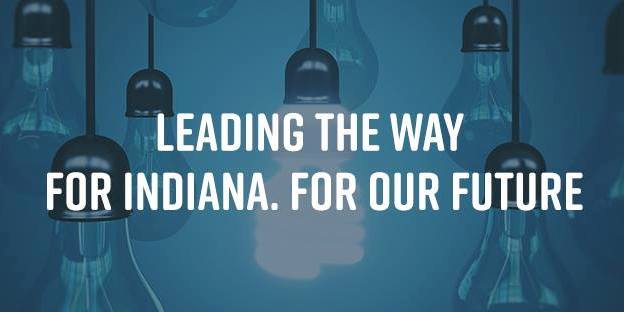 There is something in the air… this week, the Indiana Conservative Alliance for Energy (ICAE) was launched to advocate for an “all of the above” energy strategy that includes clean and renewable energy like solar and wind. “As Indiana works toward creating a next level economy, increasing the use of renewable energy is a strong signal that Indiana wants to take the lead in technology development,” said Tim Phelps, executive director of ICAE. “Developing homegrown, clean, efficient and affordable energy will help Indiana pave the way for our nation’s energy future, making the state a more attractive place to locate business and secure talent. Expanding the use of renewable energy will also allow us to have clean, healthier air and less pollution in our state and communities, something which almost all Hoosiers support.”

The group will focus on statewide policies and used positive polling released at launch to demonstrate how broad support is for clean energy. “It is a common misconception perpetuated by the media and progressives that conservatives oppose clean energy. Our poll shows that when it comes to clean and renewable sources, Indiana conservatives are already there,” he said. According to the poll, six-in-ten conservatives were more likely to support a candidate favoring an increase the use of renewable energy and over 85 percent believe the state should pursue an “all of the above” policy that includes renewable sources like wind and solar.

“Conservation is a conservative idea. And as good citizens it is our responsibility to leave the earth better than we found it for future generations,” added Phelps.