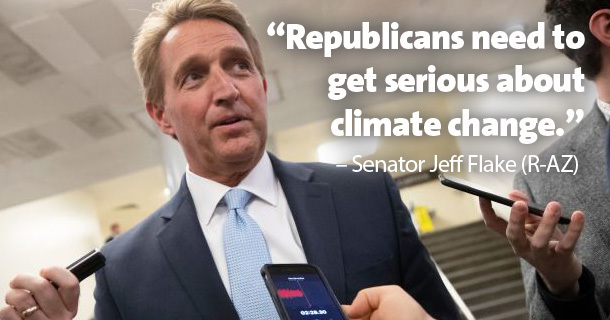 Both this bill and the House version would impose a tax of $15 per ton of carbon dioxide, increasing $10 each year, rising to nearly $100 per ton by 2030. The revenue from the tax would be rebated to American households via a dividend check.

This is not Flake’s first carbon tax bill. He co-sponsored carbon tax legislation in 2009 with…Bob Inglis.