Happy Election Day: why we vote

Red or blue, your vote matters. While we all wait for results to flood in, we thought we’d share some personal reflections on what voting means to us.

Alex: Today was my first time voting in Virginia and the first time I ever had to stand in a line. Wisconsin, where I voted most of my life, was always a breeze, two minutes in and out. I started to get a little frustrated; it’s been an hour! Then I wondered how long the line was for my grandpa when he went to the Army recruitment office to enlist right after Pearl Harbor. I got an “I voted” sticker, he got a Purple Heart and Bronze Star. I miss him so much. I’m proud and grateful that he fought and bled for our freedom. We should use it.

Price: Today I keep thinking about Mayor Brent Taylor from Utah who lost his life last weekend, serving in the Army and protecting Afghans who were voting in their elections. And the fact his body returns home on Election Day, a day we should never take for granted. We must always exercise this right people have died defending.

Wen: My grandparents immigrated to the U.S. with their 5 children during Taiwan’s White Terror, after my grandfather was held as a political prisoner (for simply being a university student) and blacklisted upon his release. In the U.S. my grandparents, parents, aunts and uncles struggled and worked their butts off for years to build a new life. It’s because of their sacrifices that I enjoy such a privileged and comfortable life as an American. Democracy is not a given and many places in the world don’t have it. I always vote because it’s a precious right. IT’S ELECTION DAY Y’ALL GET OUT THERE AND VOTE. 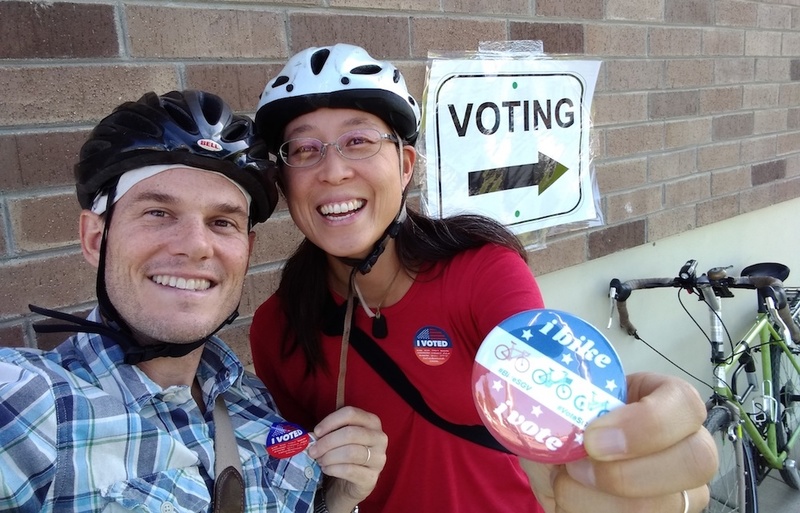 Chelsea: I’m a first generation American on my mom’s side. My Latvian grandparents fled the tyranny of the USSR during World War II, living in a Displaced Person’s camp in Germany for more than five years, waiting for entry to the U.S. During that time, they rejected offers from other countries (even as several family members went to Canada) because my grandfather believed in the “American dream.” Fast forward seventy-something years, it’s not just my right to vote, I feel compelled to vote IN EVERY ELECTION as a small way to honor the big sacrifices he and my grandmother made to root our family in the U.S. To me, Election Day is more fun than Christmas. 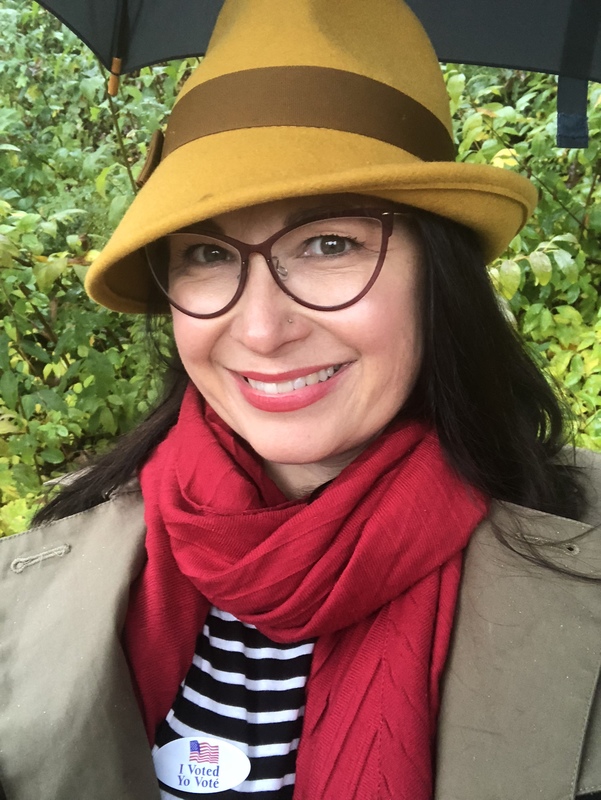 Greg: As I stood in a very long line people watching, I wondered what other voters were thinking and feeling. Were they annoyed with the wait? Angry or hopeful or scared? Maybe they were thinking they should have move spent more time getting to know the candidate. Or maybe they were mostly thinking about the other things they needed to do? That’s when it occurred to me that for me, above all else, voting is a simple expression of gratitude. It’s the best way I know to say thank you to so many who have and continue to sacrifice. I don’t remember there ever being a question of whether my vote makes a difference in the outcome. My vote matters to me. Of course I would like to see the people I vote for win, but more importantly, it just feels good to fully participate as a citizen.

Thanks for indulging us! If you feel compelled, share your Election Day story!