Humility and the Exercise of Power

This week, I do not have EcoRight news to report.

This week, my focus, like so many other Americans, has been on the protests and outrage stemming from ongoing deeply rooted racial injustice in our country.

As a white woman of privilege, my emotions have run the gamut from guilt, for not being a better ally; rage, at police brutality; and helplessness, at not knowing how to help. I have decided that my path forward is to listen, to learn, to practice being better at talking about race, and to double down on efforts to solve climate change, which in the U.S. disproportionally impacts Black Americans. In the words of Ibram X. Kendi, whose book How to be an antiracist I’m currently reading, “The opposite of racist isn’t ‘not racist.’ It is ‘anti-racist.’ What’s the difference? One endorses either the idea of a racial hierarchy as a racist, or racial equality as an anti-racist. One either believes problems are rooted in groups of people, as a racist, or locates the roots of problems in power and policies, as an anti-racist. One either allows racial inequities to persevere, as a racist, or confronts racial inequities, as an anti-racist. There is no in-between safe space of ‘not racist.”

If you’re still with me, please take a moment to read this heartfelt statement from Bob Inglis. 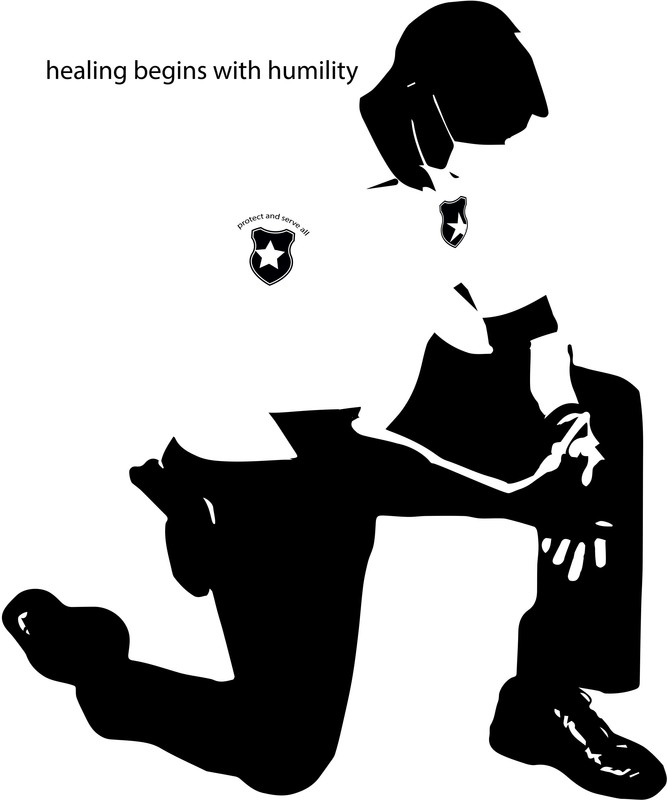 Humility and the Exercise of Power

With shame, I remember my first minority affairs council meeting. I had convened the meeting after the pattern of Governor Carroll Campbell, a predecessor of mine in the Fourth District of South Carolina. I would continue those meetings throughout my 12 years in office: once a quarter, separate meetings in the three counties comprising the congressional district, twelve meetings per year. The first one didn’t get off to a good start. All of 34 years old, white shirt, red tie, Republican-to-the-core, I was asked how many black staff members I had. “None,” I replied with far too little embarrassment. “Why not?” I was asked. “Well,” said I, “very few black folks worked in my campaign.”

I weep now at those words and wish that I could gobble them up so that they had never been heard. Quarter after quarter passed; meeting after meeting. Toward the end of my time in Congress, we were having a particularly successful minority affairs committee meeting in Spartanburg. Don Martin, a black State Farm agent, asked me, “Bob, what are the most important issues for white South Carolinians?” I rattled them off: healthcare, education, the economy, taxes. Don followed up, “And the top issues for black South Carolinians?” Struck, I sat silent for a moment and then responded, “I don’t know, Don, but I think ‘fairness’ is at the top of the list.” I weep now to see Don nodding in affirmation and saying, “You’re starting to get it, Inglis.”

A lesson in the lack of fairness had come to me several years before on a cool October evening in Washington. It was near dark, and I stepped out of the Cannon House Office Building to hail a cab with Rob Woodson, my budget associate. Rob, the son of a very prominent black Republican family of DC, said to me, “I’m glad I’m with you. No cab would stop for me if I were alone. Cabs don’t stop for young black guys at night.”

The assumption of fairness walks as privilege onto the streets of our cities and towns. It carries over to traffic stops and to crime scenes where folks like me are assumed to be innocent and a running black manrunning maybe to get helpis assumed to be the perpetrator.

Some of this we can’t help. We gravitate to people who are like us and instinctively distrust those who are different from us. It takes work to overcome that bias, and habits bind both sides of racial divides. I remember a Martin Luther King, Jr. commemorative walk in Spartanburg in the mid 1990s. Just before the start of the 1.5-mile walk, I approached a black woman in her mid 50s. She folded her arms across her chest and emphatically said to me, “I don’t like you!” She was Anne Bobo. Her husband Charles stood behind her, a bit taken aback by Anne’s directness. “Great,” I said to her, “we’ve got a mile and half to change your mind.” That walk ended with hugs. I was subsequently a guest in their home. Anne and Charles attended numerous meetings and events with me. They hosted a coffee in their home in support of my U.S. Senate race.

As we work to solve climate change at republicEn.org, we’re aware of the environmental injustices that will subject low-income people to the worst effects of climate change. Disproportionally, those will be people of color. As a white guy, I need to humbly acknowledge the unearned privilege that will exempt me from much of that suffering. With that injustice before us, with a history of racial injustice behind us and with the immediate injustice of brutality among us, we might all humbly acknowledge that we are here for only a brief time. We own nothing that we can keep forever. We are stewards of a glorious creation. We owe to those coming after us a duty to learn from our mistakes and to prepare for them a more perfect unionone that is able to create and serve a safer world.

See you next week.