Sixty-eight percent of Americans, including majorities in all 50 states and all 435 Congressional Districts support requiring fossil fuel companies to pay a carbon tax and using the money to reduce other taxes by an equal amount (what the EcoRight calls “revenue neutral”) according to Dr. Anthony Leiserowitz of the Yale Program on Climate Change Communications. A newly released set of interactive public opinion maps shows the vast support for carbon tax policy. (We encourage you to click around the various questions and see the results for yourself.) 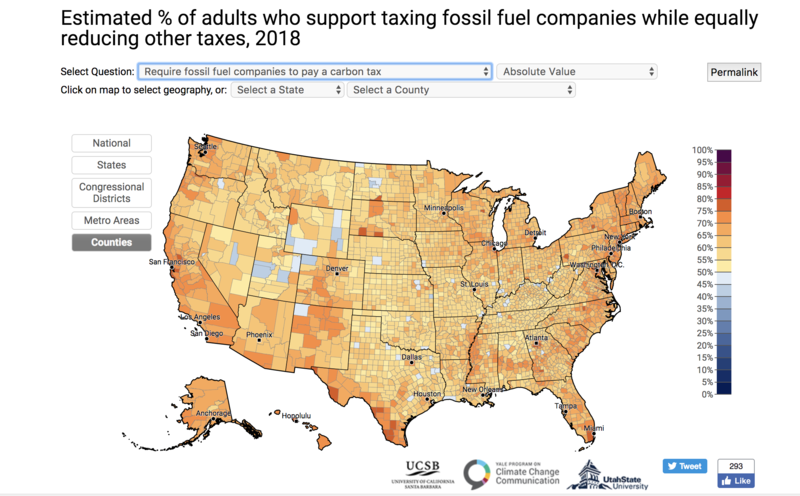 As reported by Adam Aton from E&E News in an article (sorry, paywall) he wrote this week: “64 percent of adults in [Rep. Steve] Scalise’s fossil fuel-rich district would support a carbon tax, and respondents in House Speaker Paul Ryan’s (R-Wis.) and Majority Leader Kevin McCarthy’s (R-Calif.) districts would support it by the same margin.”