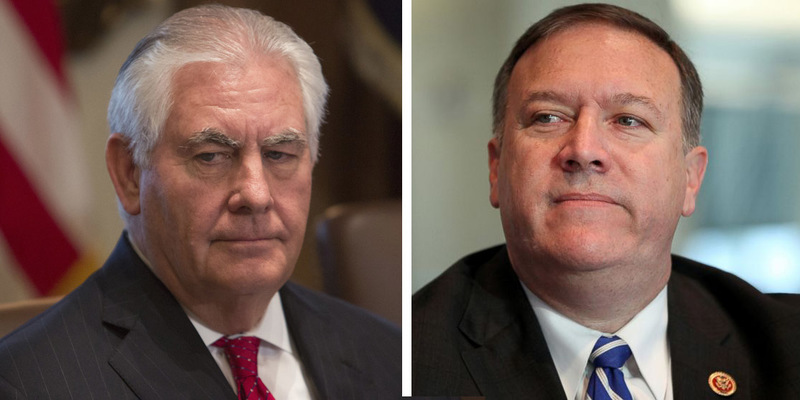 A week after the announced departure of Gary Cohn, President Donald Trump’s National Economic Council director, the White House lost another carbon tax supporter, Secretary of State Rex Tillerson in a personnel shakeup. While at the helm of ExxonMobil, Tillerson advocated for a carbon tax, and as Secretary of State, argued the U.S. should “keep a seat at the table” in international climate negotiations. Like George David Banks, an international advisor to the president who also quit his post last month, Tillerson lost the argument to keep the U.S. a party to the Paris Climate Accord.

By contrast, Tillerson’s likely replacement, CIA Director Mike Pompeo, in a turn from past intelligence officials, said in confirmation hearings that “as the director of CIA, [I] would prefer today not to get into the details of climate debate and science.” He has mocked the Paris agreement as “damaging” and a “costly burden” to the U.S. Pompeo’s nomination has to move through the Senate confirmation process.

We wish our fellow carbon tax advocate well in his next venture.