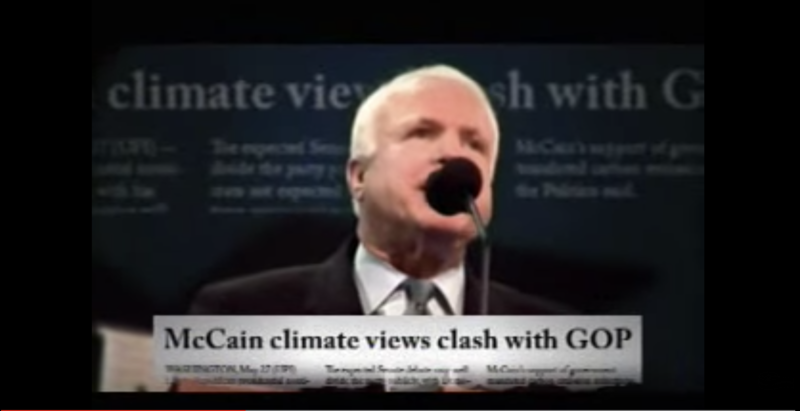 Senator John McCain earned the label maverick for a number of bold positions, but in EcoRight circles he is most hailed for his original and ongoing work on climate change. In 2003, he teamed up with then-Senator Joe Lieberman, a Democrat (now Independent) from Connecticut for the Climate Security Act of 2003, otherwise known as the “McCain-Lieberman bill,” which earned six Republican yea votes on the Senate floor but was defeated 55-43. Two years later, they tried again with a modified version of the bill, but lost Democratic support for the inclusion of incentives for nuclear power.

In 2008, when running for President, McCain touted his climate change work in this campaign ad:

Whether or not you agree with the policy approach embodied in the McCain-Lieberman bills, at least ten years ago the discussion was focused more on solutions and less about debating science. On throwback Thursday, we recall with great fondness the work McCain did on climate change and the space he created for Republicans to engage on this issue.