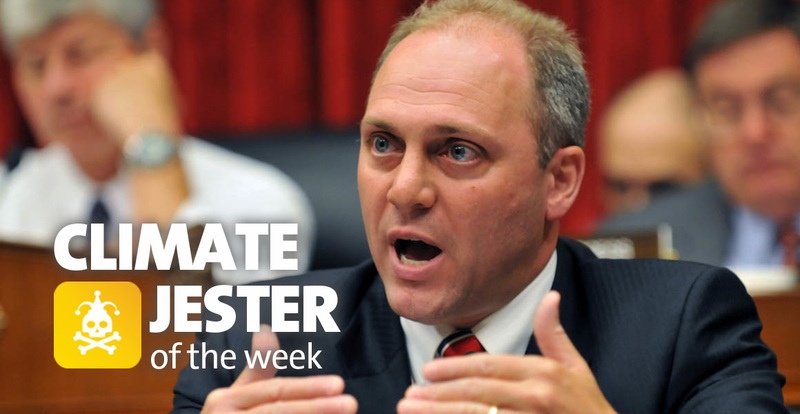 Louisiana’s Rep. Steve Scalise is this week’s climate jester for bringing back a stale House resolution aimed at condemning a carbon tax. The non-binding (i.e. it doesn’t matter if it passes) resolution reads that “a carbon tax would be detrimental to American families and businesses, and is not in the best interest of the United States.”

“Our resolution will affirm the position of Congress that a carbon tax would run counter to the goals of American energy dominance and national security,” Scalise said in a statement.

The same resolution passed in 2016 with full GOP support. Let’s hope for open minds on free market solutions to climate change in this go around.