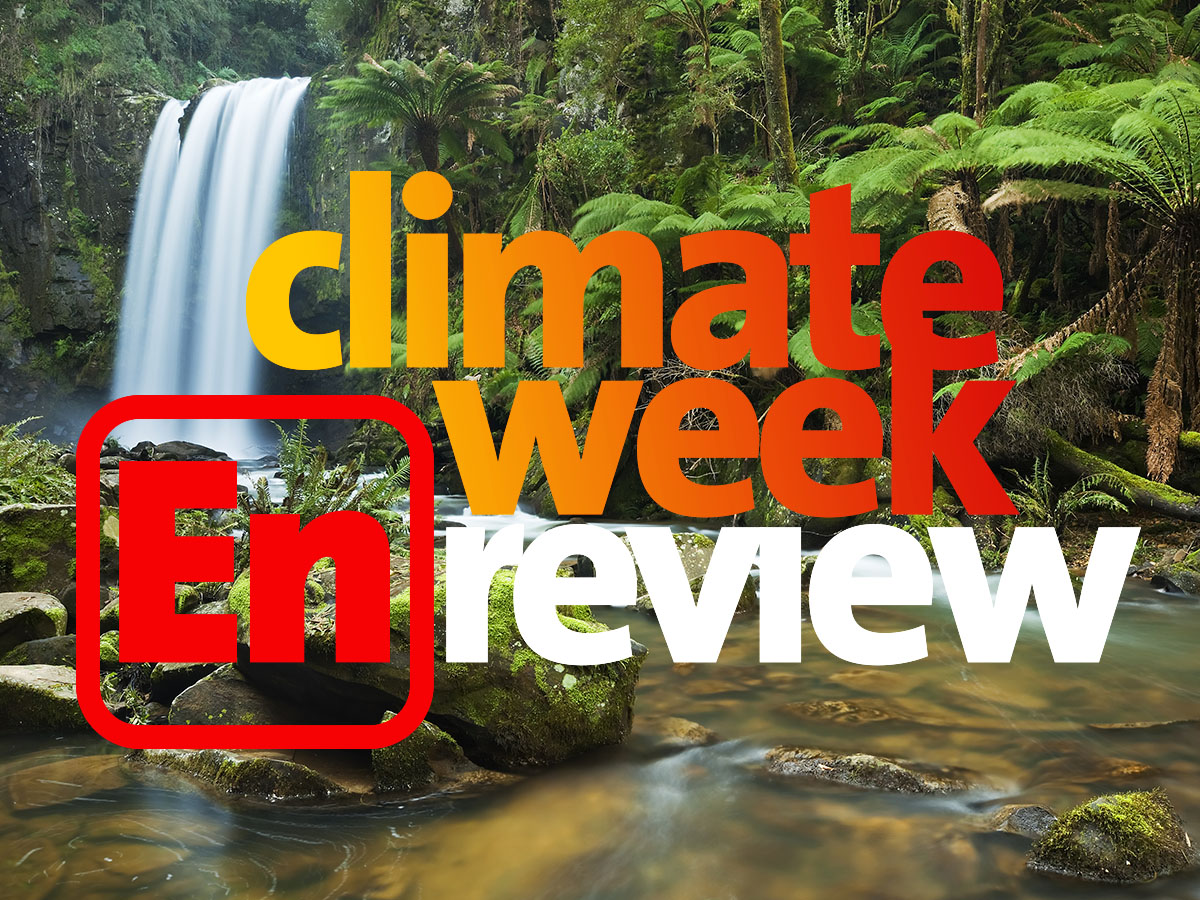 Hello, welcome to Friday. It’s been a tough week but here we are. Embrace each day.

This week’s must read: Fellow Republicans, let’s get off the menu (Salt Lake Tribune) Spokesperson Nick Huey hits it out of the ballpark with this op-ed, in which he writes: “I hope to see Utah lead out in the climate discussion. Not just compared to other red states, but leading the blue states as well. For too long we’ve stood against solutions rather than standing for our own. The future belongs to those who see it the most clearly. It’s time to rub our bleary eyes, and narrow our focus.”

Related: Utah Rep. Blake Moore had this to say at a virtual town hall sponsored by the Citizens’ Climate Lobby and American Conservation Coalition: “Our environment is paramount, and I want to be sure the Republican Party has a seat at the table. The long-term health and viability of our planet is a goal we all have to share.” He added: “If we want to make progress on climate issues we have to focus on our shared goals and start our discussions from a point of mutual understanding…beginning with where we disagree dooms conversations.” 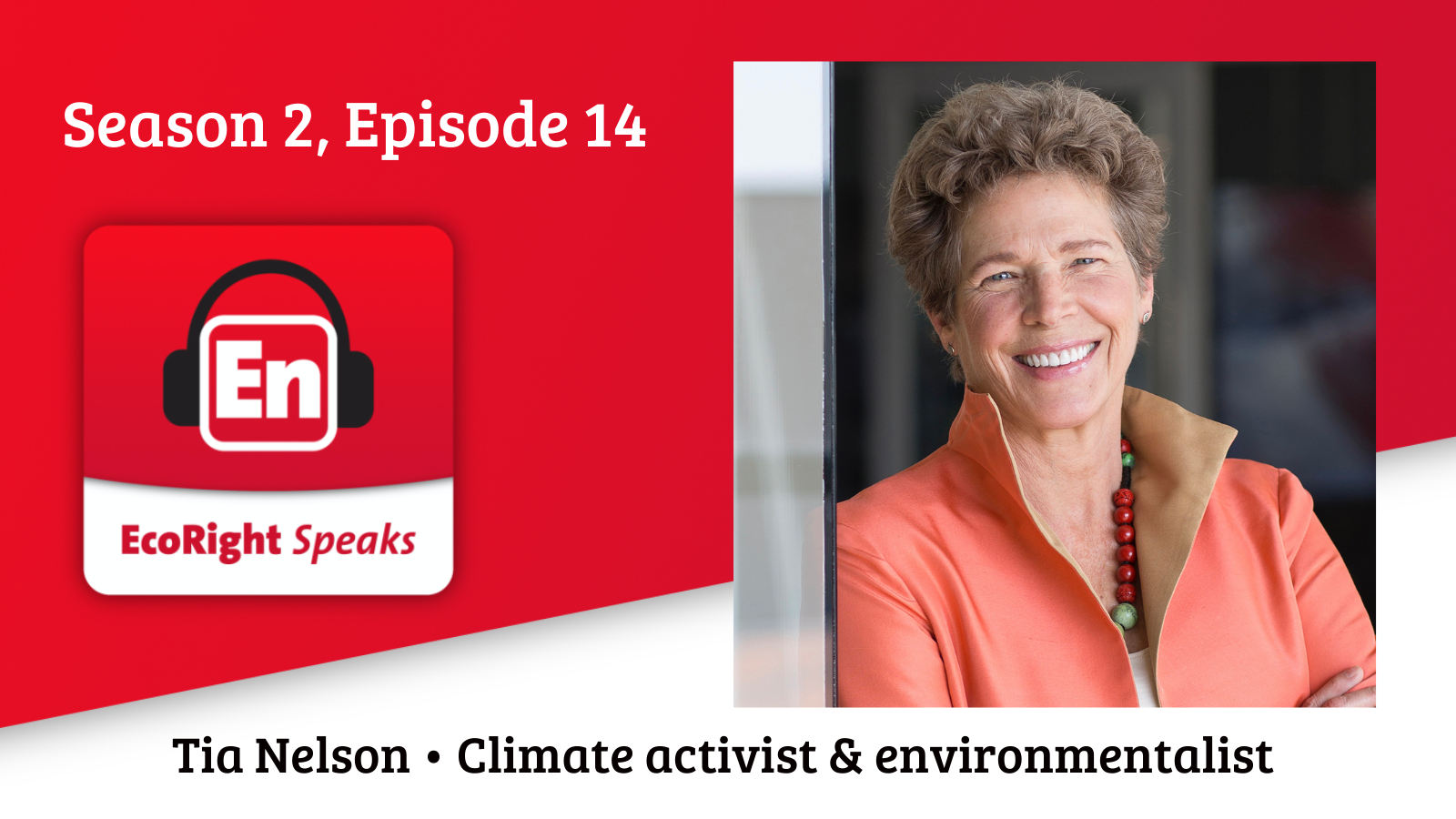 EcoRight Speaks, season 2, episode 14: Programming a podcast is fun. I was thrilled when Earth Day Royalty, Tia Nelson, responded to our request that she come on the podcast with an enthusiastic “how about tomorrow?” So on Earth Day Eve, she and I hit the Zoom and had a lovely conversation about her inspiration, her father, the late Senator Gaylord Nelson, her current work to bring people together on climate change, and her commitment to bipartisanship.

Fun fact: Tia and I overlapped at The Nature Conservancy, where she worked for 17 years, in her last position as the first director of the Conservancy’s Global Climate Change Initiative. (This was back in the day when climate change was gaining traction as a top environmental and conservation priority.)

As she mentions in our conversation, Tia was in Rio de Janeiro in 1992 when President George H.W. Bush signed the United Nations Framework Convention on Climate Change at the Earth Summit, the U.S. commitment to help fight global warming.

Eventually Tia left TNC and returned home to Wisconsin to serve as Executive Secretary to the Wisconsin Board of Commissioners of Public Lands, which included a gubernatorial appointment as co‐chair of Wisconsin’s Task Force on Global Warming.

Tia is internationally recognized as a tireless champion for environmental stewardship and climate change education, and I felt privileged to get to have this conversation with her. Now I happily share it with you.

Last week, Earth Day was marked by passage of Senator Mike Braun’s Growing Climate Solutions Act, a bill that breaks down barriers for farmers and foresters interested in participating in carbon markets so they can be rewarded for climate-smart practices. Braun called the bill “a climate solution that farmers, industry, and those who care about sustaining our environment can get behind adding that he’s “proud that this bill has been supported by over 30 senators with a strong bipartisan consensus, and its approval by the Agriculture Committee today is another win for bipartisan climate solutions designed to benefit everyone.”

Three cheers: This week, three Republican senators—Susan Collins, Lindsey Graham, and Rob Portman—joined Democrats to use the Congressional Review Act to effectively reinstate a methane rule  undone by the last administration. Methane is a particularly potent greenhouse gas that contributes to climate change and the 2016 methane rule has the support of many producers in the oil and gas industry.

From our friends at Students for Carbon Dividends: I’m always happy to see our allies get published. In his thought piece, We Cannot Solve Climate Change without Bipartisanship, George Gemelas writes:

Bipartisanship takes extra work, but it is also what addressing climate change requires. As we build toward the next Earth Day and the many more to come, we must remember America’s climate response is a relay race. It demands hustle but also smooth baton-passing from one political administration to the next. Our race against time is one we can win, but only if we pave the pathways critical for long-term coordination. 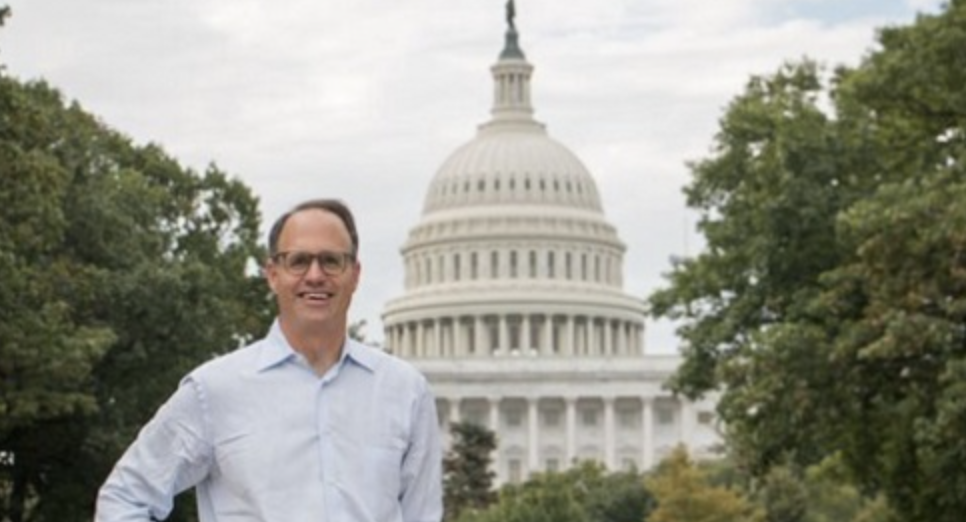 In memoriam: I was gutted to learn on Monday of the unexpected death of my longtime friend, mentor, and personal cheerleader, Adam Kolton. I will never forget his friendship or his vision, his passion for all things New York Mets and Alaska wilderness. He understood the power of bipartisanship as a key component of durable environmental policy, leading him in 2005 to hire me as the Legislative Director at the National Wildlife Federation (where he spent 15 years of his career). Adam and I just talked a month ago; he wanted my insight on building young conservative support for protecting the Arctic National Wildlife Refuge from drilling.  The ball was in my court to call him back, which I had on my to do list.

From the statement issued by NWF president Collin O’Mara: “Adam left an indelible mark on the conservation movement and epitomized the type of authentic, collaborative, and passionate approach that is the very best of conservation.”

Be well and hug your loved ones.