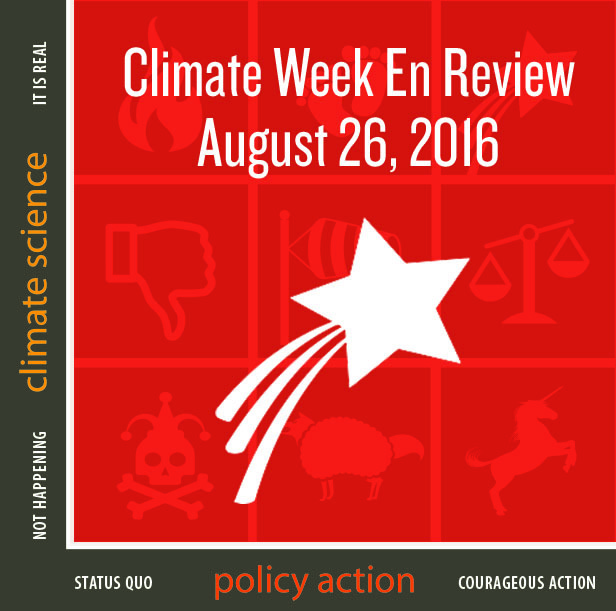 This week in climate change, Libertarian presidential candidate and former New Mexico governor Gary Johnson visited Alaska, where he told prospective voters, “I do believe that climate change is occurring. I do believe that it is man-caused.” Just last week, the residents of a tiny island village off the Alaskan coast voted to relocate its 600 residents to the mainland due to massive erosion caused by a changing climate.

Johnson said he believes that to solve climate change “there can be and is a free-market approach” that would include a fee on carbon.

Republican Massachusetts Gov. Charlie Baker announced $1.8 million in coastal resiliency grants to 19 communities to undertake projects to “help address [climate] issues in a pragmatic and proactive way.” Projects will include the creation of “living shorelines,” an alternative to seawalls to combat flooding and sea level rise, as well as helping communities assess the best strategies for minimizing damages expected by climate change impacts.

Vermont GOP gubernatorial candidate Phil Scott clarified his position on climate change at a debate with his opponent earlier this week. “I actually believe, myself, that climate change is real and it’s man-made,” he said, adding “I don’t want to get lost in arguing what the cause is.” These comments contrast to what he wrote in a forum in July when he expressed the cause of climate change “is a combination of man-made contributions as well as a natural phenomenon.”

Enjoy the hot and humid weekend! Send tidbits and tips our way!