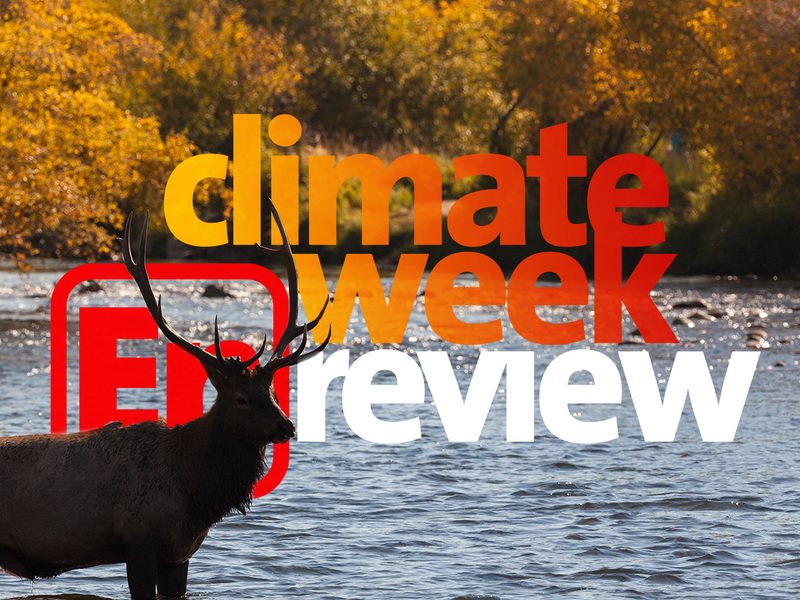 Dear Member of Congress: Do your lawmakers at the local, state and federal levels know how important climate change is to you? This letter to the editor is a nice reminder not to presume they know our priorities.

Caucus hits 70: The House Climate Solutions Caucus added two new lawmakers, including Republican Rep. Aumua Amata Radewagen from American Samoa, to reach 70 members. After President Donald Trump announced plans to withdraw the U.S. from the Paris Climate Accord, Radewagen assured she will work closely with “island colleagues across party lines to make sure our special situation of remoteness from the mainland and high vulnerability to sea-level rise are recognized and addressed.”

ICYMI: I have joined the House Bipartisan Climate Solutions Caucus.

The caucus was founded in February of 2016 by Floridians Rep. Carlos Curbelo and Rep. Ted Deutch and has been expanding at a steady pace, concurrently adding one Democrat and one Republican to keep the membership bipartisan.

Denier denied: The White House withdrew the controversial nomination of Kathleen Hartnett White, President Donald Trump’s choice to fill the role of chair of the Council on Environmental Quality. Harnett White, the former head of the Texas Commission on Environmental Quality, faced a grueling confirmation hearing at which her views on climate change were questioned. “I’m not a scientist, but in my personal capacity, I have many questions that remain unanswered by current climate policy,” she told Senate Environment and Public Works Committee members last year. “I think we indeed need to have more precise explanations of the human role and the natural role.” In 2016, she wrote that “our flesh, blood and bones are built of carbon… Carbon dioxide is the gas of life on this planet, an essential nutrient for plant growth on which human life depends.” Her nomination was likely to fail on the Senate floor.

One year ago today, the Climate Leadership Council launched with the release of “The Conservative Case for Carbon Dividends.” Read our climate plan here: https://t.co/w9oN16Q3Fo pic.twitter.com/DWAHD7RWSV
 CLCouncil (@TheCLCouncil) February 8, 2018

Climate jester: This week, perennial climate jester EPA Administrator Scott Pruitt suggested that climate change could be a good thing because human civilizations do well under warming conditions. “I think there’s assumptions made that because the climate is warming, that that necessarily is a bad thing,” Pruitt said in an interview. “Is it an existential threat, is it something that is unsustainable, or what kind of effect or harm is this going to have? We know that humans have most flourished during times of, what, warming trends?” Pruitt also called “fairly arrogant” the assumption that climate scientists know what the ideal surface temperature should be in the year 2100.

All you need is…. Looking at the calendar, Valentine’s Day is less than a week away! Don’t forget to show love and appreciation toward those change makers in your life.