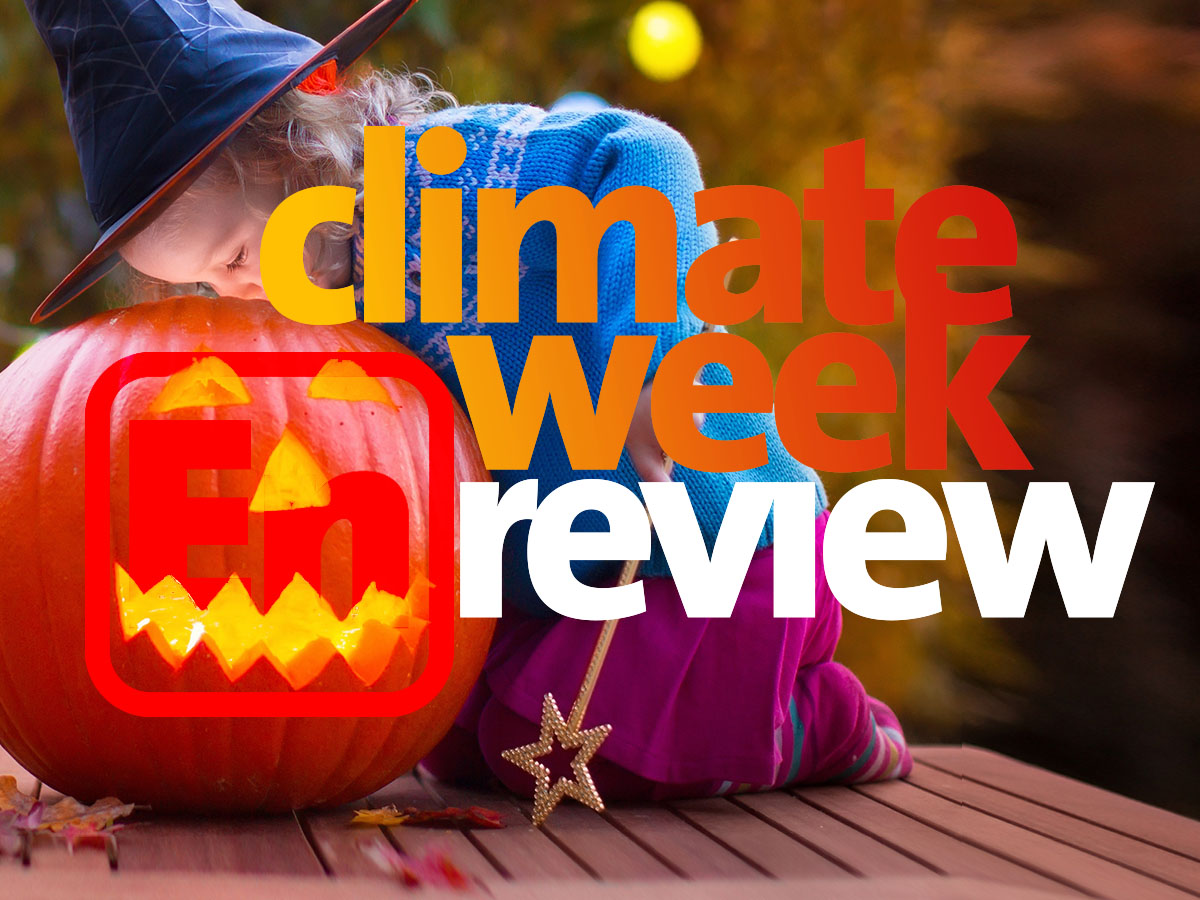 Boo! Here we are cruising through fall. Whatever spooky plans you have for Sunday, nothing is scarier than unmitigated climate change! (I know, that went dark fast…hurry, move on to the next paragraph.))

This week’s must watch: This segment from CNN delves into the history on climate science denialism and features our own Bob Inglis talking about how to depolarize the issue. 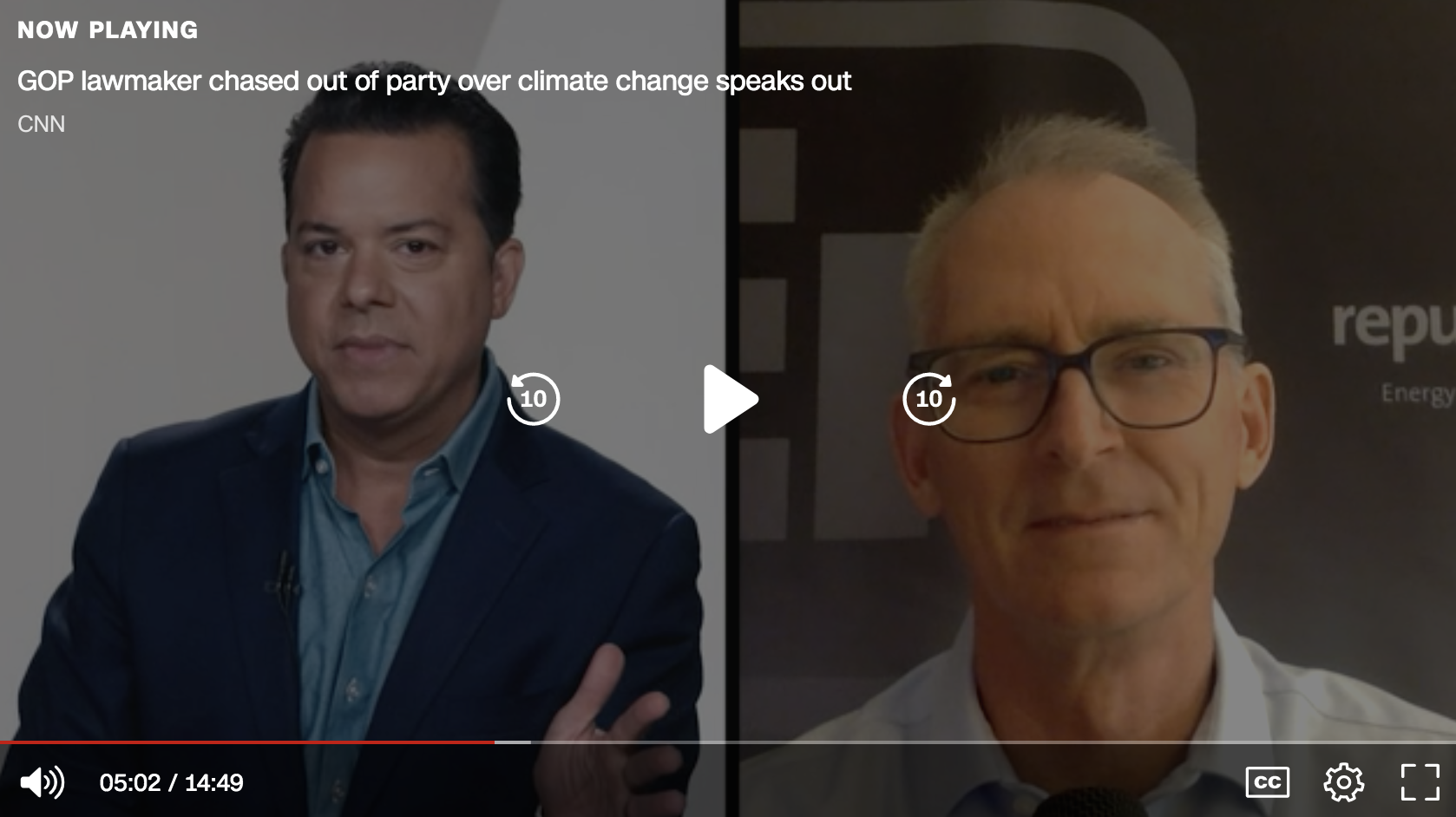 What stands out in this clip is how Bob communicates with people who may not see things the way he does. With his signature compassion and humility, he’s able to talk to climate disputers with words they connect to. Also, we hear words from the wise, allies like Young Conservatives for Carbon Dividends co-founder Kiera O’Brien and American Conservation Coalition guru Benji Backer, distinguishing themselves as the leaders to watch from Gen Z.

We adore Bob, Kiera, and Benji and are happy they are here doing what they are doing! 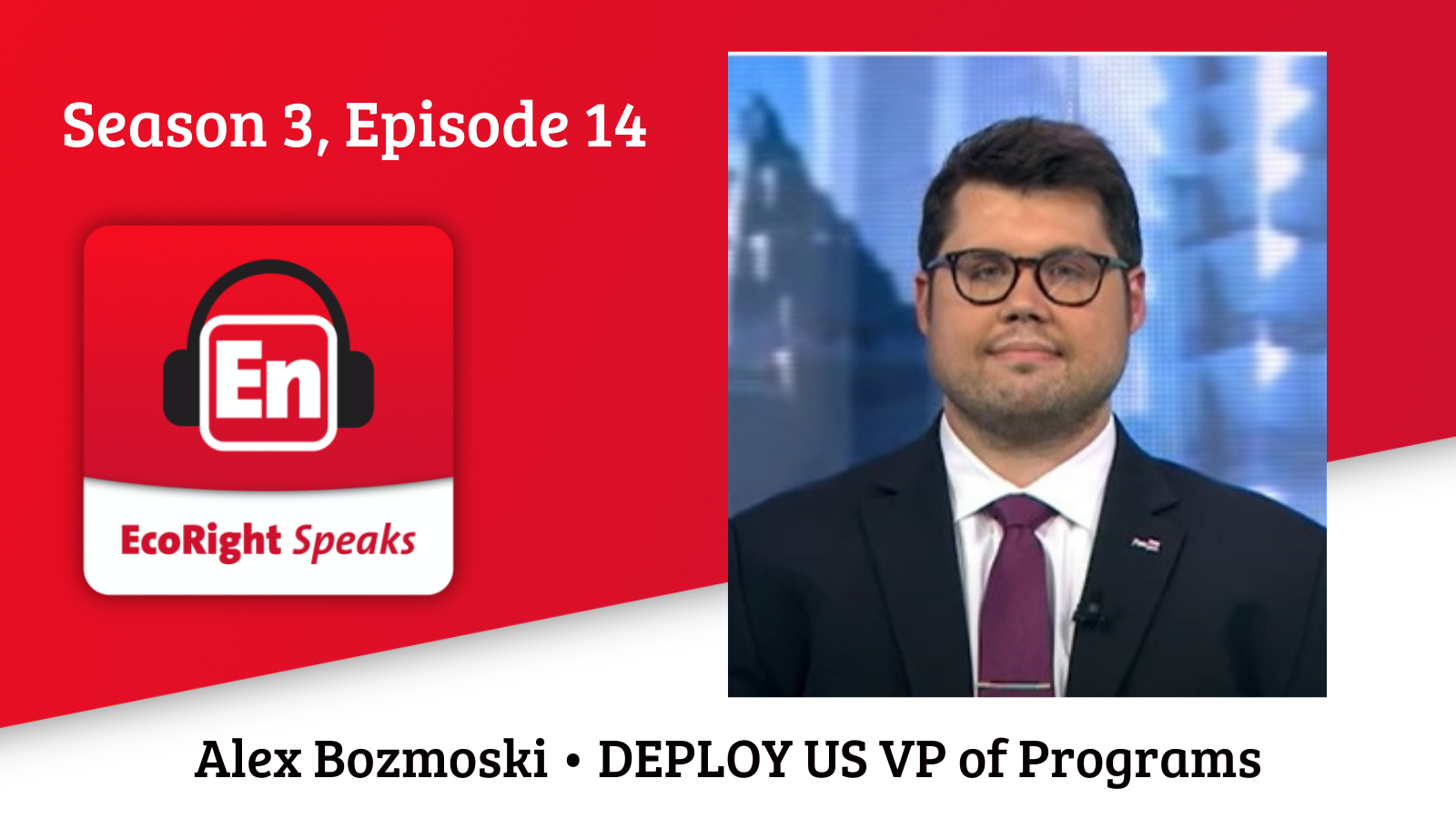 EcoRight Speaks, season 3, episode 13 👻🎃🕷(do you see what we did there?): OG EcoRighter Alex Bozmoski

We are happy to welcome back to the show our dear friend Alex Bozmoski. In honor of his appearance, I thought it would be interesting to share our origin story.

Back in 2014, our mutual friend Andrew Holland, who ICYMI has been a guest twice on the show, told us we needed to know each other. I still remember meeting Alex for coffee in downtown DC and being struck by his unbridled optimism. He was determined to find a way that we could work together and as I started out, writing a few blog posts here and there, he was my greatest advocate in moving into the position I have with republicen.org today.

But who is he? Alex Bozmoski has been chasing climate solutions for fifteen years through grassroots education, business, technical assistance, and academic research. He currently serves as VP of programs at DEPLOY/US, but before leaving us to take that gig, he co-founded  republicEn.org with Bob Inglis. He previously developed clean-energy projects in East Africa, consulted for think tanks, authored peer-reviewed articles, worked on several GOP campaigns, and designed and facilitated e-learning courses on environmental economics and policy for World Bank technical assistance programs. He holds a BA from Georgetown University and an MS in Environmental Change and Management from the University of Oxford.

We love him and hope you do too.

COP-26 starts Monday: First of all, what is a COP? In case you don’t know or are rusty on your international climate negotiations, let us refresh your memory. COP is short for Conference of the Parties, the summit attended by the countries that signed the United Nations Framework Convention on Climate Change (UNFCCC) – a treaty that came into force in 1994. The location of the COP rotates, and this is the 26th such meeting.

The COP is conceivably where international agreements/treaties come to life. Past output from this process include the Kyoto Protocol and the Paris Climate Agreement.

It’s typical for the US to send a delegation from the State Department, but also, lawmakers from the House and Senate engaged on climate change often attend too. With all that in mind, our EcoRight fave Rep. John Curtis is leading conservative lawmakers to the COP-26 starting in Glasgow next week. At a Washington Post event this week, Curtis said there will not be any “grand” announcements from the Conservative Climate Caucus at COP26, but he believes their presence and engagement is important.

“We want to find ways to support the president where we can on his agenda,” Curtis said. “And where we disagree with him, we want to put ideas forward for him to consider and hope that he’ll be as open-minded considering our ideas as he would like us to be with his ideas.”

We will be following the action and reporting any developments here.

New report on the Carbon Boarder Adjustment: As you may recall, our podcast guest Catrina Rorke is leading the way on showing how impactful a CBA is in the fight to solve climate change. As part of her work with the Climate Leadership Council she authored a new report showing the CBA is not only doable and necessary. This information is timely with the climate conference about to start.

“As global leaders convene at COP26 in Glasgow next week, delegates are looking for opportunities to increase climate ambition and nurture economic growth,” Catrina said at a webinar to release the report. “Border carbon adjustments are emerging as an attractive tool to reduce global emissions while conferring a new commercial advantage on efficient, low-carbon manufacturers.”

CLC also finds strong support for a border adjustment, with 70 percent of voters supporting the policy mechanism as a component to a national climate plan and two-thirds of voters saying they would be more likely to vote for a pro-BCA candidate.

Welcome to the team: We are thrilled to announce the addition of Dr. Joel Schroeder to the Spokesperson Team. Hailing from Kansas, he has worked as a pastor, professor, and hospital chaplain and currently serves on his local city council. He considers a border adjusted price on carbon to be a vital tool in working to combat climate change and believes that doing something about climate is a moral issue in line with his Christian values. We’re excited to work with him!

Happy Halloween! See you in November.