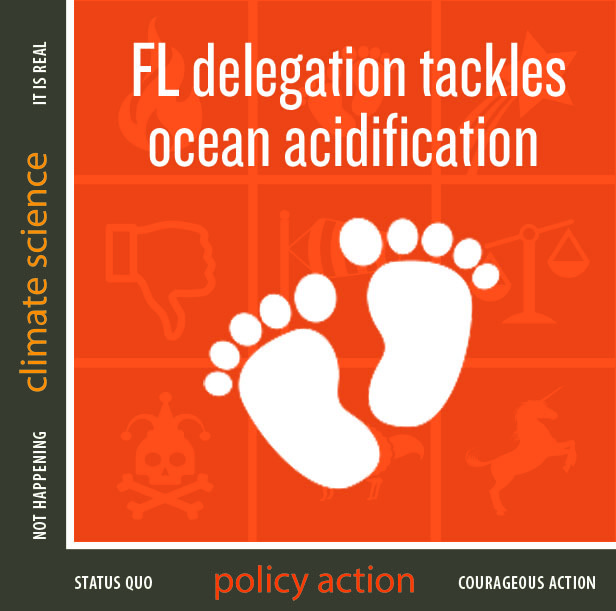 In other news, two members of South Florida’s U.S House of Representatives delegation, Reps Carlos Curbelo and Ileana Ros-Lehtinen, cite the need to overcome ocean acidification in an op-ed published in the Miami Herald. “Our coastal waters are facing tremendous challenges from continuing pollution and water quality issues, and now from ocean acidification as well,” they write. Increased carbon dioxide emissions contribute to ocean acidification, which in turn exacerbates climate change. Ocean acidification has already disrupted the shellfish industry in the U.S., and according to Curbelo and Ros-Lehtinen, its impacts on species and coral reefs “can ripple out to touch all our lives.”

The National Oceanographic and Atmospheric Administration estimates that tourism, recreation and fishing related to South Florida’s coral reefs generates more than $4.4 billion in local sales and $2 billion in local income.

Curbelo and Ros-Lehtinen are cosponsors of the bipartisan Coastal Communities Ocean Acidification Act, which would conduct vulnerability assessments of U.S. coastal communities, and both are members of the Climate Solutions Caucus. 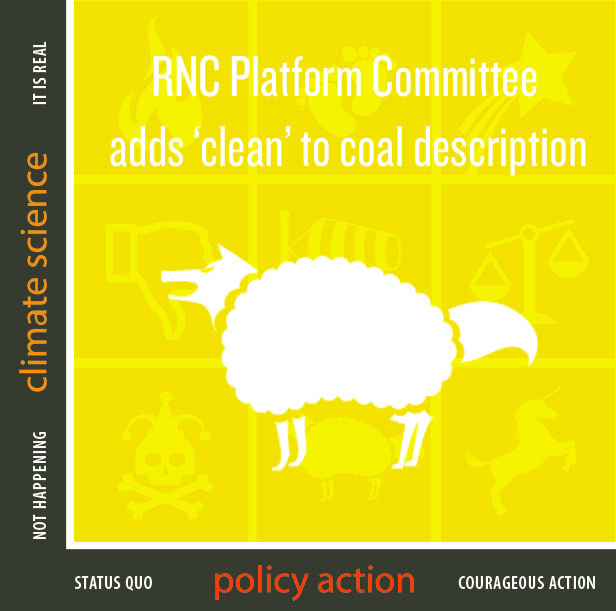 In a meeting held this week, the Republican National Convention platform committee unanimously adopted an amendment to add the word “clean” to a list of describers about coal. The amendment was offered by Texas delegate David Barton, who made the motion to “insert the adjective ‘clean’ along with coal, particularly because the technology we have now.” Barton did not specify what technology he was referring to or whether he meant carbon capture and storage (CCS), a method of capturing carbon emissions and storing them underground, which has proven cost prohibitive for most U.S. coal-fired power plants.

After the adoption of the amendment, the RNC draft platform statement on coal now reads: “The Democratic Party does not understand that coal is an abundant, clean, affordable, reliable, domestic energy resource.” 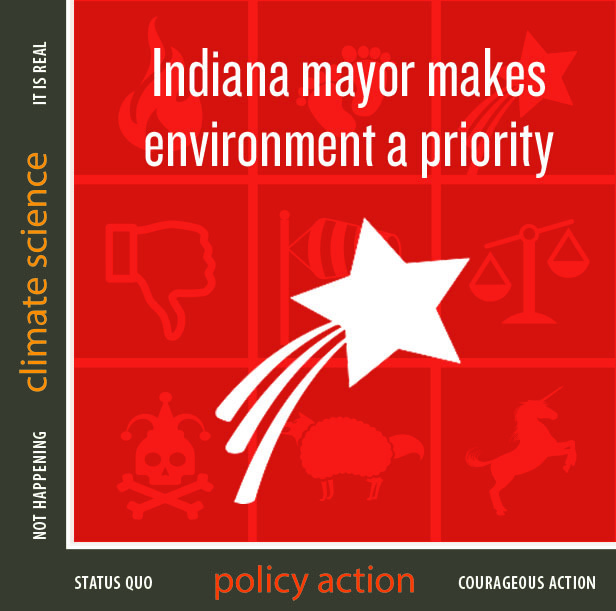 In red star news, Jim Brainard, the six-term Republican mayor of Carmel, Indiana, says we “need to take action” on climate change and that he hopes the next president recognizes “there are huge business opportunities in producing the sort of products that will reduce air pollution and carbon.”

“When describing the tenets of being Republican, and of conservatism, a lot of it is about being willing to take personal responsibility for your actions and your choices,” says Brainard, who bikes to work. “There seems to have been a willingness to forgo that and not take responsibility for the way our use of fossil fuels will affect future generations.” Brainard notes his form of environmentalism follows the tradition of former presidents Teddy Roosevelt and Richard Nixon and is rooted in fiscal responsibility.

“Somebody has to make the windmills, come up with new technology, the hydro-plants. We may make things in China and other places, but the technology is developed here. Let’s make new products the rest of the world wants. I haven’t yet met a Republican or Democrat who wants to drink dirty water or breathe dirty air.”