This week in climate change, we reported on three current lawmakers and one former lawmaker committed to seeking conservation principles. 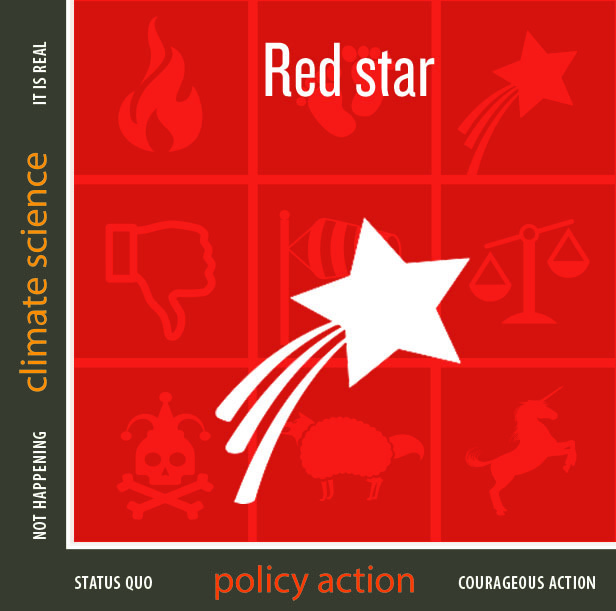 Earning our highest accolades this week, Coral Gables, Florida Mayor James Cason, swayed by modeling showing his city partially underwater in just a few decades, says he spends as much time thinking about climate change as he does trash collection and other typical municipal functions.
“You know, I’d read some articles here and there,” the Republican mayor recalls, “but I didn’t realize how impactful [sea level rise] would be on the city that I’m now the leader of.”
Coral Gables, where Cason has held office for six years, is a seaside town not far from Miami. He had officials map the entire city’s elevation and identified priority at-risk places such as school, hospitals and evacuation routes.
“History is not going to look kindly on us as elected leaders for not taking a leadership position,” Cason said though he admitted his constituents don’t necessarily share his concern. “I want to be able to say, ‘we told you about this.'”

“As far as his energy policy and his environmental policy, I’m opposed to almost everything he’s talking about,” said Whitman. “He’s talking about rolling back all the protections we have to ensure that we have clean air and clear water and a good quality of life.”

“He is buying into this idea that somehow the environment and economic growth cannot go hand in hand, and that is just wrong,” Whitman noted, calling Trump’s focus on reigniting the coal industry “against the times.” She further commented that there aren’t “any credible scientists who say that climate change isn’t occurring.”

“Environmental protection is a Republican issue. The first president to set aside public land was Lincoln. It was Nixon who established, with a Democratic Congress, the Environmental Protection Agency. This is in our DNA. Conservation is inherently conservative, and it should be something that we embrace,” Whitman said. “You can have economic growth and a clean and green environment. We’ve done it. It’s not a zero-sum game.”

Expressing similar sentiment, General Contractor Jeff Gallant is seeking a county commissioner seat in Jefferson County, WA as a Republican, but won’t take the endorsement by local or state party officials until they acknowledge that climate change is caused by human activity.

“I’m not applying to be an activist. I’m applying to be one of the top officers of Jefferson County,” he said. He pointed to ocean acidification’s impacts on shellfish growers as an example of how climate change could hurt the local economy.

“The threat of climate change can cause a lot of reaction, and I think it’s important that we keep that reaction at the county level in perspective of what we can do,” Gallant said, pointing out that “NASA is on board and Wall Street is and has been on board for awhile.” 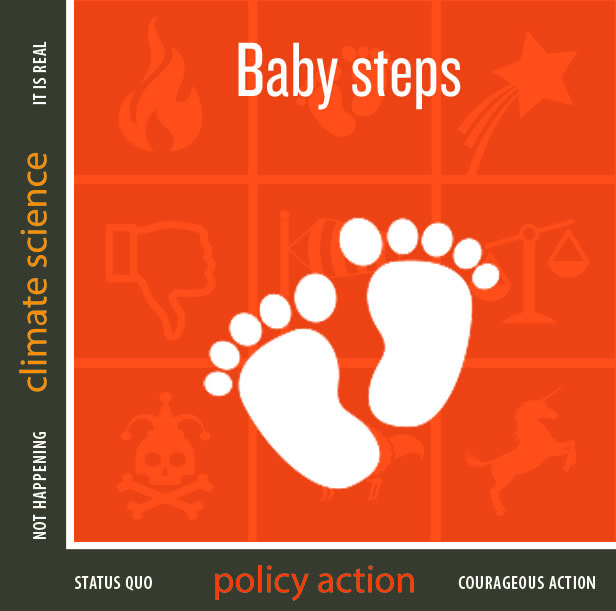 In the baby steps category, we highlighted GOP State Senator Richard Alloway, who represents South Central Pennsylvania. He professes to be a life-life environmentalist who since childhood has enjoyed hunting and fishing.

“You can be a conservative and be pro-environment,” Alloway said. “What’s the heart of the word conservative? It’s ‘conserve.'”

Appointment to the Chesapeake Bay Commission two years ago led him to an active leadership role in protecting the vast estuary, which provides no beachfront to his state but is nonetheless impacted by its actions.

“I’m sort of an interesting spokesman, which is why I take this role so seriously,” he said of his role on the Commission. “I think I’m the guy who can bridge the gap between the left and the right. Let’s lower the rhetoric. Let’s talk about what we can agree on, and what we can get done.”

Alloway believes the climate is changing and that human activity contributes to the problem. As one of the efforts to protect the Bay, he is committed to reforestation projects, last year leading the planting of 3,000 trees in his district and adding 1,500 to the tally in April. The trees, sheared away during Superstorm Sandy, provide a multitude of ecological benefits to the Chesapeake Bay and surrounding ecosystems.

“I think that my generation, and the next generation, of Republicans are going to have to be pro-business and pro-environment,” he said. “The future of the Republican Party is a conservative and environmental-minded official.”

“We’re seeing the impact of climate change on so much of our economy, whether it’s fishing or forestry or maple syrup producers,” noted Collins, a longtime supporter of climate action.

“I want to take care and be a good steward of what I’ve been given and I want to leave the land, soil and water in better shape than what I found it,” Black said.

University of Massachusetts scientists are researching the impacts climate change will have on maple sugar production in the northeast.