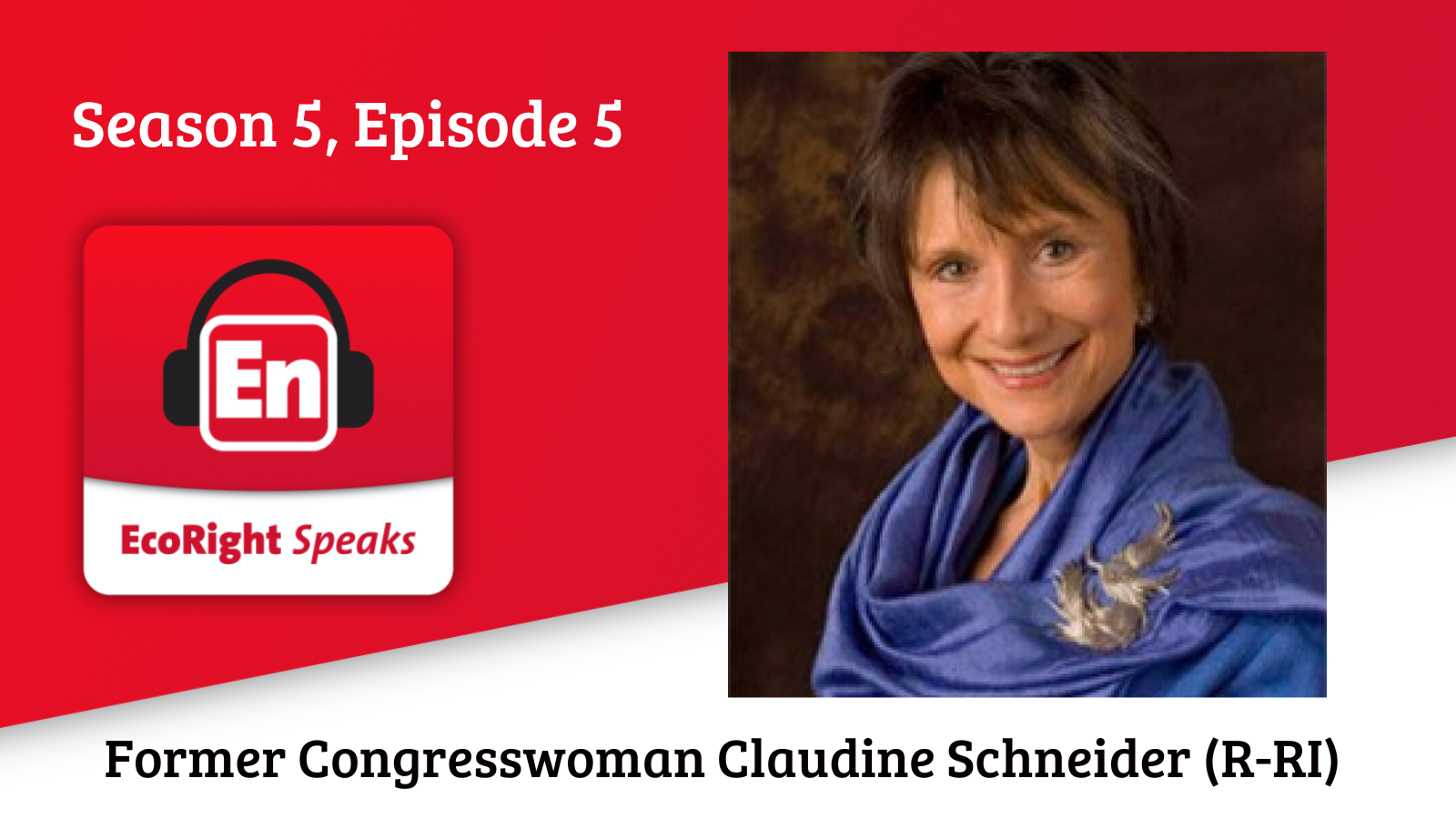 This week, I spoke with former Rhode Island Congresswoman Claudine Schneider, who was elected as a Republican to the 97th Congress and was re-elected to the four succeeding Congresses, serving from January 3, 1981, to January 3, 1991 for Rhode Island’s 2nd congressional district, the first woman to do so. During her time in office, she was a pioneer for climate action, introducing one of the first comprehensive bills, the Global Warming Prevention Act.

A passionate champion for climate action, Claudine now makes her home in Boulder, Colorado where she still works as a consultant on a range of issues important to her, including ecological economics. She’s a friend of our executive director, Bob Inglis and was a friend of my former boss, the late Senator John Chafee, who originally coaxed her to run for office.