GUEST POST: By working together and enlisting American ingenuity, we can do this 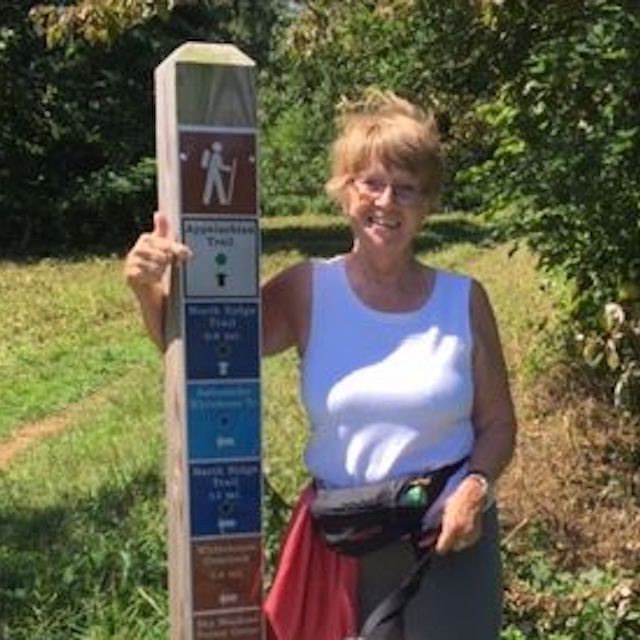 This Letter to the Editor originally appeared in the print edition of the Fauquier Times. It is republished here with their permission.

On Saturday, a group of local students led a climate march along Waterloo Street and down Alexandria Pike to Eva Walker Park. It was a bit of a motley crew, including oldsters as well as students, complete with police escort, and capped at the end with a group phone call to U.S. Rep. Bob Good (R-5th). All those present, young and older, were committed and positive, and the leadership shown by Cameron Morris, Audrey Navin, and Santino Martello was inspiring.
For many people, however, it is easy to get discouraged about climate change – from this interminably hot, thunderstorm-laden summer, to the massive wildfires in the west, to new evidence that the Gulf Stream is destabilizing, to the latest IPCC climate report.
We are beyond climate denial. Most Americans, including Republicans and conservatives, recognize that climate change is happening now, is caused at least in part by human activity and poses dramatic risks. (https://www.pewresearch.org/science/2020/06/23/two-thirds-of-americans-think-government-should-do-more-on-climate)
Yet many are hanging back, some from aversion to the political shouting about climate change, some from feeling it is hopeless to stop climate change, some on the right with an aversion to “big government” solutions, and many just busy with the demands of their daily lives.
To all of you, I would say: We can solve climate change. And we can do it with American technological ingenuity, with marketplace incentives that will drive us to cleaner energy, with agricultural practices that are good for farms and farmers, and with incremental changes in our personal choices.
Here are a few of the leading examples: dramatic increases in renewable power driven by cost reductions in wind and solar; 1,000 wind turbines proposed in conservative and fossil-fuel rich Wyoming; research showing that modest addition of algae to cattle feed reduces methane from cows; Ford Motor’s commitment to producing all-electric F-150 pickups that perform as well as regular pick-ups (with 50,000 customer orders within 48 hours of launch); methane-eating microbes in paperbark trees; kelp microfarms in the oceans that soak up gigatons of carbon through photosynthesis and much, much more.
But most of all we need to use the marketplace to provide an incentive that will propel businesses and households forward, to reward businesses that invest in low-carbon solutions, to reward households that make low-carbon choices.
If we put a price on carbon, upstream, at the source, and if we steadily increase that price over time, we will be driving everyone in the right direction – without growing government.  We can let the marketplace sort it out, avoiding thousands of pages of prescriptive government legislation and regulations that aren’t flexible enough for fast-moving technology, and with far lower government spending and government debt.
And if all the revenue from a carbon fee is sent back to Americans with monthly dividend checks, it stimulates the economy, drives growth in low-carbon jobs, and helps households adjust to the changes we need.
It’s called “Carbon Fee and Dividend,” and it is the most powerful, fastest way to reduce greenhouse gas emissions. It reflects conservative values by relying on the marketplace. It reflects liberal priorities by achieving the most GHG reductions and protecting households. Several bills in Congress embody this approach, American businesses are on board, and many in the Biden administration are supportive, though it hasn’t (yet) been incorporated into Biden’s proposals.
In fact, Treasury Secretary Janet Yellen said “We cannot solve the climate crisis without effective carbon pricing.”
And entrepreneur Elon Musk said, “My top recommendation, honestly, would be just add a carbon tax.”
If you are among the vast majority who are increasingly concerned about climate change, take heart. There are many solutions emerging.  For the sake of your children and grandchildren, for our economy and our environment, please don’t hang back.  Speak up, get involved, call U.S. Sens. Warner and Kaine (D-Va.), and Rep. Good. The sooner the better. Today would be best of all!
Cindy Burbank
← Last Blog Post Next Blog Post →