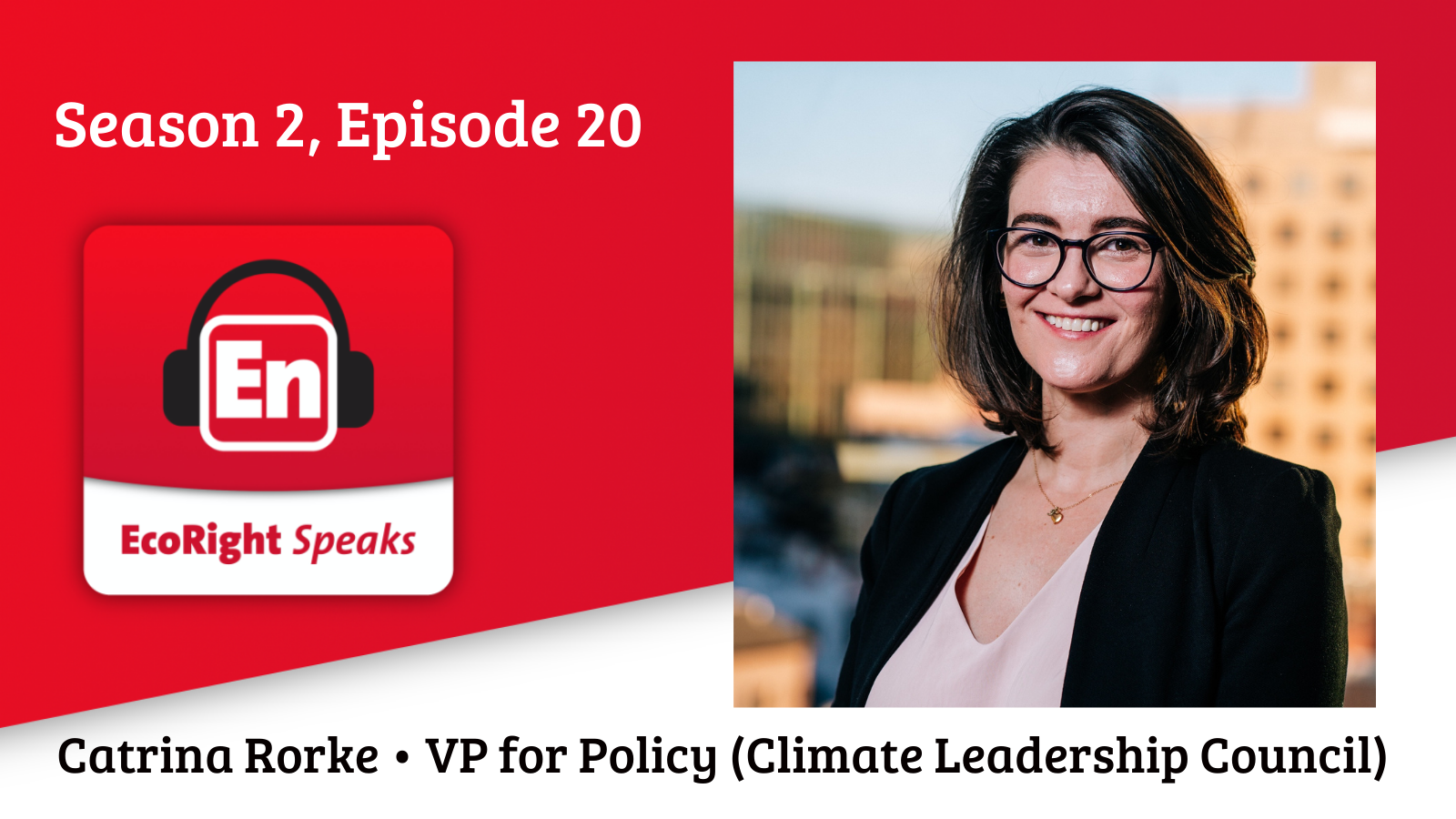 For today’s one year anniversary of podcasting and the 20th episode of season two, we have a very special guest. Catrina Rorke is Vice President for Policy at the Climate Leadership Council. In this role, she develops the details of the Baker Shultz Carbon Dividends Plan in consultation with four dozen Founding Members, including corporate leaders, environmental nonprofits, and influential individuals. She also manages the Council’s research program and supports the Council’s advocacy and outreach activities.

Prior to joining the Council, Catrina served as Director of Energy Policy and Senior Fellow at the R Street Institute, a free-market and limited government public policy organization, where she founded the Institute’s energy and environment program. She also previously founded the energy program at the center-right American Action Forum, an economic, domestic, and fiscal policy think tank. And as a legislative assistant to our own Bob Inglis, she helped craft the first Republican-sponsored carbon tax bill. Bob joins me to reminisce about their work on the Raise Wages, Cut Carbon Act as well as discuss an exciting new case study that Catrina recent spearheaded with the Climate Leadership Council.